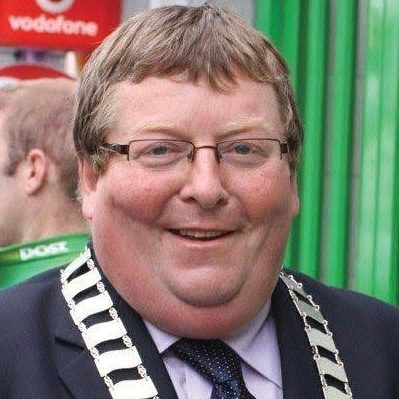 A new car park in Letterkenny will be named after the well-respected Town Councillor Tadhg Culbert, who died in 2013.

The High Road car park, located in the place of the old Fire Station, is to be named the Tadhg Culbert Car Park.

The motion was proposed by Councillor Ciaran Brogan, who said that it is a fitting tribute to his memory and his family. The high road was a location very close to the heart of the late councillor, where he spent many years of his life.

The proposal was welcomed by all members of the Letterkenny Municipal District Council.

Tadhg Culbert was a Tipperary native who came to Letterkenny in the 1970s and worked in the Post Office. He was first elected to the Town Council in 1985 and was appointed twice to the role of chairman. He was also elected as mayor of Letterkenny in 2010.

Mr Culbert was deeply involved in his community and a proud supporter of Donegal football and Tipperary hurling. He was a member of the Letterkenny Rovers committee and involved in St. Eunan’s GAA club.