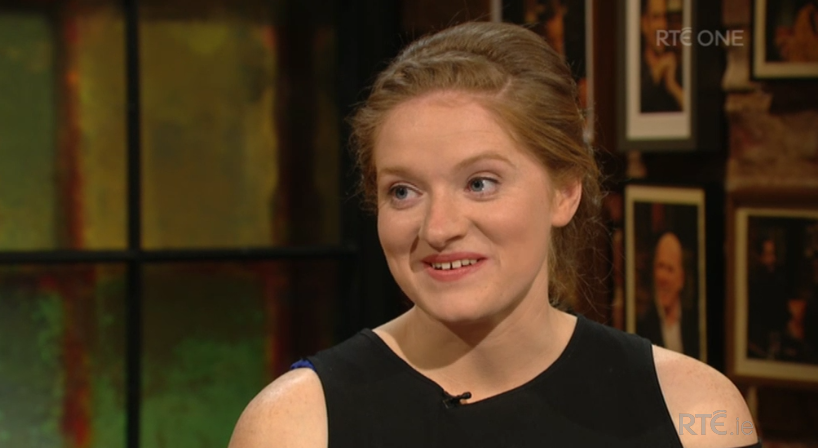 Donegal native Danielle was joined by two other female farmers; Karen Eliffee and Ashleigh Fennel, who discussed how they got into farming, their biggest challenges, and whether or not they are treated differently due to their gender.

As International Womens’ Day took place on Wednesday, host Ryan Tubridy said that he felt it was appropriate to interview female farmers as they are breaking down barriers and paving the way for other women interested in agriculture in what is traditionally a male dominated arena.

Although just 12% of Irish farms are owned by women, this figure is set to rise due to the amount of women studying agriculture at third-level and the disappearing tradition that farms should go to the sons to “keep it in the family name”.

Ambitious 22-year-old Danielle manages a 170 cow farm in Tipperary, and is aiming to be within the top 10% of Irish farmers.

Danielle said “I grew up on a farm. I always followed my dad and my grandad around. From an early age – since I was a toddler, I’ve always been interested in it.

“Even when I was in secondary school I used to always skive school and go to the mart because the mart was next door, so mum and dad might get a phone call saying “Danielle’s not in school today where is she?” And dad would say “aw she’s in the mart again!”

Danielle’s two sisters who still live in Donegal also help her father with the farm.

The biggest challenge Danielle faces in relation to farming is the day to day management of the farm. “I’m only out of college, and this is the first step into the big bad world.” However through discussion groups and support from her colleagues, Danielle is making leaps and bounds.

When asked if she is treated differently due to her age, she said “no. You have a voice, you need to use it” and stressed that there’s “ways and means of getting around” any obstacle that may come her way.

When Tubridy asked one of the other farmers about castrating bull calves, Danielle had the audience in stitches after her quick and witty response; “She can give you a demonstration if you like!”

Danielle told Tubridy how she always loved the farm, and loves being out and about. She said that “there’s no point in sitting back and tipping along, you have to push yourself.”

Danielle Stewart discusses being a female farmer on ‘The Late Late Show’ was last modified: March 11th, 2017 by Elaine McCallig