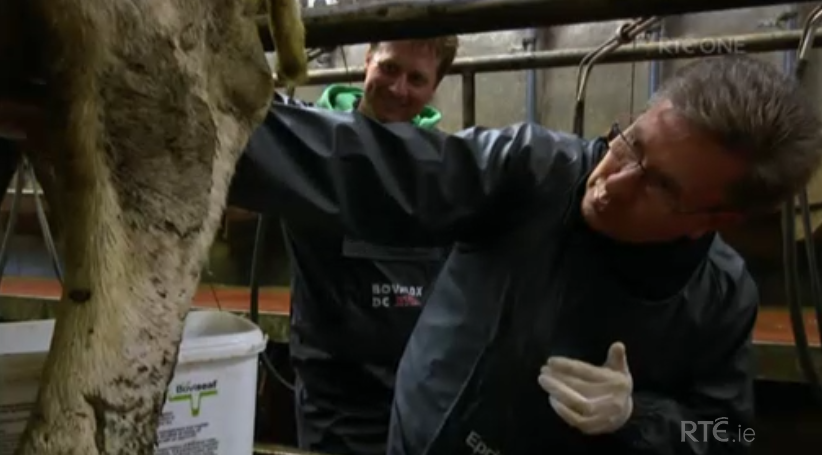 Daniel O’Donnell had a close encounter with a cow’s manure when he attempted to milk a dairy cow while filming ‘Daniel and Majella’s B&B Road Trip’.

Daniel was being shown how to milk a cow by Oliver O’Gorman at Glasha Farm House in Ballymacarbry in County Waterford in the second episode of the new series.

He said “come on now don’t be shy” as he began milking the cow – and the cow certainly wasn’t shy as Daniel narrowly missed being showered in fresh manure!

Although the cow missed, Daniel fled back into the house and will probably be avoiding cows for the rest of the series!

You know what they say about sh*t – it happens!

You can catch this unmissable episode on RTÉ One at 8:30pm on Tuesday evening.

They kicked off the new series of the programme on Tuesday last by staying with Nancy at Lee Farmhouse in Kerry who took them dancing. Daniel treated everyone to a song before fulfilling Nancy’s wish of waltzing with her. He also showed them the “Donegal slosh”, and Nancy remarked that he’s “fantastic with his moves!”

They then went on to Noel and Lorna Burke’s Gallán Mór B&B on the Sheep’s Head Way in Cork. Lorna baked them some sweet treats before taking them out to see their 120,000 bees!

To watch episode one in full you can get it on RTÉ player by clicking here.