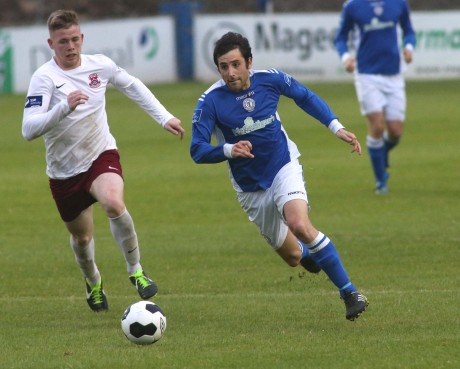 Gareth Harkin came in for his first start of the season last night and says Finn Harps will have to retain their battling qualities for the remainder of the season.

With four games of 33 gone, Harps have four points after bagging a first win of the campaign against St Patrick’s Athletic.

“We have 23 players there now and the standard is very high,” Harkin said.

“You look at the quality of Paddy (McCourt) and what he does for the young players.

“We can bring in a few and we still have men to come in. We do have strength in depth and we’ll need that.

“There are a lot of new players there and it’s a great bunch. It’s a pretty young team and we’re all gelling.

“It’s good to get the first win, but the focus turns to Limerick now. We have a bit of confidence now.”