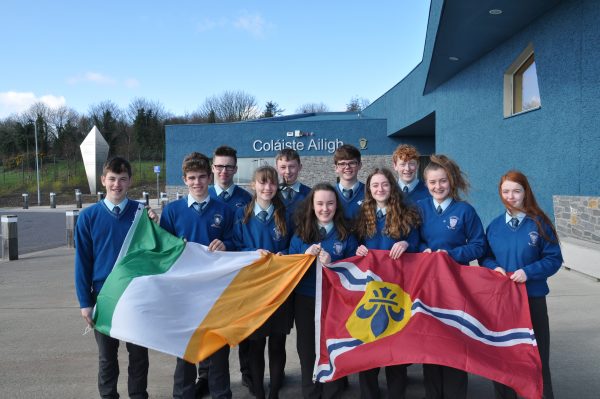 Coláiste Ailigh pupils are off to Meet Friends in St. Louis!

Twelve lucky Coláiste Ailigh Transition Year students are off to St Louis for three weeks as part of an exchange program with four private high schools.

The six girls will be attending Villa Duchesne and St Joseph’s Academy whilst the boys will attend Priory College and De Smet High School.

The program, now in its 12th year, is a fantastic opportunity for the students and one of the main highlights of their Transition Year program.

The exchange program is jointly organised by Coláiste Ailigh and the Donegal Friends of St Louis who have been promoting economic, cultural, tourist and educational links between the two counties since 1992.

Coláiste Ailigh pupils are off to Meet Friends in St. Louis! was last modified: March 20th, 2017 by Rachel McLaughlin

Dream a Little Dream of Me: Friends...

Great opportunities for men in childcare

A new page turns in the story...

How No Barriers changed Charlie’s life