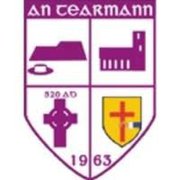 We would like to express our sincere thanks to Cllr Liam Blaney, Cllr Kieran Brogan, Cllr Jimmy Kavanagh, Cllr Michael McBride, Cllr James Pat McDaid, Cllr John O’Donnell & Cllr Mick Quinn for kindly allocating funds from their Development Funds to help the club expand upon and improve facilities at the Burn Road.  We would also like to take this opportunity to wish Cllr Mick Quinn all the best on his retirement from Donegal County Council.

Our U14 girls got the season of to a flying start with 4-2 to 3-4 win over St Nauls. While this was great effort by the whole squad, Orla Corry had an exceptional game in goals. Congratulations to Orla Corry on being made captain and Caithlin O’Hara as vice captain. Thanks to Joe O’Donnell for officiating the match. The U14 squad was Orla Corry (2 goals), Ella McGlynn, Katie Mellett, Rebecca Steel, Aibhe McDaid, Mary Crumlish, Micheala Gallagher, Lauren Russell, Ciara McGarvey (2 goals), Sophie Curran, Jodie McFadden (1 point), Chelsea Gorman, Caithlin O’Hara (1 point), Orla Gallagher, Jenny McGettigan, Tara Stewart, Kirsten Fowell, Ciara Doyle, Katherine Black, Edel McGettigan, Leitisha McGarvey, Ava Kerr, Aine McLaughlin, Kelsee Fay. Also congratulations to Aoife Giles who missed the match as she was competing in the U14 All Ireland Shot Putt which we are delighted say won gold. Under 14 training takes place at the Burn Road on Tuesday evening at 7pm. There is a home game v N. Conaill on SUNDAYat 5pm.

Under 12 training Tuesday at 5.30pm at Burn Road and there is a game on THURSDAY against St Michaels away, time TBC.

The junior team played there 1st league game on Sunday evening away to Ardara and came away with a victory, despite fielding a very young side. The girls took the fight to the opposition from the word go and were 7 pts up at half time, ardara came out fighting and scored a penalty and 2 pts without reply. The girls dug in and with some great defending and attacking play regained control of match and seen it out with a 2-9 to 1-3 score. Next up is a home game v Naomh Mhuire at home on SUNDAY at 11am. This was a great start to year and experience for these girls who mostly made up of u16 and minors ladies. Hopefully well see a few of last year’s team out soon. U16 and minor ladies training continues with and day and time tbc.

Our Donegal u16 players  Rionach, Eimear, Mya and Sarah made the journey to Downpatrick to play Down on Saturday for their 2nd ulster championship game and they came away with a convincing victory.  Eimear, Rionach and Mya started game with Sarah a 2nd sub, all girls gave a good account of themselves. Next up for them is a challenge game v Sligo on SATURDAY and then they play Derry in championship the following Saturday.

Well done to the Donegal senior ladies who recorded an excellent away win against all Ireland champions Cork away on Sunday. This week they play Mayo at home in their final league game, scheduled for St Mary’s Convoy at 2pm on SUNDAY.

Bingo continues at 9pm on Friday night at An Craoibhín, and this week we especially look forward to the support of the Junior Ladies. Over €4,000 in prizes can be won on the night, there will be €2,600 in prizes given away on the night, and a snowball of €1,550 also to be won.

This week’s draw takes place in the Lagoon with Kath McSharry and Nicola Doherty co-ordinating and the jackpot stands at €1,600.

Both men’s teams take to the field on SUNDAY with Aodh Ruadh Ballyshannon providing the opposition.  The Reserves play at 1.30 and the seniors at 3.00 pm.  All support welcome.

MINOR BOARD in ASSOCIATION WITH KELLEY’S CENTRA, MOUNTAIN TOP

Our FUNDAMENTALS coaching for 2017 continues on Saturday morning in Kilmacrennan NS. The U6 boys and girls that’s all those born in 2011 ans 2012 will be indoors from 10.30-11.30 with U8s will be on the astro at the same time. Following that the U10 boys and girls take to the astro at the same venue from 11.30-12.30. All U8s and U10s should have their own water, warm clothes, gumshield and gloves. We had a fantastic turnout for our first day out of 2017, please make a special effort to bring your child along.

U12 league fixtures -we are starting on SATURDAY 05.04.17 v St Eunans away.  Second game will be at home to Gaoth Dobhair on WEDNESDAY 12th April.

Coaching for U14 boys has now also started on Fridays 7.30-8.45 at Illistrin. Again ensure the U12 and U14 boys have €2 to cover the hall and pitch hire, appropriate clothing bottle of water, gumshield and gloves please  U14s have a challenge game against Ardara at the Burn Road on FRIDAY evening.

Our U16s start their campaign with a game against Gaoth Dobhair at the Burn Road at 6:45 pm  on THURSDAY so it’s imperative that all boys are at training for the next few weeks.

The Minor Boys played Gael Fhánada tonight in Trialough, in very windy conditions and came away with a draw.  Next up is MONDAY 10th April away to Gaoth Dobhair, followed by a home game to Cloughaneely on HOLY THURSDAY.