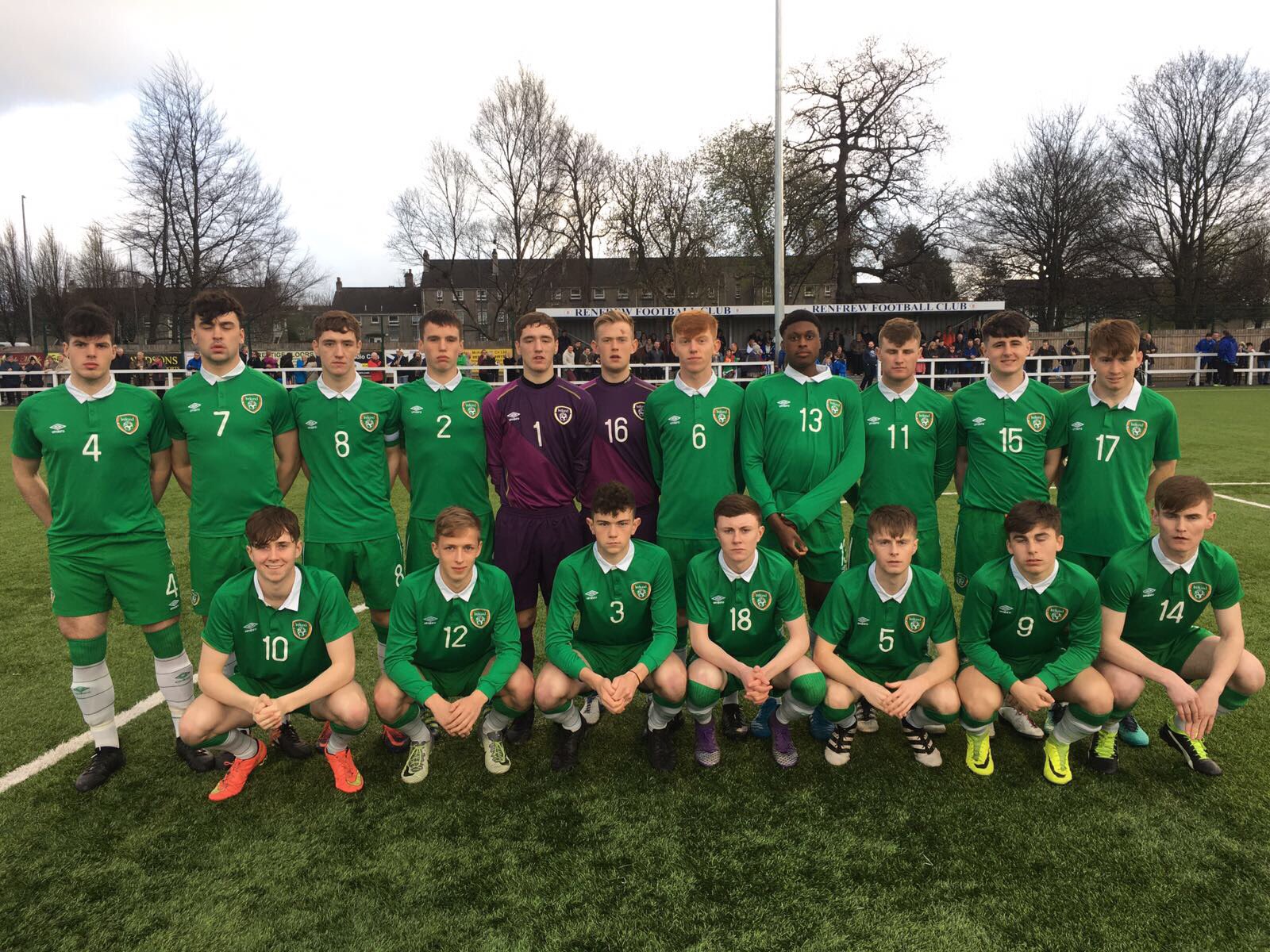 Finn Harps U19 goalkeeper Jamie Bell made his debut for the Republic of Ireland Schoolboys who lost 1-0 to Scotland in Glasgow last night in the third series of matches in the international Centenary Shield competition.

Bell who is a student at St. Columba’s College in Stranorlar had been the reserve keeper in the previous two games that resulted in victories against Wales and Northern Ireland.

Also starting an international game for the first time was Ramelton’s Connor Gormley who is a student at Loreto Community School Milford while Sean McBride a student at St. Columba’s College in Stranorlar came on as a second half sub.

Another Finn Harps player Shane Blaney, who is at St. Eunan’s College Letterkenny, missed last night’s game due to a hamstring injury.

The Scots winner last night came after just 10 minutes. A home win next Thursday against England in Dublin will still secure the title for the Irish.