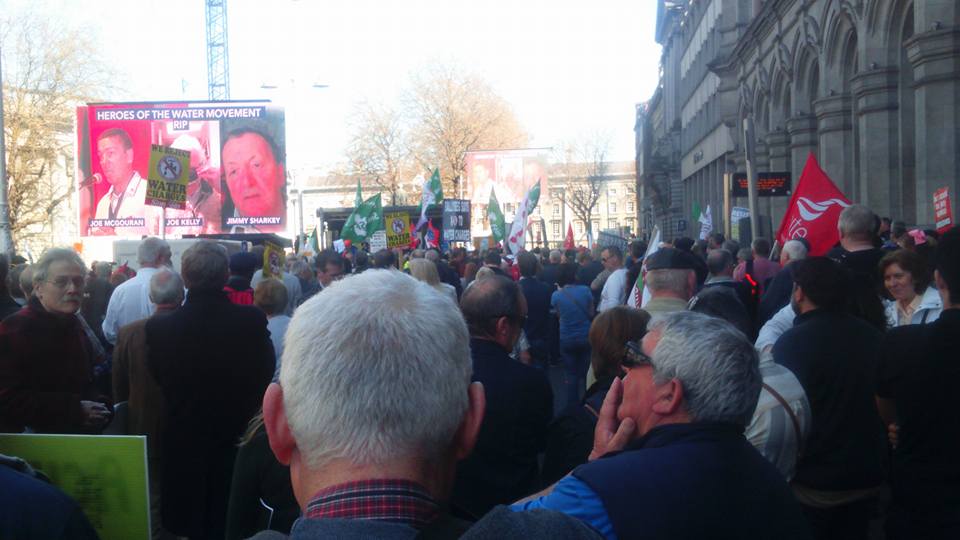 Joe McGouran, Joe Kelly, and Jimmy Sharkey were fondly remembered yesterday, with water protesters honouring their memory by putting their pictures and names on a large screen in Dublin city centre, before giving the three men a round of applause.

Jimmy Sharkey from Calhame, Annagry passed away suddenly at the end of last week.

He had been planning to attend Saturday’s demonstration in Dublin.

Philip McFadden of Right2Water Donegal said; “Never forget all those who started out with us on our journey who have been lost since.

“Jimmy loved this movement and was busy promoting today’s demonstration right up until his passing last Thursday. 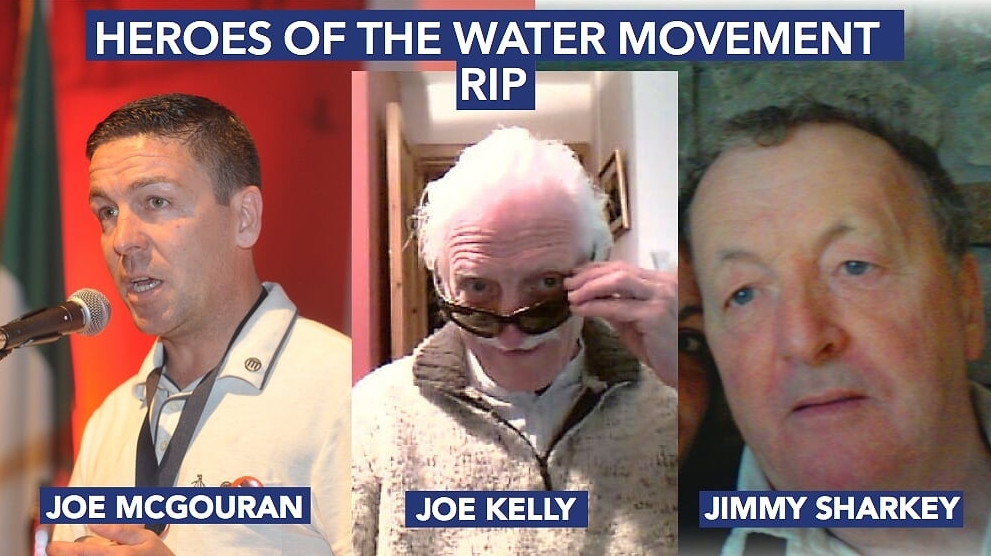 “Joe McGouran was a steward at every Right2Water demo until Saturday. A Mandate Representative and Street Trader, our comrade Joe died suddenly just 4 weeks ago.

“At the last Right2Water demo Joe Kelly walked along George’s Street with me making me smile with his good humour and typical words of encouragement. Joe died just weeks later and would have been 79 today if he could have joined us.

“We miss them all, and all the others we have lost on our three year journey. Yesterday the throng paid a powerful tribute to them with a rousing minute of applause.

“They are always with us,” concluded Mr McFadden.