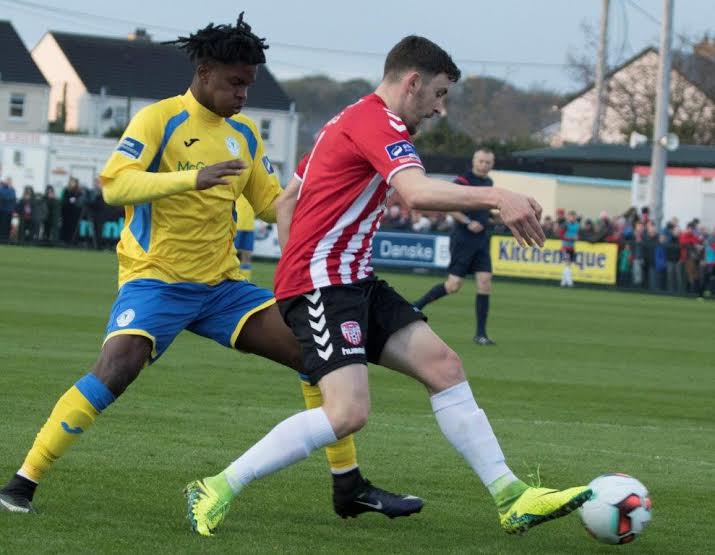 BJ Banda didn’t start tonight – but the teenager has Finn Harps ahead of Derry City in tonight’s north-west derby in Buncrana.

As the first-half clock went into added time, Banda saw his shot spin off a Derry defender and loop past Gerard Doherty.

Paddy McCourt, playing against Derry for the first time since his high-profile move to Celtic in 2008, made the goal with a precise pass to 18-year-old Banda, who fired in his first goal since that epic play-off-winning strike against Limerick in November 2015.

Banda was introduced for the injured Jonny Bonner in the 22nd minute and has again struck on the big occasion.

The goal came against the run of play in what has been a so-far tepid encounter.

Curtis, with Gallagher narrowing his angles, fired into the side-netting.

Roles were reversed six minutes before the break. Curtis’ delicate pass slipped Kennedy in, but the on-loan Charlton Athletic attacker placed his shot onto almost the same square of the side of the Harps net as Curtis had done.