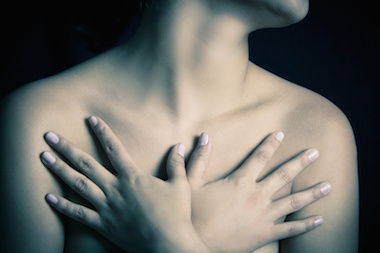 Second Breast surgeon WILL be appointed to Letterkenny hospital next month

EXCLUSIVE: A SECOND Breast locum surgeon is to be appointed to Letterkenny University Hospital next month, Donegal Daily can reveal.

The locum position is being brought in from mid-May while work continues on a permanent post.
Under safety guidelines breast surgeons are expected to carry out around 75 operations per year. Currently around 115 are performed in Letterkenny.

It’s understood the Saolta Group is working to increase the number of patients available to a Letterkenny-based second surgeon so that that full-time second surgeon can be appointed.

One idea revealed yesterday could be a second surgeon also carrying out some of the required number of operations on patients in Northern Ireland at the new cancer care centre at Altnagelvin.

A new Radiologist position has also been advertised.

The information was released in the Senate yesterday by junior health minister Catherine Byrne on behalf of Health Minister Simon Harris.

Minister Harris said: “In 2007, in recognition of the particular and unique geographical circumstances applying to Donegal, the Department set out very clear policy direction, approved by Government, that Letterkenny Breast Cancer Service should operate as a satellite centre of University Hospital Galway.

“Specifically, on a sole exception basis, Government agreed that Galway should be permitted to enter into outreach service delivery in Letterkenny as an additional activity.

“This exception was subject to a number of conditions, including case volumes meeting the minimum criteria and all other quality assurance standards being satisfied on the same basis as for care being delivered in Galway.

“The Saolta Hospital Group remains committed to continuing the Letterkenny service as a fully integrated part of the Symptomatic Breast Disease service in Galway, including through a joint Multi-Disciplinary Team approach.

“The Letterkenny service has been under some pressure to meet key performance indicators of late. While a particular focus has been maintained on urgent referrals, challenges are arising in relation to addressing non-urgent breast cancer referrals in a timely way.”

Announcing the new position Harris said: “A locum consultant surgeon will be in place for a period from mid-May, and this appointment will help to alleviate the backlog.

“Meanwhile, the requirements of the Letterkenny Breast Cancer Service in the medium term are being assessed. This is being done in the light of the clear evidence that patients who are operated on by surgeons who carry out higher volumes of surgery achieve better outcomes.

“The possibility of medium-term requirements being addressed in cooperation with health services in Northern Ireland is also being explored, including the possibility of having a shared locum consultant. This would build on the co-operation already in place in relation to the radiation therapy services at the North West Cancer Centre in Altnagelvin Area Hospital. This centre opened in November last year and it is providing access to radiation therapy services for people from both jurisdictions.

Minister Harris added: “A radiologist post for Letterkenny University Hospital has been advertised. Also, a locum radiologist is being sought to provide cover for the radiology service.

“Radiographer numbers in Letterkenny have increased, and the hospital will continue to develop its radiography service to meet the needs of patients.

He added: “I recently met with patient representatives from Donegal to discuss cancer services in the North West, and further such meetings are planned. I would like to repeat my commitment to the continued provision of high quality, timely services for patients attending breast cancer services in Letterkenny University Hospital.”

Second Breast surgeon WILL be appointed to Letterkenny hospital next month was last modified: April 16th, 2017 by Stephen Maguire
Facebook0Tweet0LinkedIn0Print0