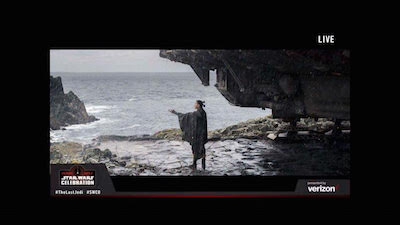 It’s one of the most anticipated films of the year and today Star Wars fans got a sneak preview – including shots filmed in Co Donegal.

It may be a little more than two minutes long but the trailer for The Last Jedi, which was partly filmed in Malin Head, has more than four and a half MILLION views.

The film will be officially released on December 15th by which time Star Wars fans from around the globe should be booking their plane tickets for Inishowen and Donegal.

Simply click on the video below to see the official trailer teaser.