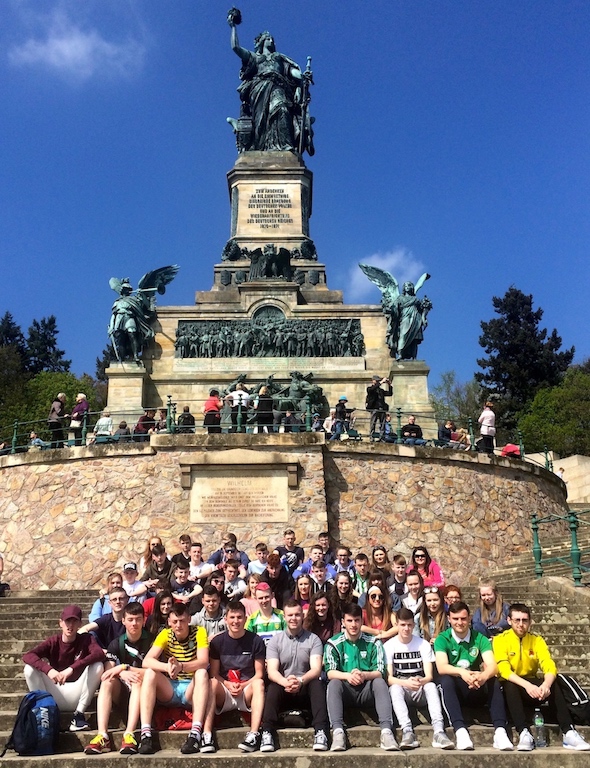 The historical, culturally rich and beautiful Rhineland region of Germany was the destination enjoyed by the students and staff of Finn Valley College for this year’s tour. All students have a good, or ‘gut’, time!

The tour began after touching down in Frankfurt airport with a visit to the city of Heidelberg, famous for its university and castle. The group enjoyed a guided tour of the area before making their way towards their hotel and base for the tour, Koblenz.

Day two began on a nice relaxing note with a cruise along the river Rhine. This was a fabulous way to view all the castles and vineyards that have lined this busy routeway for centuries. 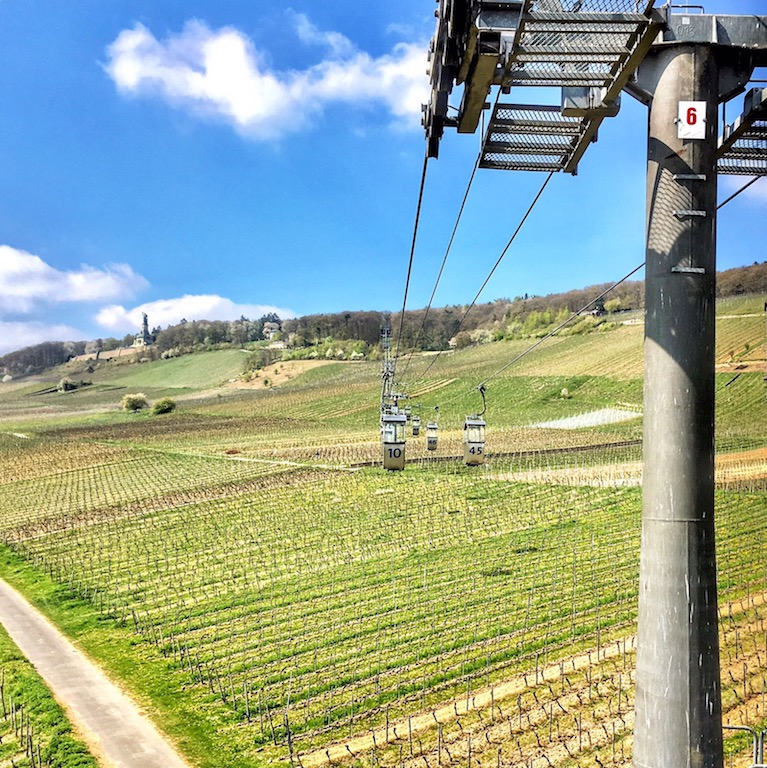 The famous white, Riesling, makes up the majority of the wine produced in the area which has it’s steep, south facing slopes to thank for providing the ideal conditions. 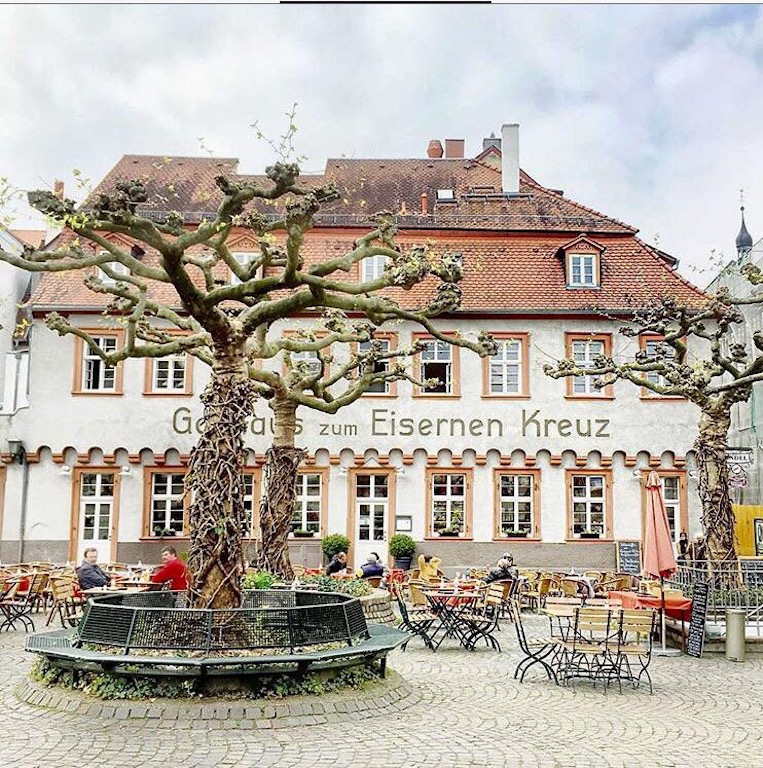 The cruise ended in the picturesque town of Rudesheim and its cablecar uphill to the impressive Neiderwald monument. From there it was back north for a visit to the beautiful Marksburg castle. 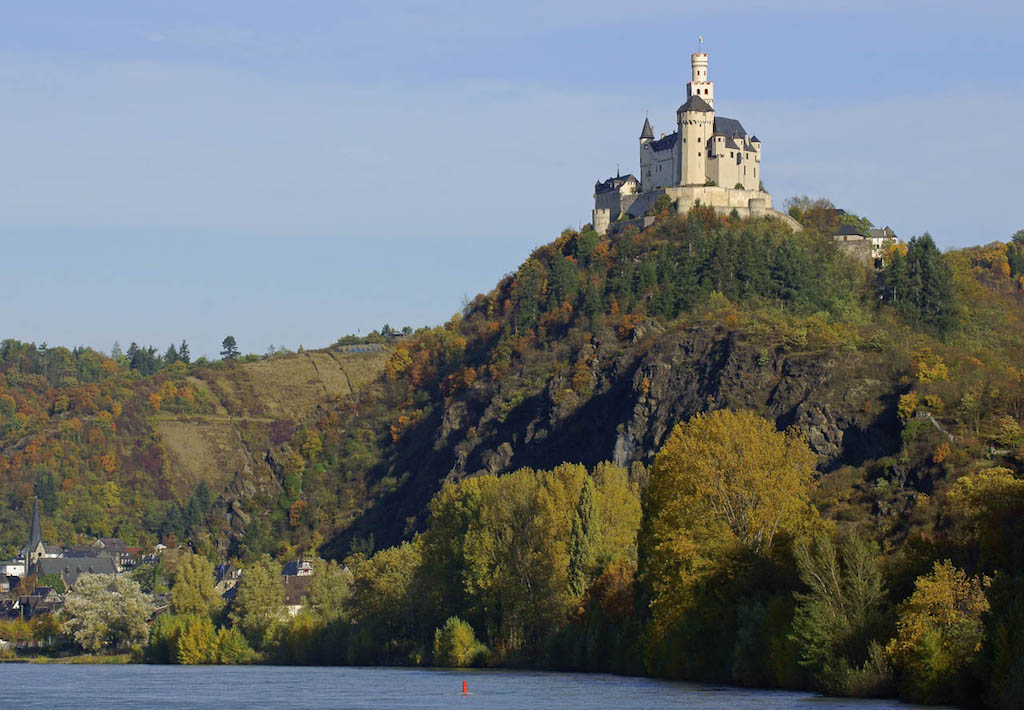 The group enjoyed a brisk hike through the wooded hill that served to protect the castle for centuries and found that their efforts were worthwhile as the following guided tour proved one of the most interesting elements of the entire tour.

There was still time to fit in a game of lasertag before falling into bed after a wonderfully packed second day on tour.

The third day began in the idyllic setting of a family run vineyard. The charming husband and wife owners talked the group through the process involved in making their wine. The tour finished off with a spot of tasting as the sun began to spill into the quaint surroundings.

Bonn, the capital of the former West Germany, was next. Getting off the bus into a gloriously warm and sunny day the group were given free time for lunch before meeting our guides for a walking tour of the city. Bonn has a rich cultural history being the birthplace of Beethoven, but in recent years tourists have been flocking in their thousands to see the cherry blossom lined street the ‘Heerstrasse’ or to queue for up to an hour to sample the Ice Cream at the world famous Eis Labor gelataria. 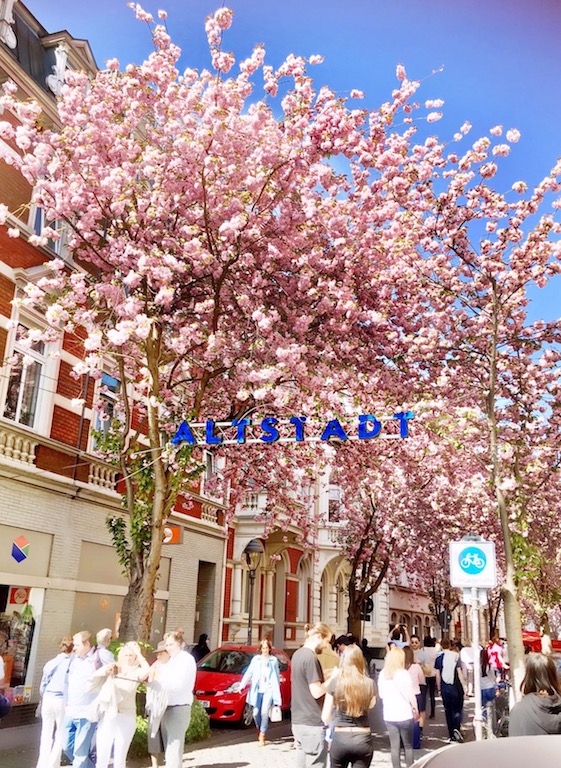 Leverkusen was the next stop for a tour of the Bay Arena, home of Bundesliga side Bayer Leverkusen. The wonderfully modern 30,000 seater stadium offered the perfect photo opportunity to unfurl the Finn Valley College on Tour banner in the sun basked arena. Another busy day was rounded off with a game of bowling. 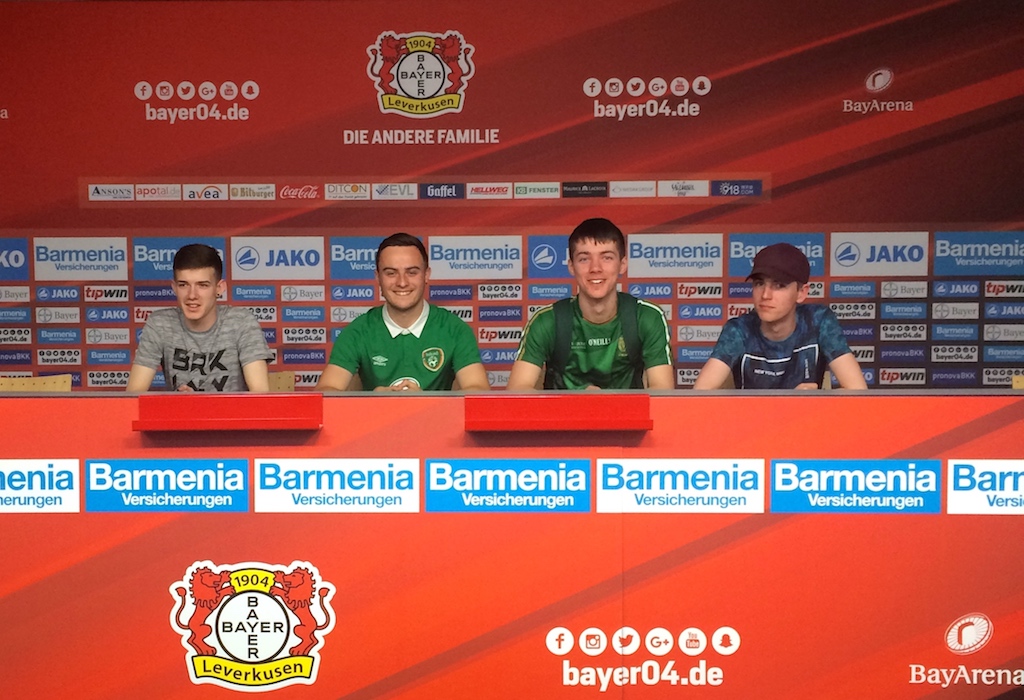 Monday was a day that many of the students on tour had earmarked early on, a visit to the Phantasialand theme park for a whole day of thrills, excitement and entertainment.

Everyone had their own adventure packed with memorable moments from the variety of lands, rides and shows. After returning to the hotel, many of the group dipped into their last reserves of energy with a kickabout at a local park. 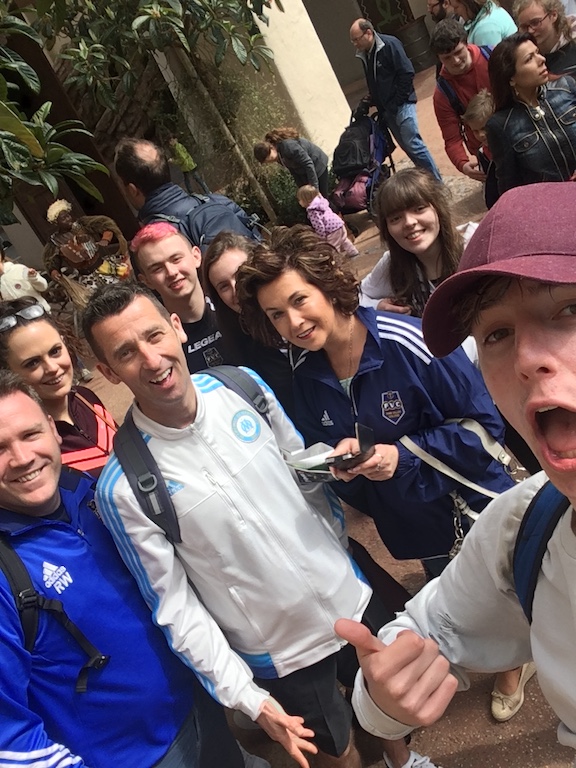 When darkness fell on the final night in Germany, the students had the sombre task of packing their suitcases in preparation for the journey home…but not before a final full day in Cologne.

The final day of tour saw the group up early and on the road towards Cologne. Germany’s second largest city was extensively bombed during WWII and, as a result, lost a lot of its character. The Gothic Cathedral still stands proud in the city centre, and it was from here that the students went on to shop for last minute presents.

The students had a sweet afternoon at the Lindt Chocolate Museum, learning about the origins and production of the favourite treats from the ever popular brand.  The German odyssey ended with a nighttime flight from Düsseldorf.

The annual FVC Tour Awards ceremony took place on the bus to the airport and many students were honoured for their outstanding behaviour and good spirits over the five days.

Tour organiser Ms Boland and all the staff commended the group for their excellent behaviour throughout the adventures.  The group were delighted to be met by our friend and bus driver Charlie McNamee at Dublin Airport to take us back to Stranorlar.

The brilliant trip has brought us new friendships, indelible memories and broadened our horizons – Another successful Finn Valley College tour!