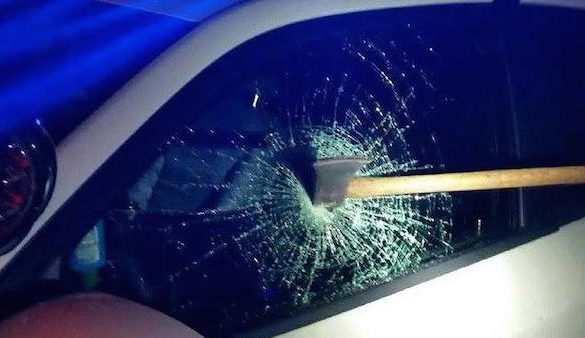 A man was arrested last night after he attacked a car with a hatchet in Letterkenny.

The man caused damage to the car which was parked at Castle Street, close to St Eunan’s Cathedral.

The incident happened just before 7pm.

Gardai were alerted to the incident and arrested the man.

He was taken to Letterkenny Garda station and was later charged with criminal damage.

He is to appear before Letterkenny District Court in the coming weeks.

Nobody was hurt in the attack but damage was caused to the car.

Gardai say they do not yet know the motive behind the attack.