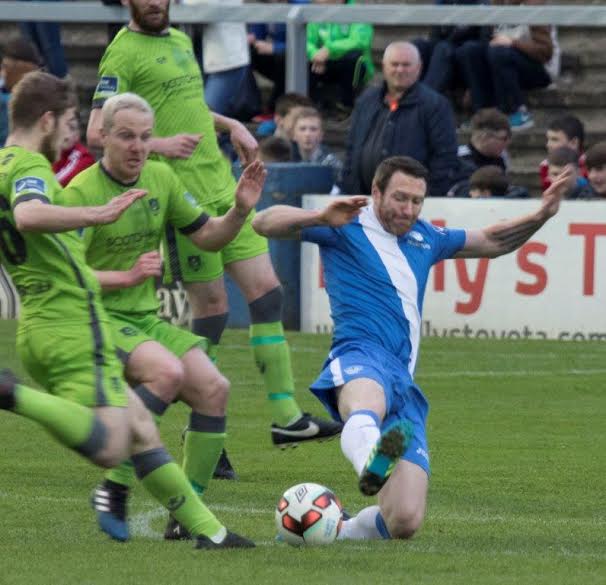 Ollie Horgan says Finn Harps are right where they had hoped to be as they close in on the end of the opening third of the season.

Next Friday, Horgan’s Harps will end the first series of games when they face Bohemians at Dalymount Park.

Just nine points separate the teams from fourth-placed Limerick to bottom side Galway United and Horgan is content with his lot after an eventful season so far.

“I think we’d be where we hoped to be,” Horgan said.

“Our ambition was to stay in this Division with a fight. Our ambition is to be going into the last game of the season having something to fight for and not be drift away at the bottom.

“I still think we’re still in that ballpark, but we’ll need to improve to stay in it.

Harps are three points above the water mark and have the likes of Bohs and St Patrick’s Athletic beneath them at the moment, but Drogheda United inched ahead of them following last night’s 2-0 win in Ballybofey.

Horgan said: “Please God, they’ll be tight up to the finish and that we’re still competing. We have good days and bad days. We came out second best against Drogheda.”

Harps have an injury crisis and had to line out patched up last night with Paddy McCourt, Barry Molloy, Gareth Harkin, Ciaran Coll and Caolan McAleer all lining up despite carrying injuries.

Harps are anxiously awaiting results of a knee scan underwent by striker BJ Banda on Thursday. The 18-year-old was taken to Letterkenny University Hospital on Monday after being carried off from the EA Sports Cup game against Sligo Rovers and is facing a lengthy spell out.

Horgan said: “We’re down a lot of bodies and will be down a number of bodies for a number of weeks, some for even longer. It’ll be a serious ask in the next run of games.

“It doesn’t get any easier now. We have Bohs and Cork City away and we’re going there with kids – that doesn’t make it any better or easier.”