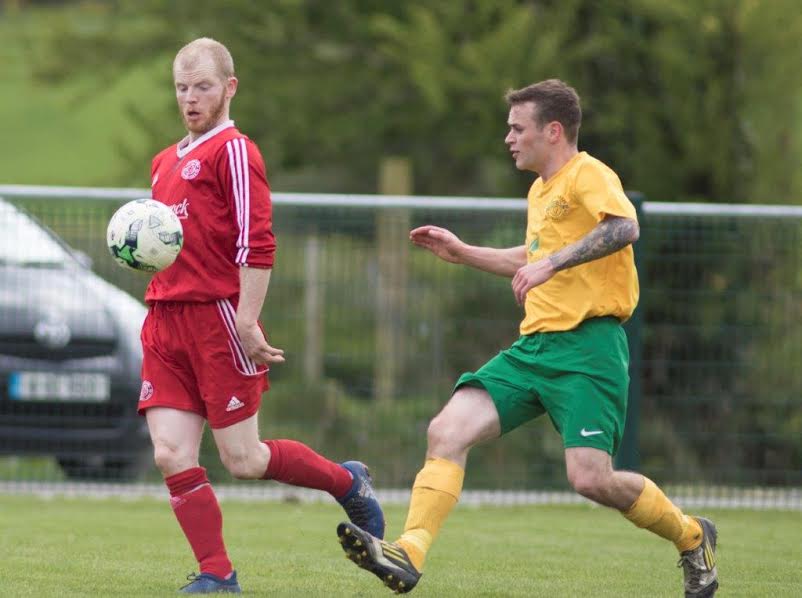 Drumoghill did what they could – and what they had to do – but, ultimately, it wasn’t enough as Michael Lynch’s men were pipped to the title by Glenea United.

A derby win over Lagan Harps meant that Drumoghill had hope, but Glenea’s 3-0 win over Rathmullan at Pairc Joe means that the silverware has been passed on.

Champions Drumoghill have been left to curse a couple of draws and, in particular, damaging defeats to Kilmacrennan Celtic and St Catherine’s, as they relinquish the crown.

Drumoghill finish with the same number of points – 36 – that brought them their hour of glory last season, but they’ve had their clutches prised off the silverware.

A brace of goals by Pajo Rafferty early in the second half added to first half strikes by Chris Malseed and Jay Dee Alawiye to give Drumoghill a firm command.

After Caolan Grant and Oran Hilley brought Lagan – who entered this one also harbouring titles aspirations – back from the dead, ex-Lagan man Chris Toner copperfastened the win for Drumoghill, but there was an anti-climatic feeling around The Moss at the conclusion.

Hope was still in the air when Drumoghill hit the front in the tenth minute as Malseed wonderfully headed beyond Darren McAvoy from a brilliant Terence Shiels corner.

Just as word was filtering in that Glenea had taken the lead, Shiels, with another teasing corner, looked as if he was going to double the lead. For a brief moment it appeared as if his corner was going straight in, but Lagan survived.

Liam O’Donnell had an ambitious effort fly over while Ray Quinn headed over the top, but it wasn’t all one-way traffic.

Eunan Diver took a decent controlling touch on the edge of the box, but prodded wide in the 18th minute and Darren Doran beat Drumoghill ‘keeper Michael Toner in a race, but his deft poke trailed just to the wrong side of the post.

Drumoghill doubled their lead on the stroke of half-time. After Mark Hunter shot at Toner, Drumoghill broke at pace. Rafferty was hacked down but referee Mick Lagan played a good advantage and Alawiye loobbed McAvoy.

Lagan will have felt, with justification too, that they could have been level, though. Darren Doran headed over from a Marty Brogan free when his brother Philip should perhaps have given him a call as he looked the better placed at the back post.

Within seven minutes of the restart, Rafferty had the win sewn up. His first was exquisite, sublime and with a hint of cheek as he cracked in from the right-hand side with McAvoy not anticipating a shot.

His second was a deadly finish, clipping past McAvoy after being put through by Toner.

Shiels scored an outrageous long-range free in last week’s 2-0 win over Kildrum and he was a lick of paint away from repeating the trick here, his attempt from wide on the left bouncing off the bar.

Lagan pulled one back as Grant tucked home after Glenn Gallagher’s drive was parried by Toner and, seven minutes from the end, Hilly superbly found the back of the net from 35 yards.

Lagan’s afternoon ended on a sour note as Gallagher was sent off, though he could be considered unfortunate to be given a second yellow card for a challenge with Stephen O’Donnell.

And Toner – who joined Drumoghill from their derby foes in January – added the fifth, one he certainly enjoyed as he danced in front of the Lagan bench.

The joy, though, would become regret as Drumogill were left to curse those costly dropped points.

Drumoghill get derby win over Lagan – but Moss men are pipped to the title was last modified: April 23rd, 2017 by Chris McNulty