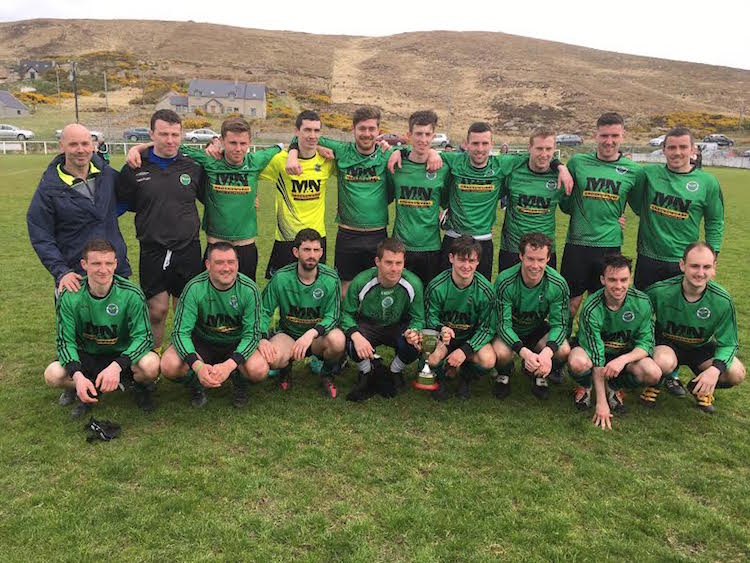 By Charlie Collins at Pairc Joe

A big crowd descended on Glaserchoo as Glenea, thanks to goals from Ryan McFadden, Kevin Mulhern and Darren McGeever, saw them crowned champions.

Glenea took the lead in the 33rd minute when captain McFadden drilled home a penalty after Mulhern was fouled by JP Doran.

Earlier, McGeever had been denied by a last-gasp tackle by Gavin O’Donnell and Rathmullan ‘keeper Mark Gallagher blocked a Mulhern effort on the line.

Ciaran McFadden looked likely to open the scoring, but he lobbed over after latching onto a Ryan McFadden flick-on.

Glenea could begin to count down the minutes when they struck a second time in the 56th minute as Mulhern rose to head home from a Ryan McFadden corner.

Glenea wrapped up the game – and the title – when McGeever raced onto Patrick Cannon’s ball to slot beyond Gallagher to the bottom corner.