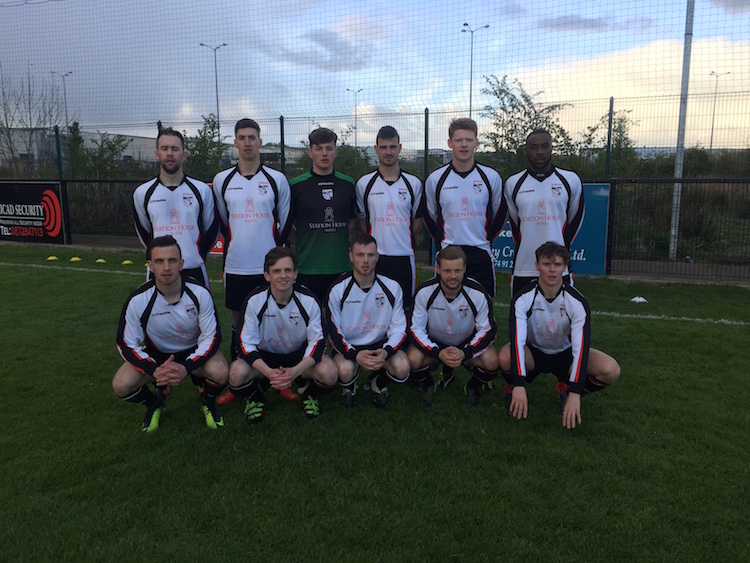 Down to the wire: Rovers defeat Harps to take USL title race to the final day

It’s gone to the wire now, alright as Letterkenny Rovers, at the very least, have taken the Ulster Senior League title race to the final day.

Eamonn McConigley’s side may yet live to rue some costly dropped points throughout the campaign but they’ve managed to take Cockhill to the wire and, should the champions and five-in-a-row chasers lose on Sunday-week at Swilly, Letterkenny are now poised to force a play-off.

Rovers did what they had to do at Leckview Park and defeat what proved to be a stubborn Finn Harps Reserves who, through an early leveller by Jamie Brown and a second-half Simon McGlynn penalty, made a game of it.

But Rovers just had that extra bit of nous and it was a game that certainly meant more to the Letterkenny side, who took the win thanks to Christy Connaghan, David Shovlin, Conor Tourish and Kevin McGrath.

Rovers hit the front after just seven minutes as Connaghan directed a neat header beyond Shane Wallace after Paul McVeigh clipped in a dangerous cross from the left-hand side having sold a clever dummy to deceive Kealan McDermott.

McVeigh himself was inches from doubling the lead as he flicked a header off the crossbar and Steve Okakpu-Emeka drilled over from a McVeigh cross.

Rovers were stunned when the young Harps drew level. The chance seemed gone as McGlynn attempted to jinx his way into the area. The Raphoe man, who has broken into the Harps first team this season, was dispossessed, but Brown cracked a wonderful effort past Sean Friel and in off the crossbar.

Rovers had been stung by the memories of a 3-3 draw against the same opponents in November – one of the results that will gnaw at hem for some time should Cockhill finish the job on Sunday-week – and weren’t in the mood for a similar outcome here.

Rovers were missing Darren McElwaine – whose 20 goals in 20 games has helped resurrect their title charge and keep up their pursuit of silverware – through a suspension while Friel took his position in goal with Rory Kelly absent.

But Rovers hit the front again when, with space opening invitingly before him on the edge of the box, Shovlin sent a sweet effort soaring high to the roof of Wallace’s net.

Okakpu-Emeka should have scored, only to see his lobbed effort drop onto the crossbar, but Tourish did net two minutes from half-time as he brilliantly headed home from a teasing Toland free; the former Newcastle United youth’s deliveries again a real threat.

Harps had been unable to field in Sunday’s game against Bonagee United, but they certainly proved far from obliging opponents tonight. 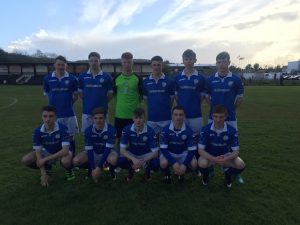 Ten minutes into the second half, after Shovlin was penalised for handling a low cross by Brown on the ground, McGlynn blasted the penalty past Friel.

Rovers, though, wrestled away again as McGrath curled into the bottom corner from 20 yards just after the hour.
Late in the night, Tourish headed wide and sub Odhrán McMacken somehow managed to be denied by Wallace at point-blank range.

The race has gone to the tape and while Cockhill should still be the first to break it Rovers can take some comfort from the fact that they’ve made the race interesting down the home straight.

And that old adage of ‘anything can happen in football’ will keep them hoping as they head for Triagh-A-Locha.