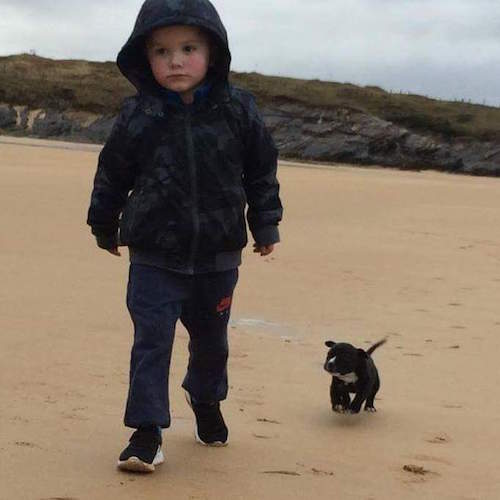 The family of a little boy has been left outraged after his little puppy was taken from his home in Rathmullan.

Little Lincoln Friel has been left heartbroken after thieves broke into his home today and took the 12 week old Staffordshire Terrier pup.

Three-year-old Lincoln got the pup as a rescue dog and help bottle-feed him.

His outraged aunt Eimear Friel said little Lincoln is devastated that the little pup has been taken.

The Gardai in Milford have been informed of the break-in to the house in Rathmullan and the robbery of the little pup.

Eimear said “Little Lincoln is just devastated. Whoever broke into the house and stole the pup are just pathetic. If anyone knows where the pup might be, we are pleading with them to contact the Gardai in Milford.

Anybody who knows the whereabouts of the dog or has any information about the break-in is asked to contact Gardai in Milford.