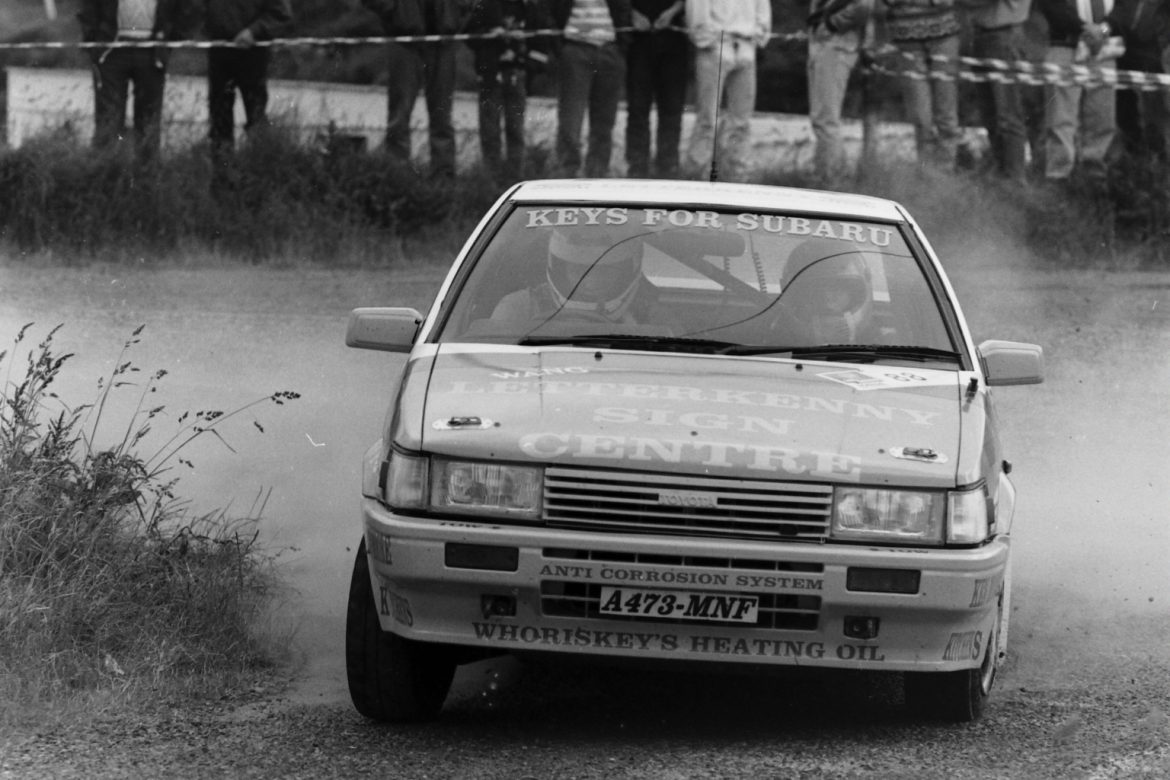 The fuel tank on the Donegal International Rally will take it to the finishing ramp for this year anyway. It is the only proper three day event left thanks to the continuing support of the sponsors and competitors that have stepped on board year in and year out to make “The Donegal” the biggest event on the Irish motorsport calendar.

There is no one in Ireland that hasn’t been effected by the massive hike in insurance. Recently Fr. Eamon Kelly the ADM of St Eunan’s Cathedral told his parishioners it cost €500 to insure St. Eunan’s Cathedral in Letterkenny. The mass goers looked around and nodded at each other with approval, that was until Fr. Eamon announced it was €500 per week.

One would think with the reported falling numbers, (no pun intended) going to mass the insurance would have come down accordingly, but it’s not the case, and maybe in years gone by it would have been unheard of for someone to claim off the one they believed in; in their place of worship. The reality is while high insurance awards are granted no place is safe whether the injury is genuine or not.

The R.I.A.C. who govern motorsport in Ireland are in the final stages of launching a drive to get rally fans to support motorsport in Ireland. They are stressing that it’s not for to pay to spectate at a rally, but to help pay for the increase in insurance costs on events. 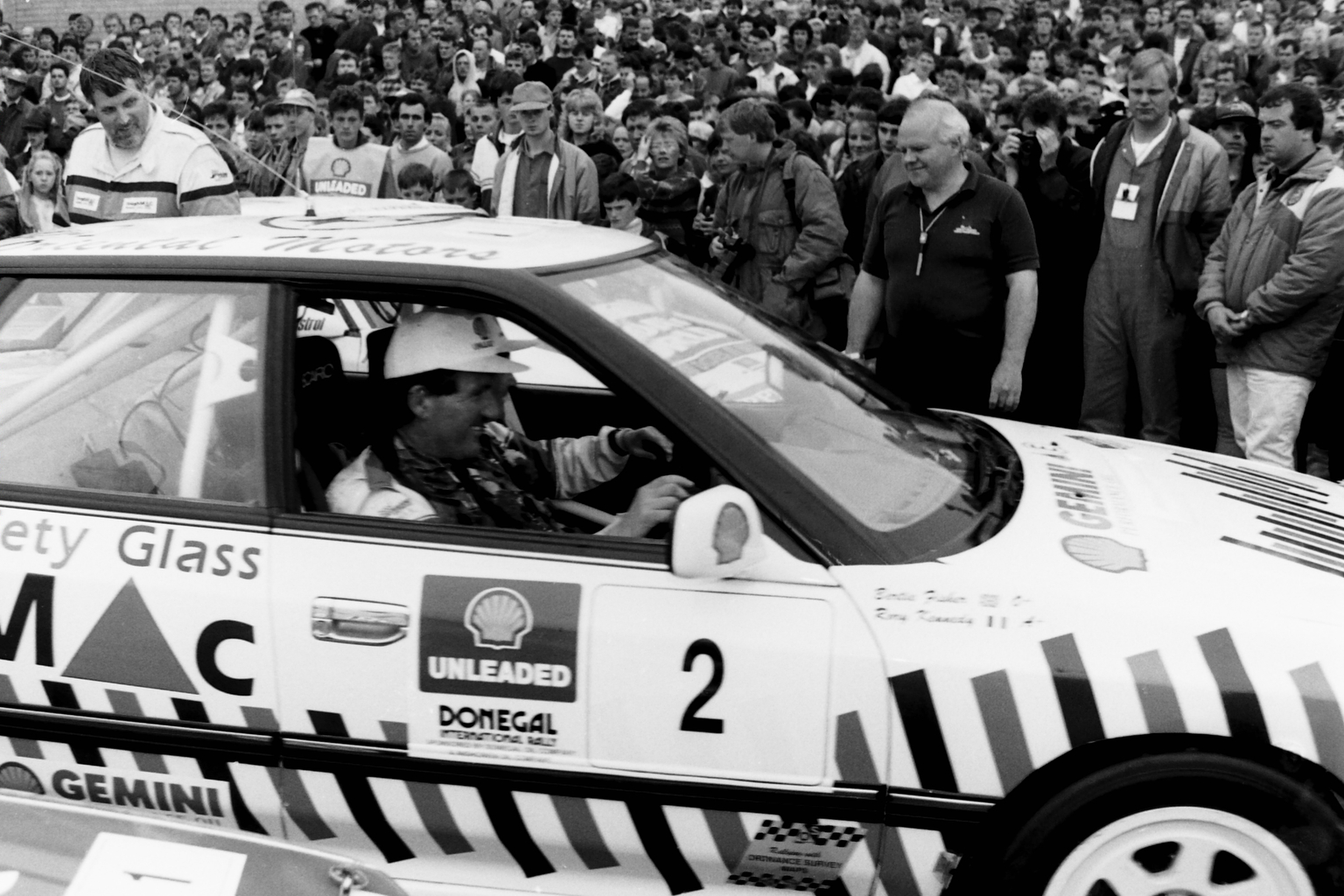 This week we contacted Motorsport Ireland at its headquarters at Dawson St. in Dublin to find out about their fundraising drive.

In a statement, they said;

“The funds raised are for insurance purposes only and are a simple way of people who are fans of the sport to help us in a practical and visual manner. We aim to sell all 5,000 stickers this year and plan to continue the scheme into the future.”

The following day we received our letter from motorsport headquarters in Dublin with our confirmation sticker number 601 that we had supported this fundraising drive. Donations can be made from €20 upwards, I know a sticker with “I support Irish Motor Sport” might not mean much to some but Irish Motorsport is suffering badly at present and if the Donegal Rally wasn’t supported as well as it is by competitors it could be added to the ever growing list of events that are on temporary hold this year as it is not financially possible to run the event if they don’t get sufficient numbers to run the rally.

The Sticker whichis to be launched soon with a hope that that rally fans will buy to support paying for the increased insurance in motorsport. Photos Brian McDaid

“The Donegal” means so many different things to different people. Nothing has changed in the 40 years I have awaited the arrival of the Donegal International Rally every year. It still feels the exact same this year as it did when I was 13 years of age when I went to my first Donegal rally in an old Red Renault 6TL.

Before I was able to drive I would have tried to wrangle any means to get off school or work for the weekend of the Donegal Rally. I helped service, marshalled, even went around with the Castrol Oil van erecting stage signage for the rally not realising that I never was going to see a single car competing on the rally for the weekend. But you did things like that for the people that started the rally in Donegal all those years ago. 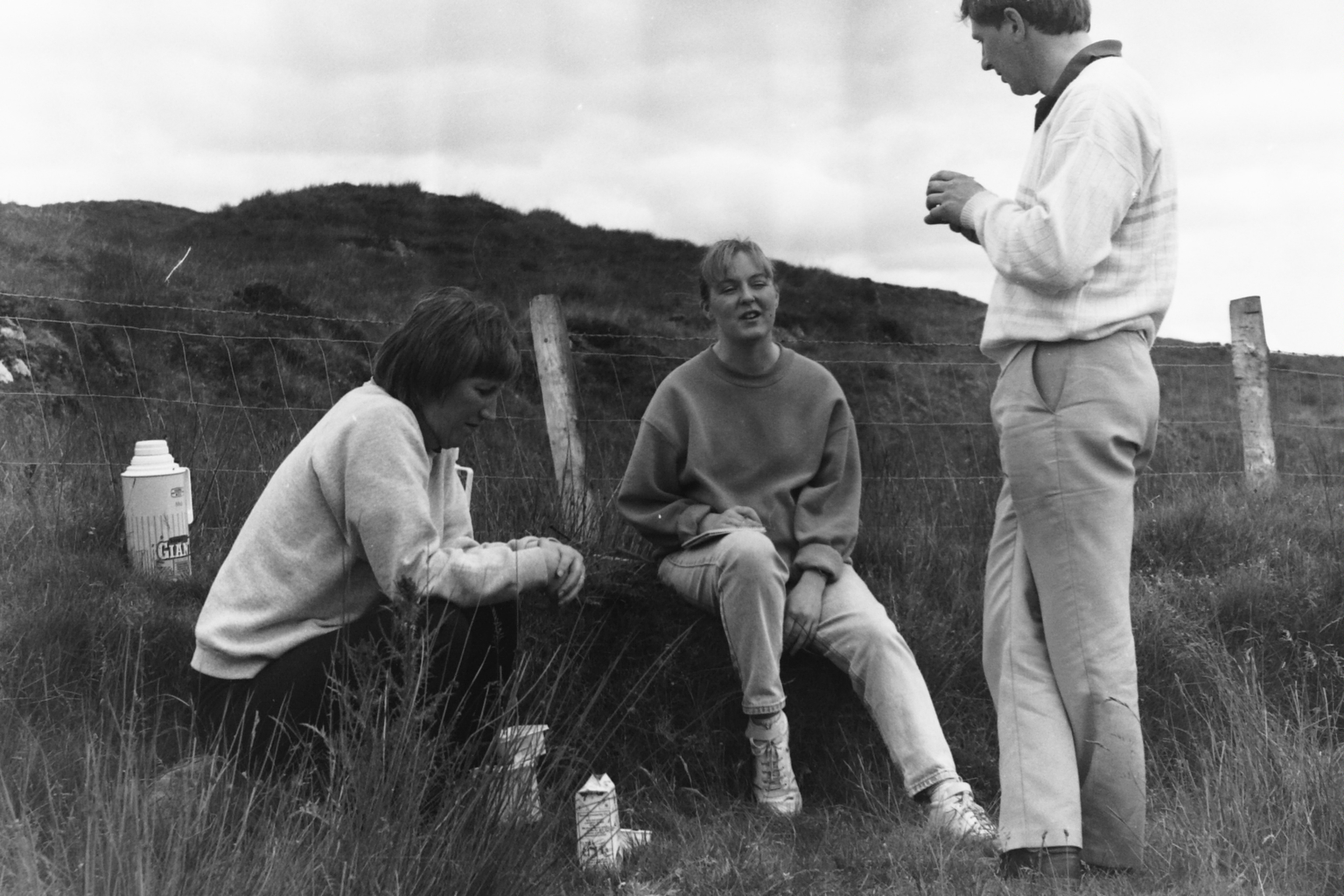 The Late Ellen Morgan and James Cullen having a cuppa with a young Donegal Journalist , Annette O’Donnell sitting on a ditch before the Donegal rally. Photo Brian McDaid

You felt like part of the machine that turned out an International event year in and year out.

Support for the Donegal Rally over the years has come from the most unlikely places. People are coming to Donegal for the rally weekend in June and were networking long before the word networking was even invented. 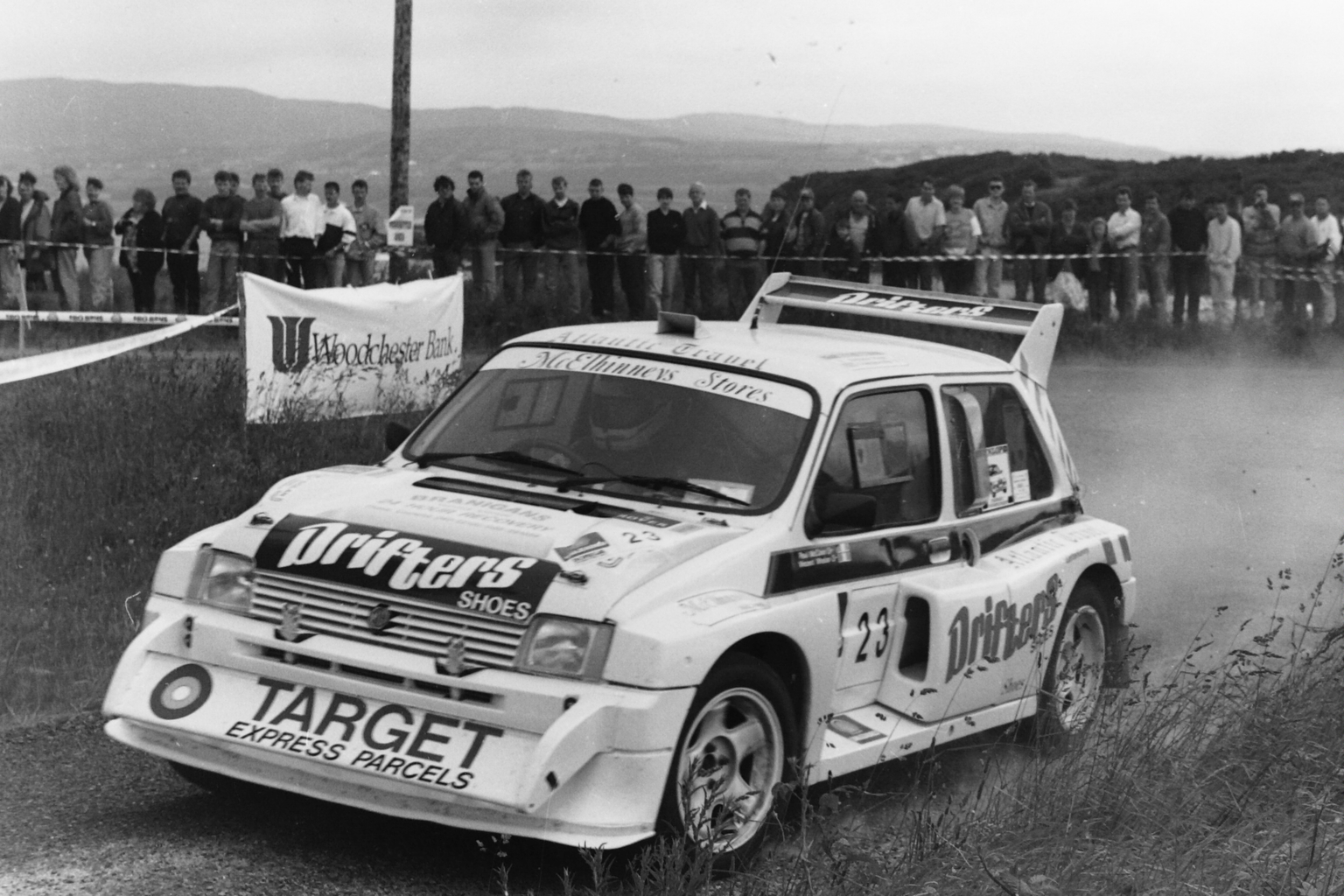 When multi event winner Cathal Curley landed in Donegal in the early years his friends landed out for the weekend to enjoy the “craic”.

One such friend created quite a stir both on and off the stage, better known for his hits like “Puppet on a String” that Sandy Shaw sang to win the Eurovision in 1967 and Cliff Richards song ‘Congratulations’. Singer Songwriter Phil Coulter came to the Donegal Rally first to help with the servicing and to watch the event, then as a competitor in his Porsche 911 and Datsun and then as a important link to secure the sponsorship from the famous Radio Luxembourg station who were the principal sponsors for the Rally for a season.

If Donegal People ever wanted a yard stick to measure what the Donegal rally meant to its visitors, one of the first and most famous commercial radios, Radio Luxembourg thought it made good business sense to put their name on a “Wee Rally up in Donegal”. 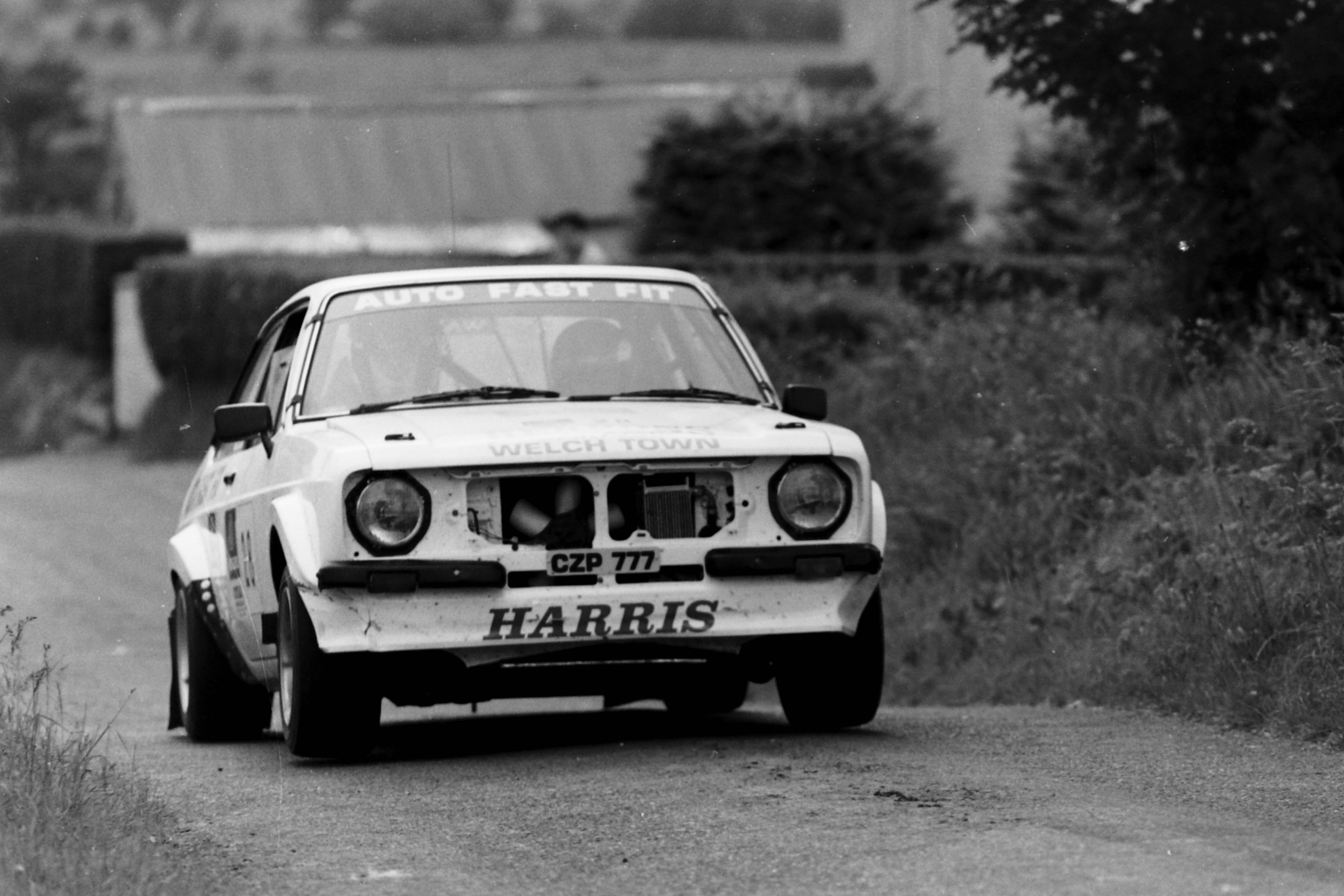 Phil Coulter is just one of the more famous people that believed in “The Donegal” and believed in the people that worked behind the scenes to make the rally the success it is. Today the baton is handed on and in my opinion its a small ask for the sport to ask its fans to become supporters and get behind this fundraising drive at local or national level.

The Donegal Motor Club is also raising money on the run up the the Donegal Rally to help with the increased cost as they host a “Fight for the Stages night”. Your Support is needed for this worthy cause. 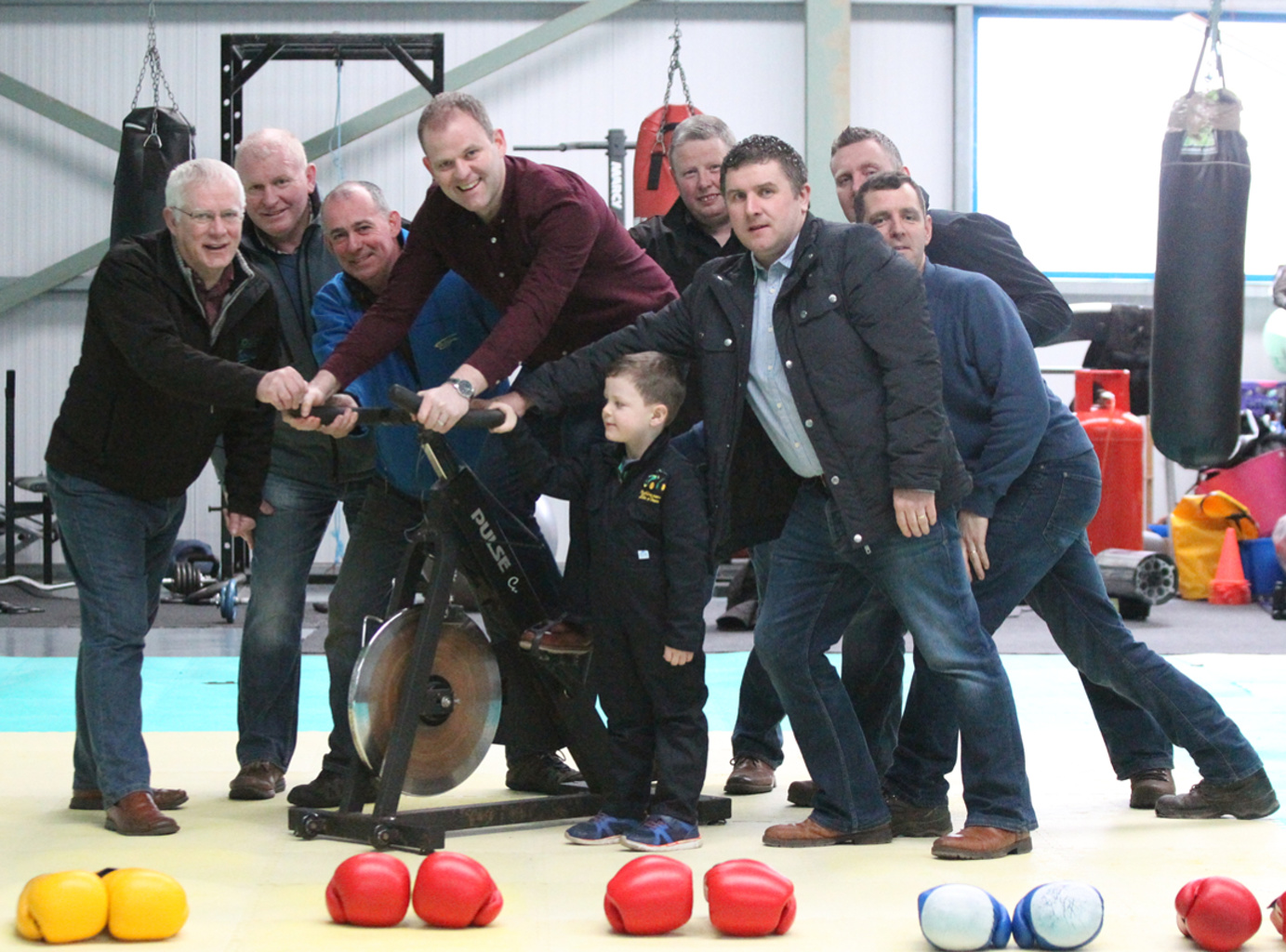 They are inviting everyone to get behind a unique white collar boxing event this summer. We’re proud to present ‘Donegal Fights for The Stage’ which will see some of the biggest names in motorsport step inside the ring for a one-night-only boxing extravaganza.

The event takes place on Saturday, 20th May in The Mount Errigal Hotel and you can keep an eye out on our Facebook page for updates.

A host of competitors have already signed up to take part in the event, however, there are still a number of fights to fill and anyone interested in taking part can contact the club directly. 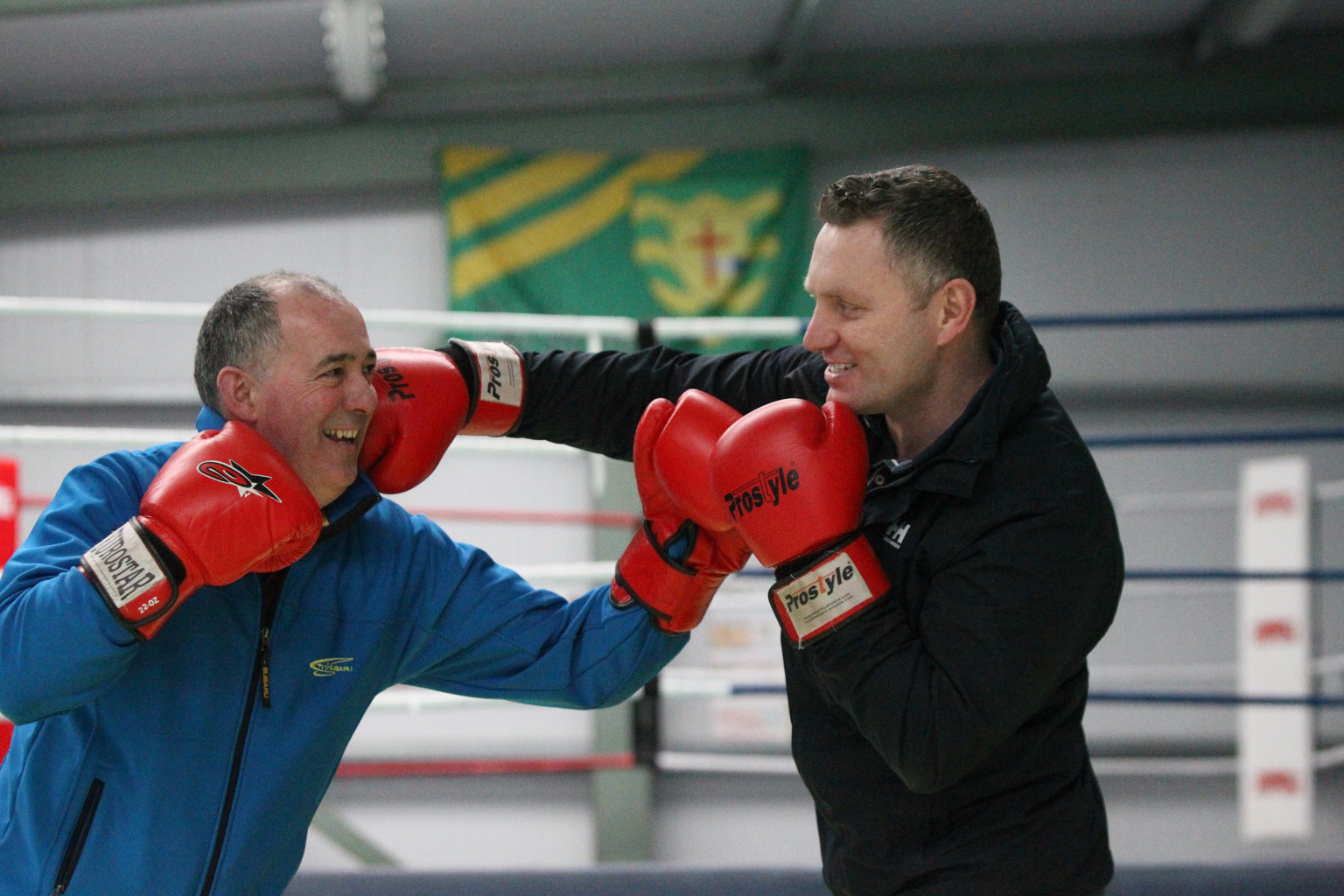 There are also a number of sponsorship and advertising opportunities available for local businesses, including sponsorship of fights, boxers and rounds.

Contact the Donegal Motor Club on 074 9126681 or visit www.donegalmotorclub.com to get involved.

And finally…
I would just like to congratulate my two former workmates Eamon Murray and Artie Elliott on taking delivery of their new fleet vans. If you see them about in their new Ponsonby Construction Vans around Letterkenny give them a wave.

I think their old red and blue vans served them well over the many years and they were sad to part with them.