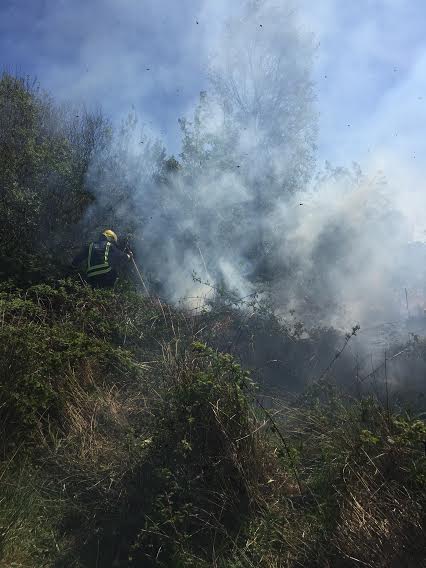 Frosses gorse fire was ‘close to houses’, fire crews across Donegal ‘on alert’

written by Chris McNulty May 5, 2017
Facebook0Tweet0LinkedIn0Print0

A major gorse fire in Frosses this afternoon came close to houses in the area before being brought under control.

Fire crews from Donegal town, Glenties and Killybegs attended the gorse fire, which broke out in Frosses.

The fire spread quickly and was straying close to houses, but was put out by the crews on the scene.

The Falcarragh Fire Brigade also attended a gorse fire this afternoon and a spokesman for the Fire Service said that crews in all areas of the county were ‘on alert’ and members of the public have been urged to be vigilant.