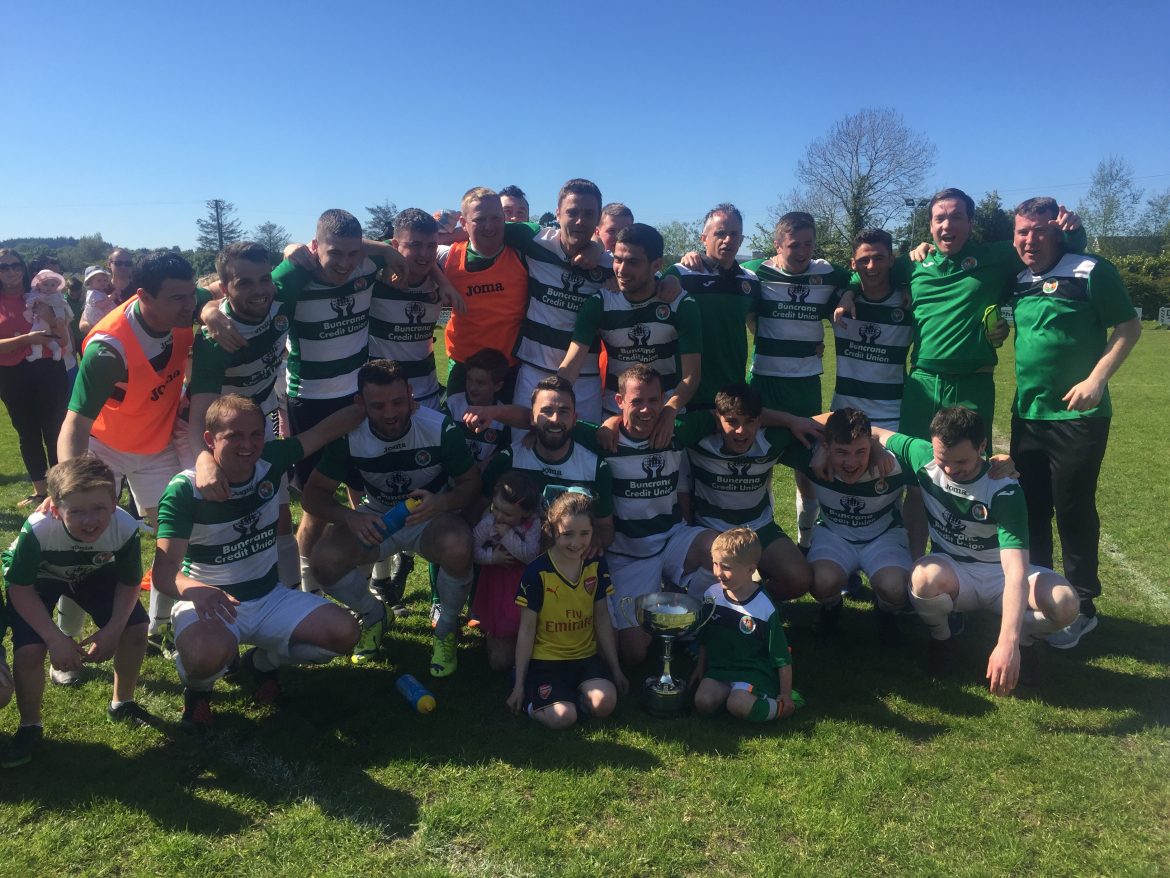 written by Chris McNulty May 7, 2017
Facebook0Tweet0LinkedIn0Print0

By Chris McNulty at Swilly Park

Cockhill needed only to avoid defeat to Swilly for them to be crowned champions but Doherty’s goal meant they were able to celebrate another coronation with a win.

Doherty connected with a curling corner from Ryan Varma and his header, from the right edge of the six-yard box beat Jamie Lee Blaney with Duncan Patterson only marginally behind the line as he headed out.

The flag went up, the goal was given and Cockhill were on their way to retaining their title – with Doherty again the marksman. Last season, it was a late effort by Doherty that secured Cockhill the silverware thanks to a 2-2 draw against Derry.

And the defender set them up for it here with his goal after a cagey opening.

Earlier, a similar deliver from Varma – this one from a free-kick – should have teed up the opener, but the angle was too tight for Gerard McLaughlin to squeeze home.

It took a header from beneath his own crossbar by Paul Bradley to prevent Ronan Doherty from scoring direct from a corner in the 26th minute while Garbhan Friel rolled wide of the far post when he breached the Swilly rearguard. 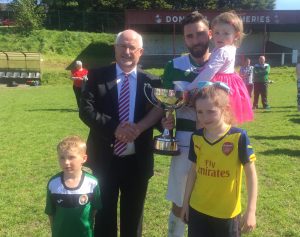 The scorching sunshine and the sounds of summer were in the air by the Lennon and referee Marty Quinn had to give a couple of water breaks to keep the participants hydrated in the soaring temperatures.

There was a moment of mild panic for the visitors when Cullen couldn’t hold onto a corner and the ball fell for Marty McDaid on the edge of the box, but the experienced midfielder was off target.

From a position of seeming unassailability in January, when they held a nine-point lead and had a game in hand, Cockhill have seen their advantage eroded away.

Letterkenny ate into the deficit as Cockhill wobbled for long spells after suffering a 3-2 loss to Swilly Rovers that was their first USL defeat in a 72-game streak spanning four-and-a-half years .

When Letterkenny won in Cockhill last month, it took them to within three points, but the champions – who also benefited from the overturning of a defeat to Derry City as the Candystripes fielded an ineligible team in January – found a way again to keep ever-so-slightly ahead.

It took a difficult save from Blaney to keep the score down when Friel tried his luck from 20 yards on the hour with Cockhill wearily on the search for a killer second, with news filtering through that Letterkenny were winning well in Triagh-A-Locha.

Cockhill – who were without the influence of Gerry Gill – were almost in for a second when Varma sent Friel away, but Dylan Hegarty’s well-measured tackle kept him at bay.

McLaughlin headed wide from a Varma corner and Ronan Doherty’s header was brilliantly tipped over by Blaney with Cockhill camped in the Swilly half.

McLaughlin headed wide from a Varma corner and Ronan Doherty’s header was brilliantly tipped over by Blaney with Cockhill camped in the Swilly half.