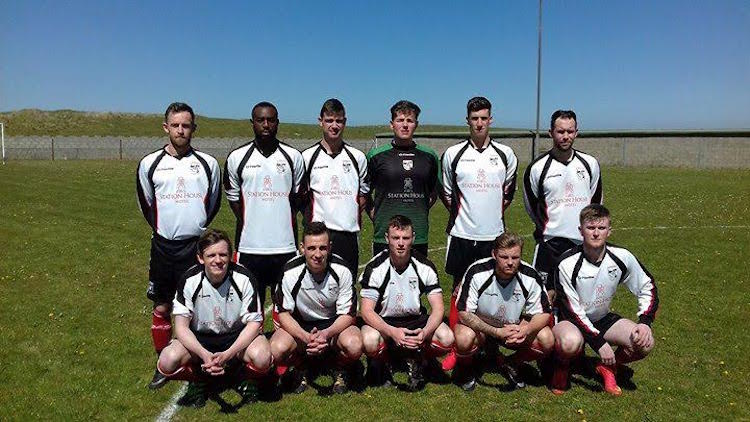 Letterkenny Rovers did all they could to force a play-off with Cockhill but, ultimately, a 4-0 win at understrength Fanad was in vain for Eamonn McConigley’s men.

Rovers needed a win to have any hope of forcing a play-off, but Cockhill’s 1-0 win at Swilly means the title stays in Cockhill for another year.

Fanad did have a chance to open the scoring as early as the third minute when following some good work by Paddy Carr, James Kerr broke down the left and his good cross was met at the back post by Eoghan Rafferty who seen his header saved.

Five minutes later Conor Blaney broke from left back but his shot went just wide of the Rovers post.

Rovers did take the lead in the 27th minute when former Fanad player Paul McVeigh broke into the box and finished neatly into the bottom corner.

McVeigh should have extended the lead two minutes before the break when he headed over from six yards out.

Disaster struck for Fanad in the opening minute of the second half when Marty McAteer turned the ball into his own net after a Kevin McGrath cross. 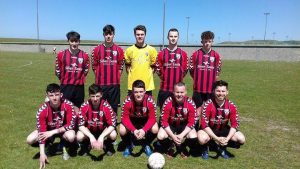 Five minutes later Paul McVeigh got his second of the game when he pounced on a defensive mix up to fire the ball home from the edge of the box.

Fanad didn’t create much in the way of chances but Paddy Carr did see a well struck free go just over the bar in the 80th minute.

Rovers completed the scoring in the 90th minute when sub Odrahn McMacken headed home after some good work by Paul McVeigh.

Best for Fanad were Eoghan Rafferty and Arthur Lynch. Best for Letterkenny were Paul McVeigh and Lee Toland