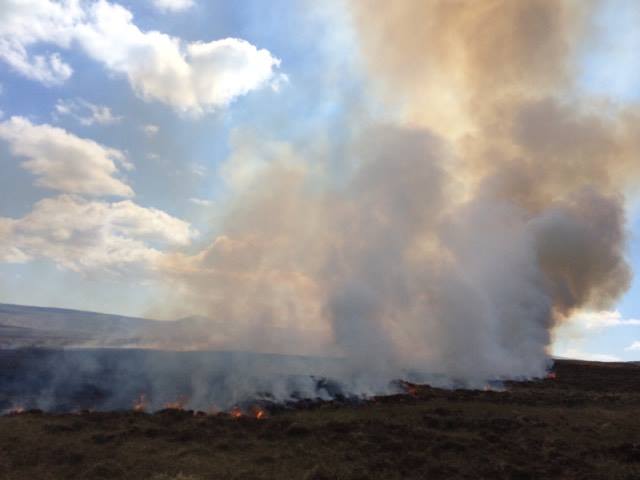 written by Chris McNulty May 8, 2017
Facebook0Tweet0LinkedIn0Print0

Fire crews in Donegal have had a busy time of it battling gorse fires across the county in the last week.

As crews from Buncrana, Letterkenny, Carndonagh and Moville continue to battle a big blaze near the Glennevin Waterfall in Clonmany, the Fire Service has warned the public to be cautious.

Yesterday, the same fire was fought by the Buncrana, Letterkenny, Carndonagh and Moville crews, while a day-long fire raged outside Fintown.

Pictured above is a scene from the gorse fire near Fintown.

Crews from Glenties and Dungloe, who also attended separate incidents in Ardara and Inver, spent several hours in Fintown.

There were 18 sheep in the field at Iargnalarkan, on the back road near Gairmscoil Chú Uladh. Around eight acres were burned with 14 firemen at the inferno, with the aid of some locals.

The already-stretched fire service in Donegal was at its limit with crews from Donegal town and Ballyshannon attending a house fire in Pettigo yesterday. 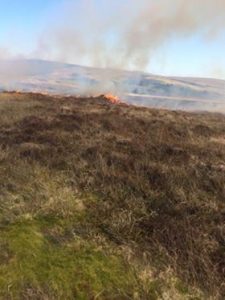