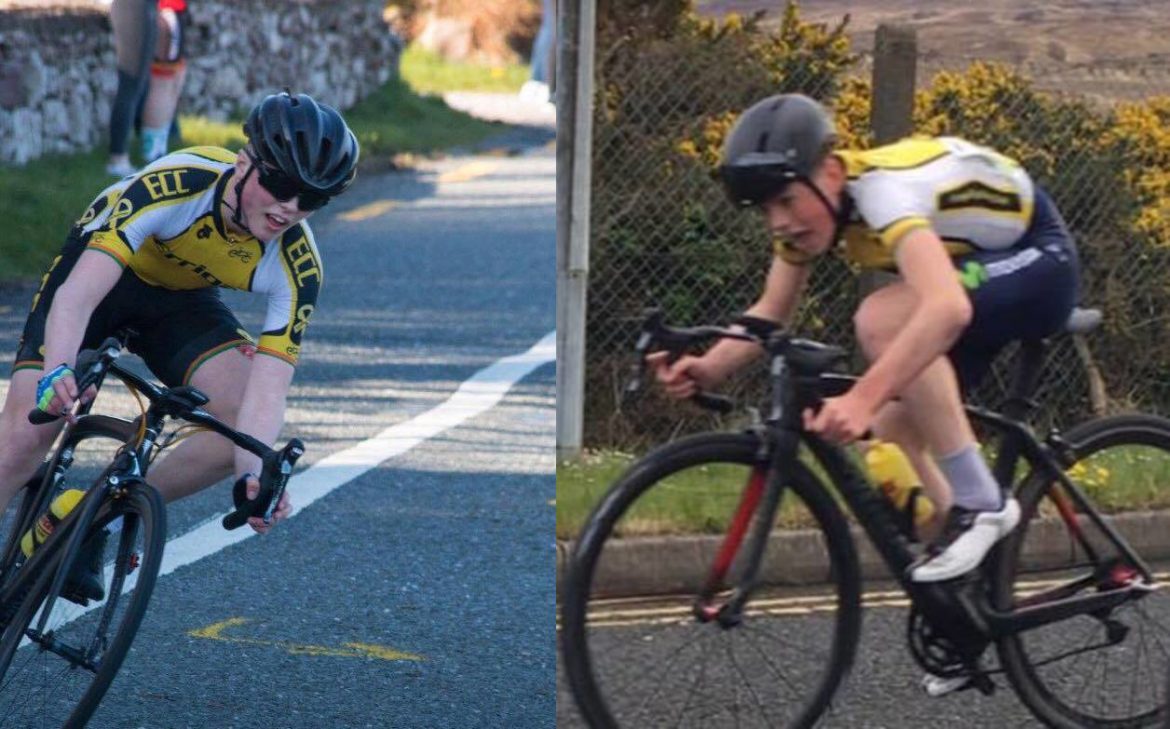 Glenswilly brothers to cycle for Ireland in races in England

written by Chris McNulty May 9, 2017
Facebook0Tweet0LinkedIn0Print0

Glenswilly brothers Cathal and Conor Gallagher will travel to England this weekend to cycle for Ireland in three English Youth League races.

The brothers, who cycle for Errigal Cycling Club, will be in action for the National Cycling Youth Academy and it is their first time to be selected on the one Irish team.

Indeed it is Conor’s first time on Irish duty.

The brothers, sons of Charlie and Colette Gallagher from Drumbogue, are both students at St Eunan’s College, where Conor is in first year and Cathal is a third year student.

The races take place in Derbyshire and Leicestershire on Sunday morning, Monday evening and Tuesday evening.