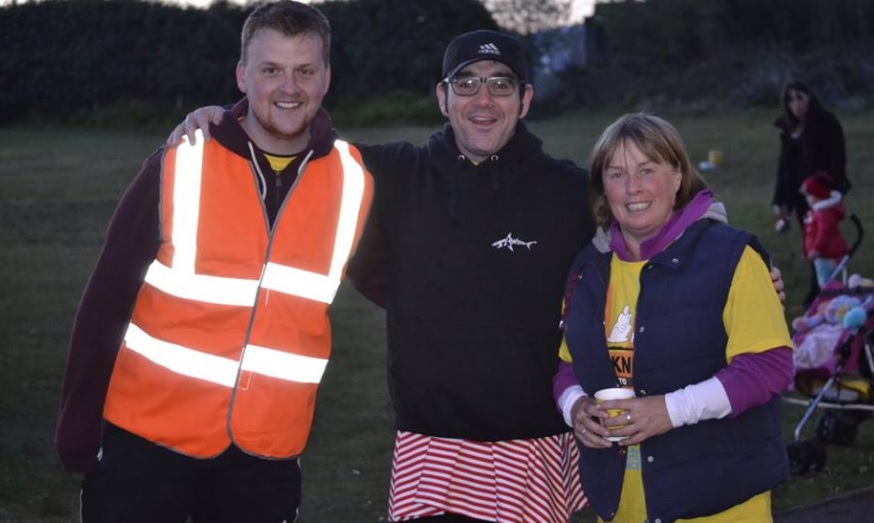 Local man Frankie Connolly turned heads when he walked for Darkness Into Light Falcarragh in aid of Pieta House this year.

While most participants put on the themed yellow shirt, Frankie wore an eye-catching striped dress. His unusual clothing choice wasn’t a mistake made in the early hours of the morning either – it was for a very special reason.

Frankie launched a fundraising campaign in memory of his mother Teresa, who died tragically four years ago.

He described in his fundraising appeal that his family suffered suicide in the past, and it was through his work as a psychiatric nurse that he was able to deal with the devastation.

Frankie set a specific challenge to generate some interest around his fundraiser and attempt to reach a high target:

“Just for the craic if I manage to hit the €3000 mark for this wonderful charity I’ll do the whole thing in my wife’s dress!!”, he promised.

When the day arrived Frankie had gathered the impressive amount and had no other choice but to join the 600 other walkers in Falcarragh while wearing the dress. 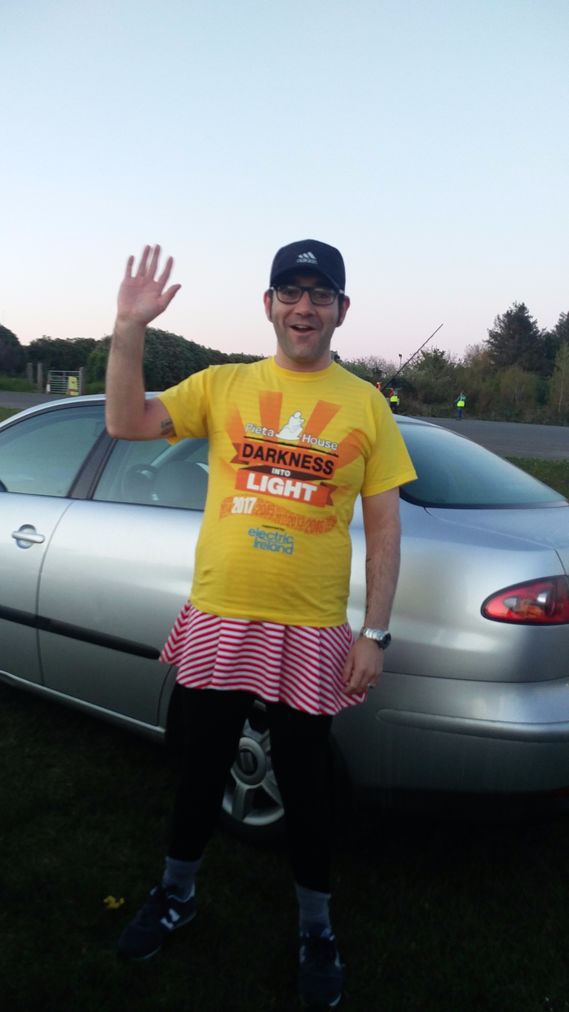 Frankie went above and beyond his target, and has raised €3,357 to date to support the life-saving services of Pieta House.

Falcarragh’s Darkness into Light was a particularly special event as the group walked through the forest on the grounds of Ballyconnell Estate as dawn broke through the trees. €15,100 was raised at the venue. with still donations being collected.

Committee member Annemarie Doohan said: “It’s just unreal the support from the community that we received, from participants wanting to help out on the morning off and all our local sponsors in Falcarragh, Ghaoth Dobhair and Dunfanaghy.” 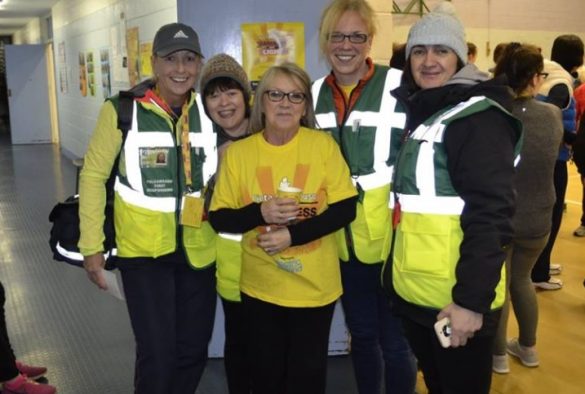 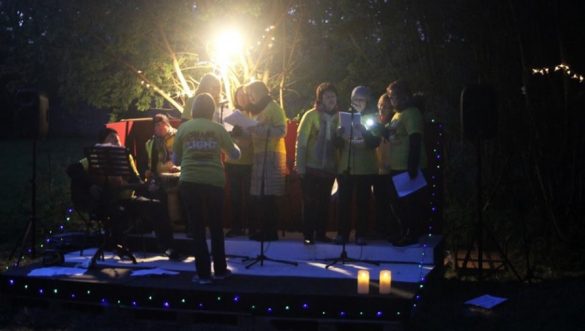 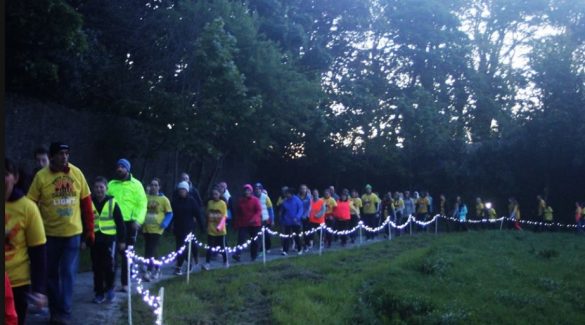 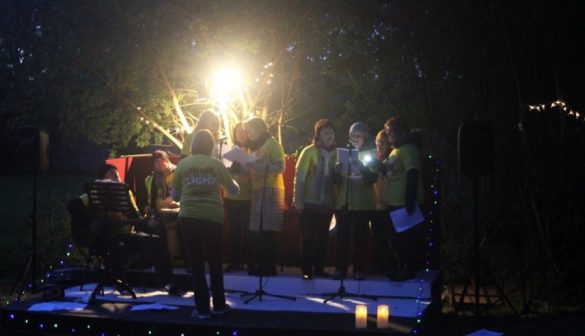 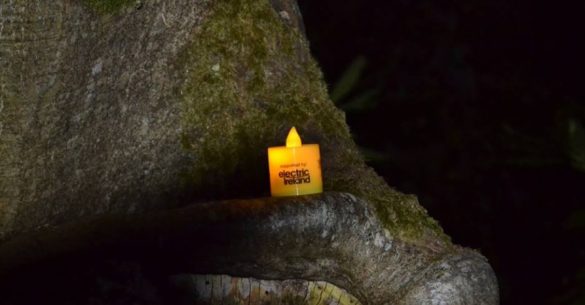 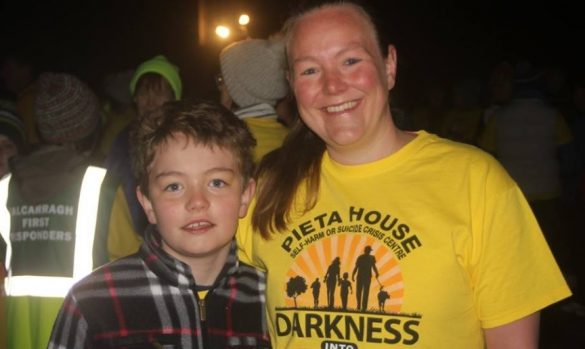 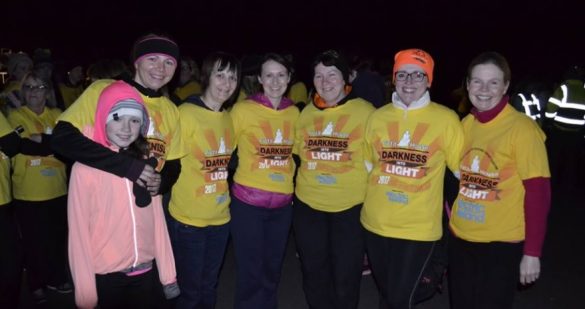 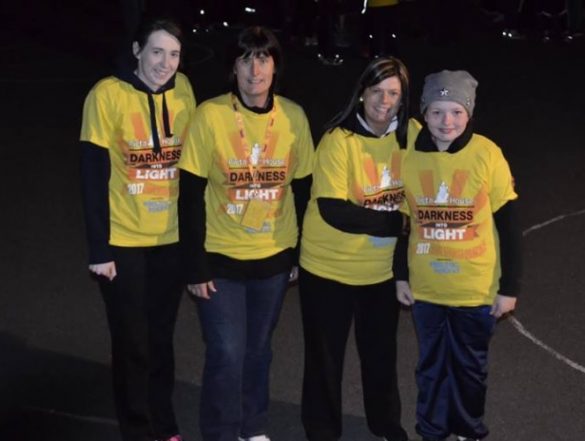 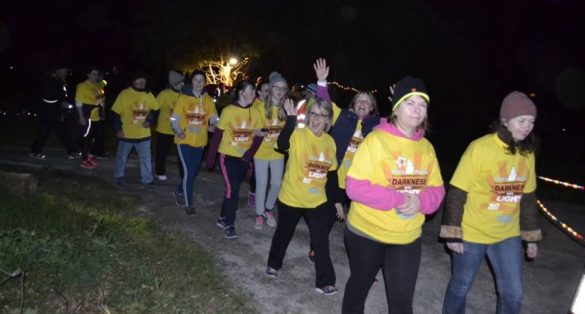 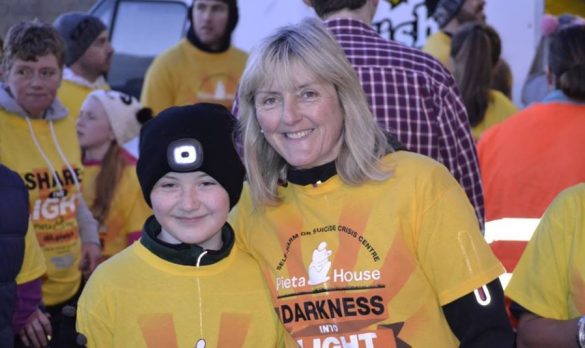 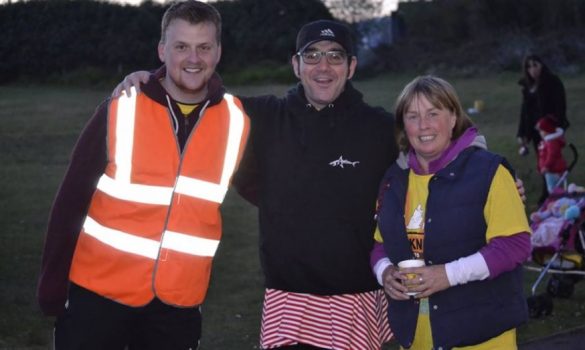 There were over 150,000 participants worldwide in Darkness Into Light 2017 – from Sydney to Dublin to Vancouver. Organisers are now close to hitting the €1 million mark and are this week asking everyone to make one last “post-event” fundraising ask friends, family and colleagues to donate to their individual pages. Visitdil.pieta.ie to find participants to sponsor.