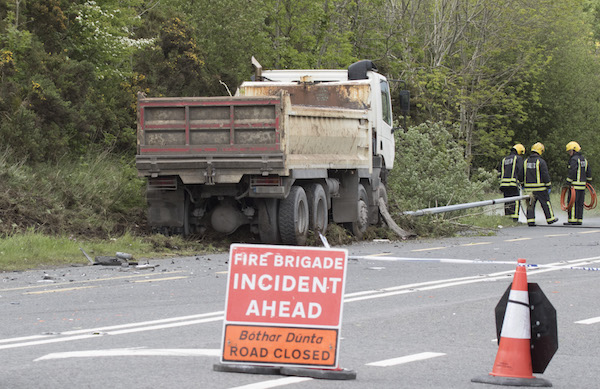 Pensioner dies after crash between lorry and car

written by Stephen Maguire May 17, 2017
FacebookTweetLinkedInPrint

The man, who is understood to be a visitor from the US, had been taken to Sligo General Hospital as a result of his injuries.

However, the man, who was in his 70s, is believed to have passed away last night.

The accident, between a hire car and a truck, occurred before lunchtime on Monday on the N15 close to the Ballintra/Rossnowlagh Crossroads.

The road has been the scene of a number of serious accidents over the years.

The driver of the truck was unhurt but treated for shock at the scene.

Pensioner dies after crash between lorry and car was last modified: May 17th, 2017 by Stephen Maguire
FacebookTweetLinkedInPrint
Tags:
BallintracrashdeathGardaiPENSIONER