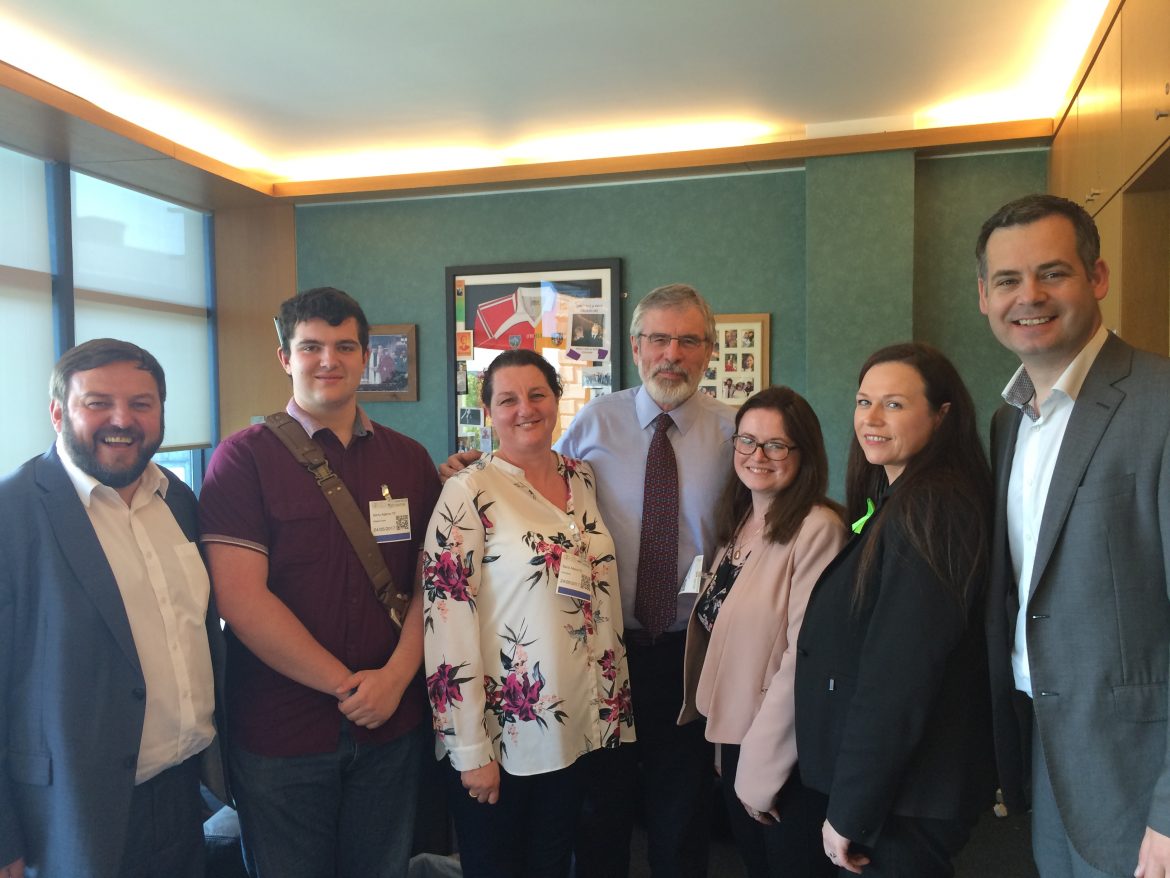 Our Children’s Voice, a Donegal-based parent group, visited Leinster House on Wednesday to meet with political leaders and discuss the problems faced by families with children who have life-limiting conditions or high medical/physical needs.

In a statement from spokespersons Gina Grant and Aisling Nibbs, the group expressed their disappointment over not being able to meet Health Minister Simon Harris, as originally planned.

“We were terribly disappointed to receive last minute apologies from Minister Harris. It was on his request we have this follow up meeting after our meeting with him on the 10-12-16 in Letterkenny University Hospital. He informed us Minister of State for Disability Finian Mc Grath would meet us in his absence. 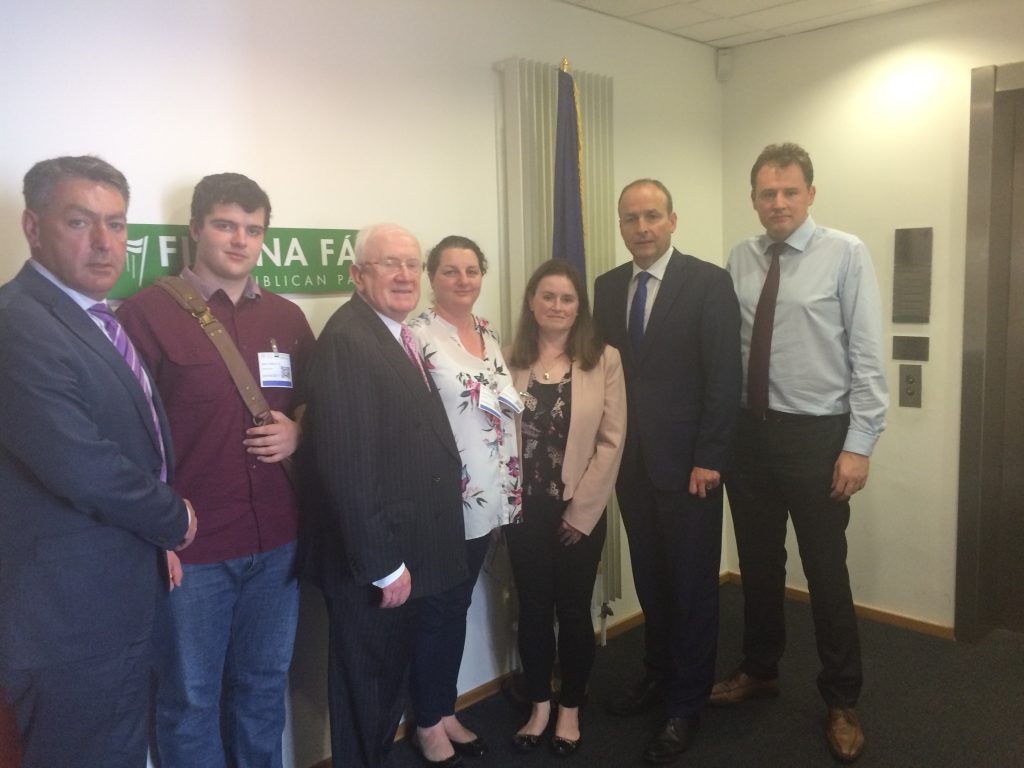 “The meetings in Leinster House afforded us the opportunity to make presentations to cross party leaders about the on-going problems faced by families with regard of nursing respite in/out of the home and end of life care for our children.

“Families feel isolated and desperate due to complete lack of communication and empathy from management including senior management in Donegal HSE.

“Our Children’s Voice spoke of the difficulties faced by siblings as well as parents when no reliable supports are given.

Members of ‘Our Children’s Voice’ sent several submissions stating the untold mental and physical toll that comes from feeling unsupported when caring for a child with high complex needs. The ‘Intense Parenting’ that is required has effects on all the family, they said.

They spoke of the current nursing respite system that they feel is totally inadequate. The findings of a survey recently undertaken by the HSE in Donegal reflects the deep dissatisfaction with the services (or lack of) been provided by the HSE at present.

“The meetings were very proactive; it was refreshing to hear some suggestion and practical measures on the possible way we could move forward,” the group said. 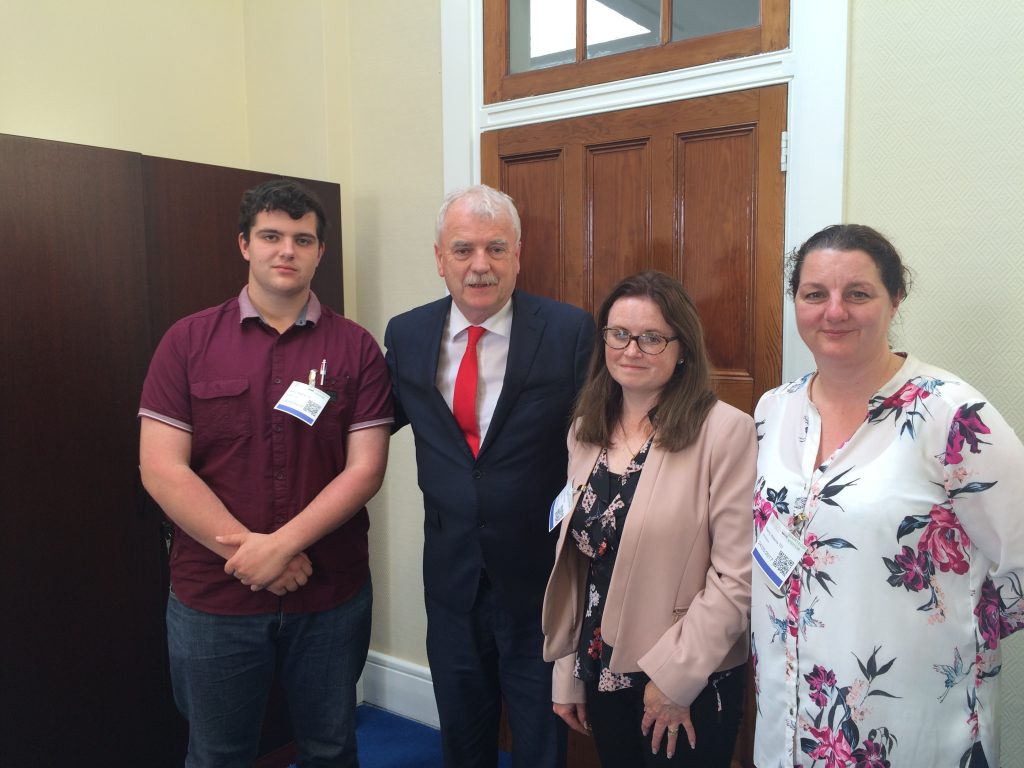 “Minister of State for Disability Mr Finian Mc Grath TD was understandably shocked by the allegations made in the submissions and personal testimony against the HSE. He said he would be discussing this with Minister for Health Mr Simon Harris TD in greater detail.

“We feel we have to give a voice to the voiceless; children with high medical/physical complex needs and their families are too often ignored. We are ever mindful of the fact the parents are reluctant to speak out about their treatment fearful of what the repercussions of doing so may bring.”