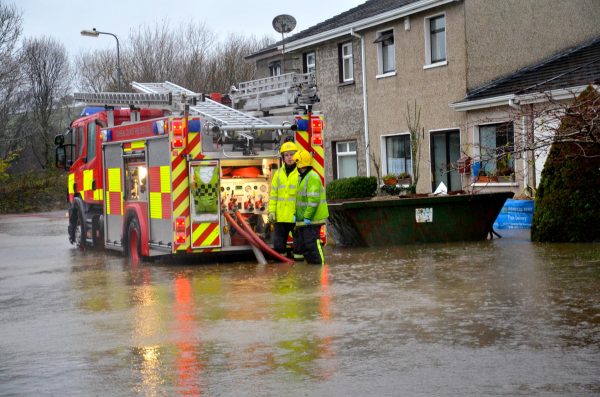 written by Stephen Maguire May 25, 2017
Facebook0Tweet0LinkedIn0Print0

Just €136,000 has been spent on flood relief in Donegal in the past five years, figures just released have shown.

Sinn Féin Finance Spokesperson Deputy Pearse Doherty has reacted angrily to figures which he has received which reveal that since 2012 only one flood relief scheme in the whole of Donegal received funding from the Office of Public Works’ five year Capital Programme.

The county receiving the second lowest allocation out of any of the areas across the state in which flood defences have been introduced.

The figures, provided to Deputy Doherty through a Parliamentary Question to the Minister for Public Expenditure and Reform, shows that of the almost €165M which has been spent since 2012 on the construction and design of flood relief schemes at some 45 locations across the state, Donegal received just €136,000 for the planned scheme at Raphoe.

Commenting on the figures, Deputy Doherty said “Following growing concerns over recent months surrounding the Government’s feeble actions and apparent lack of planning to date to tackle the problem of flooding in many of our towns, villages and rural communities, I have been actively seeking information and figures relating to both the current and planned level of spending on flood relief and mitigation measures across the state.

“Last week, I decided to raise the issue of flood relief schemes and Government spending levels over the past five years, and I asked the Minister for a detailed breakdown of all the schemes which have either been constructed during that period or which are currently at either planning or design stage.

“Clearly, the data which I have now received reveals the shocking level of underinvestment and blatant discrimination which Donegal has been subjected to by Government as part of the most recent package of measures introduced and developed by the OPW in its Capital Programme for 2012 to 2016.”

Almost €165 million has been spent on schemes at many of our major towns, cities and smaller urban settings where the need for flood defence measures have been identified.

Of the 45 sites where schemes have either been built or are at an advanced stage in terms of planning and design, only County Louth received a smaller budget allocation than Donegal.

Deputy Doherty added “And the scale of the discrimination is quite astounding, particularly when you consider that Donegal has one of the worst problems of flooding across our island and yet the figures show that schemes in Dublin and Wicklow received over €22M and almost €34M respectively over the past five years.

“Cork county and city received the biggest allocation where over €41M was spend of flood schemes, Waterford City alone received just shy of €15M while nearly €3M was spent in Galway county to defend towns such as Claregalway and others.

“And it’s evident that smaller and other rural counties received a far bigger slice of the funding for flood schemes than Donegal did, with schemes in Mayo getting €390,000.

“And yet despite the obvious need for greater spending here in our own county, the Minister also revealed in the data that the OPW only plans to spend an additional estimated €2M in Donegal for its current schemes which have to be carried over from this previous programme which will run between now and 2021.

“This is yet another slap in the face to the communities across our county which have been left devastated by the many more recent episodes of flooding here, and this data also comes on the heels of the Minister’s reply to me earlier this month when he failed to give a commitment that the Government would go ahead with schemes planned for towns where recent cost-benefit analysis showed that the cost of defences may not make economic sense.

“While the Government continues to show indifference to communities here, ordinary households and businesses are left wondering not if, but when the next major flood will hit – that is simply unacceptable.”