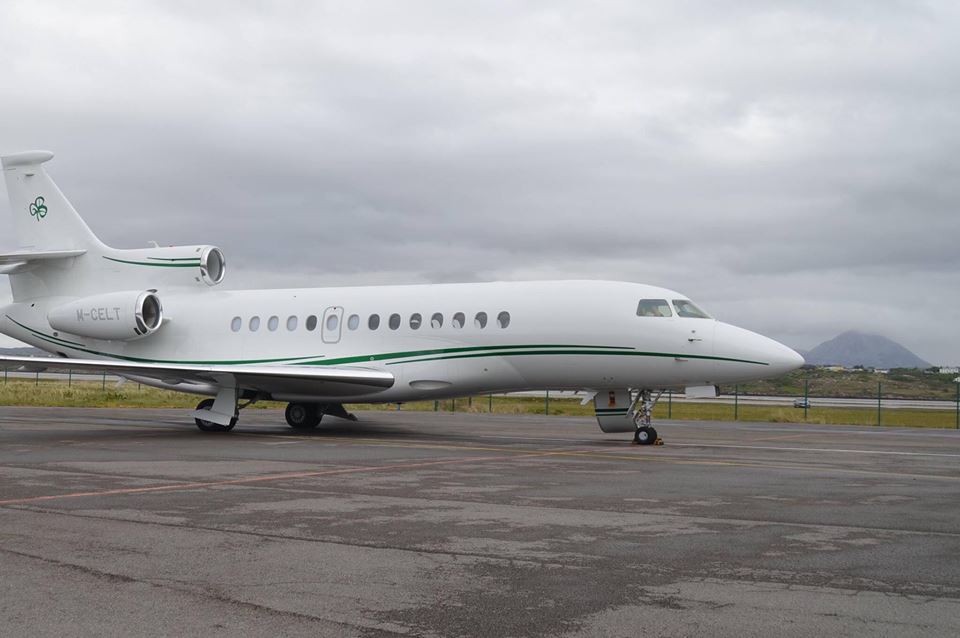 written by Chris McNulty May 26, 2017
Facebook0Tweet0LinkedIn0Print0

Desmond is the largest individual shareholder of Celtic FC and was in Donegal to visit with his brother, Michael, who lives in Dunfanaghy.

Desmond also has some good friends living in Donegal and the Cork native is a regular visitor to the county.

Desmond touched down at Carrickfinn in his Dessault Falcon 7x, the ‘M-CELT’.

In 2012, Desmond was instrumental in hiring former Donegal senior football team manager Jim McGuinness to work with Celtic as a performance consultant.

The pair were introduced by Mick McGinley while attending the 2012 Irish Open Pro-Am at Royal Portrush. 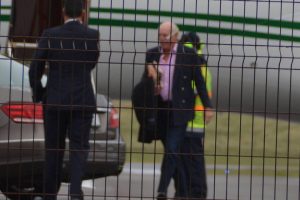 Dermot Desmond after touching down at Donegal Airport this week