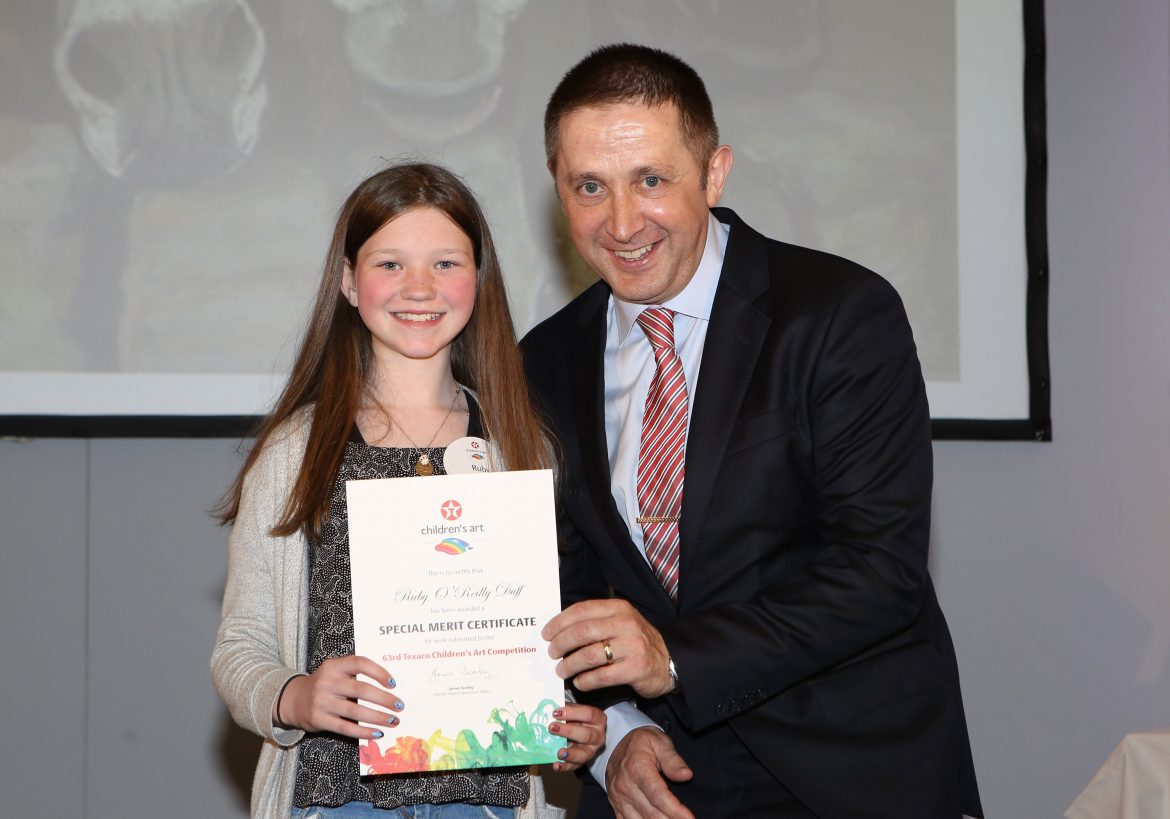 written by Rachel McLaughlin May 26, 2017
Facebook0Tweet0LinkedIn0Print0

Ruby O’Reilly Duff (13), from Loreto Community School Milford, Milford. who won a Special Merit Award in the competition. Ruby is pictured above, and presenting her with the award is James Twohig, Director Ireland Operations of Valero.

Another Donegal winner, who also received a Special Merit Award at a ceremony held in Dublin recently, was Kellie McClafferty (16), from Royal & Prior Comprehensive School, Raphoe. Kelly was unable to attend the prize-giving ceremony.

The two talented teens were among the 126 overall winners who received prizes at the national awards ceremony.

Lucy Deegan, a 17-year-old student from Luggacurren, Co. Laois was the overall winner with her piece, entitled ‘Tom – Summer’.