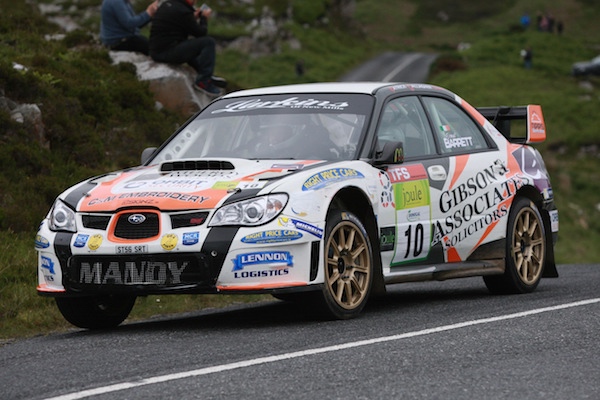 written by Chris McNulty May 31, 2017
FacebookTweetLinkedInPrint

It’s almost time for the 2017 Joule Donegal International Rally – and we’ll be broadcasting the official launch of the Rally this Friday evening.

The Donegal Motor Club and the 2017 Joule Donegal International Rally are hosting the launch on Friday evening at the Donegal County Council offices in Letterkenny at 7.30pm.

Donegal Daily will be streaming the official launch through our Facebook page – https://www.facebook.com/donegaldaily/ – and a number of other exciting announcements will be made about our coverage of the 2017 Joule Donegal International Rally in the coming days.

A full field of 150 crews in the main entry field will roll off the start ramp on June 16 for the only three-day event that remains on the Irish Tarmac Rally calendar.

The historic and junior fields are also at full capacity and a reserve list is also fast filling up as crew look to get in on the action in what is known as the jewel in Irish rallying.

Manus Kelly and Donall Barrett were the winners of a dramatic Donegal Rally in 2016 and the Glenswilly-Milford partnership are teaming up again in the WRC Impreza to attempt to defend their title.

They lead a stacked entry list that also includes the likes of Garry Jennings, Declan Boyle and Donagh Kelly.

A number of drivers and top rallying personalities will be interviewed on Friday night.

The launch gets underway at 7.30pm.