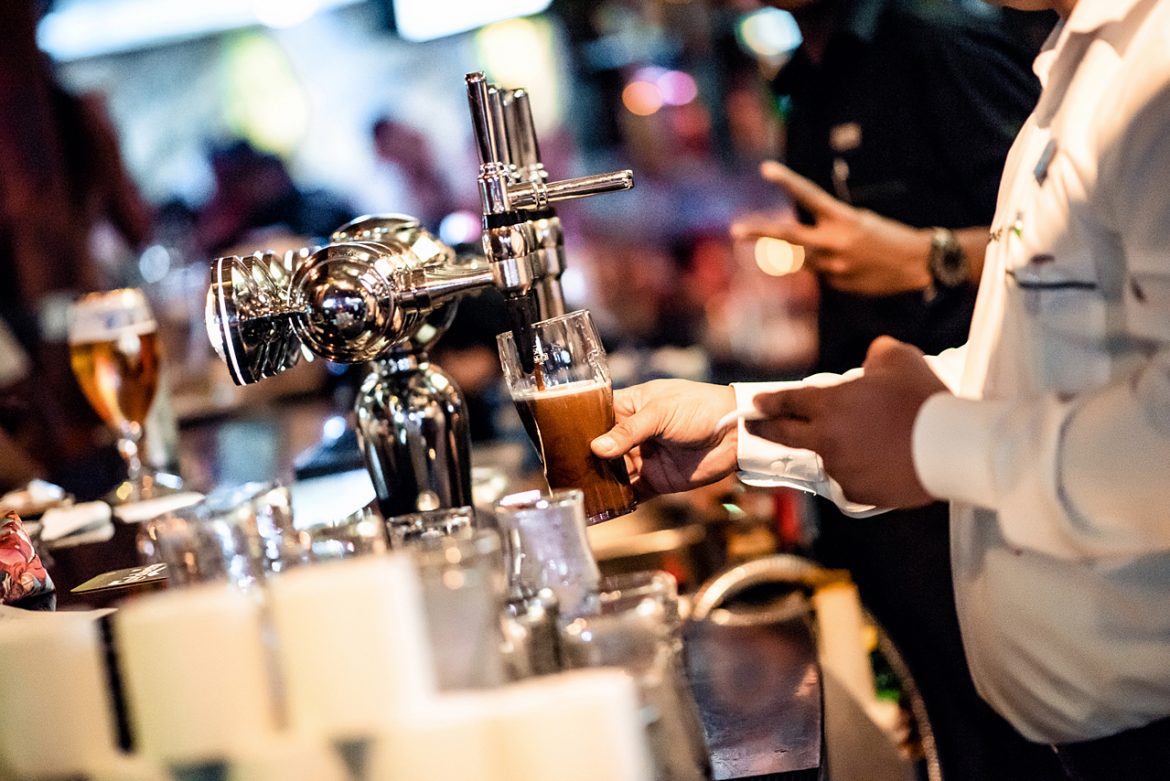 Donegal pub group McGettigan’s have been crowned the Best Bar for 2017 in Abu Dhabi in the UAE.

The popular pub scooped the prestigious ‘Bar of the Year’ award at a recent ceremony at the fourth annual Time Out Abu Dhabi Music & Nightlife Awards held at Jumeirah at Etihad Towers in the UAE capital.

The McGettigan’s Group is a family-run business of hotels and bars and includes The Clanree Hotel and McGettigans – formerly Gallagher’s Hotel – in Letterkenny, Co. Donegal and the popular Warehouse Bar + Kitchen.

Speaking about the win, CEO Dennis McGettigan says “We are absolutely thrilled to be honoured with this award and we’re proud to be representing the Irish in the Middle East and to bring our warm hospitality to the region.”

McGettigan’s is located at the Al Raha Beach Hotel, a luxurious and well-known coastal resort hotel in Abu Dhabi.

Since the pub opened in May 2014, it has become one of the city’s most loved bars and has steadily grown in popularity with Abu Dhabi expats and has been scooping awards year after year including the title of Best Irish Pub Food in the world as awarded by Irish Pubs Global.

“It’s not just Irish eyes that are smiling after a visit to this Emerald Isle style watering-hole. Top pub, grub, plenty of live music and big screens showing wall-to-wall sport make McGettigan’s a great local wherever you hail from,” wrote Time Out Abu Dhabi Magazine.

McGettigan’s Abu Dhabi General Manager and Meath native, Christopher Rafter says, “The team are completely over the moon. It’s a fantastic compliment to be awarded this title and we are very lucky to have such a hardworking team of staff which includes Irish men like myself. It’s always nice to see friendly faces and we get a lot of people from home popping in when they are on holiday and we are very popular with Irish expats such as teachers, nurses and airline staff.”

McGettigan’s roots go back to 1964, when founder and Donegal native Jim McGettigan opened his first pub on Queen Street, Dublin. A family business from the start, the idea to establish a chain of Irish pubs worldwide under the family name, originated through the vision of Jim’s son, Dennis McGettigan.

The first McGettigan’s Irish pub opened its doors in Jumeirah Lake Towers, Dubai in November 2010. With the inaugural venue a success, the brand expanded further, with new bars opening across the UK and Ireland, the Middle East, Asia and USA. Six years later and there are a total of 15 McGettigan’s pubs worldwide.