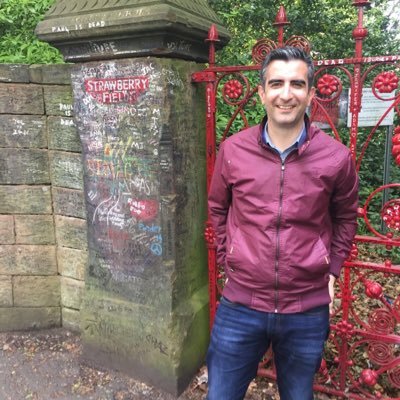 Growing up in Annagry,  Co Donegal Tommy Martin now works in Dublin as the presenter on TV3’s Champions League football as well as being one of the presenters on Saturday AM and Sunday AM and is also a columnist for the sports website the42_ie.

This is Tommy’s Donegal…

1. What is your favourite place in Donegal and why?

Carrickfin Beach. Donegal is full of beautiful beaches so I suppose everybody has their favourite one. Carrickfinn is not only stunningly beautiful, you also generally have it mostly to yourself. It has a way of completely decompressing you from all the stresses of modern life. Half an hour in Carrickfinn is worth a week at an expensive detox or mindfulness retreat, and it’s free!

2. If you could change one thing about Donegal what would it be?

I’d have a motorway direct from Dublin to Annagry, so I could get home quicker!

3. Who is the one person that you look up to and why?

My parents (sorry, two people). They moved from Glasgow to Donegal when my brother and I were babies to give us a better upbringing, and made so many sacrifices for the two of us and my sisters that everything we have today we owe to them. They instilled values in me that I still depend on today, so I have so much respect for both of them, and still call them to discuss any problems or worries I might have.

4. What’s your happiest memory in Donegal?

Watching Celtic beat Rangers 6-2 in September 2000 in Sharkey’s Bar in Annagry! I was heading off for a year in Australia a few days later – good times!

5. What has been Donegal’s proudest moment in recent years?

Winning the All-Ireland of course! I always remember the intense feeling of pride in the county that summer, which I think those of us living outside the county felt especially strongly.

6. What would be the first thing you’d buy if you won the lottery?

7. If you had a million euro to improve something in Donegal what would it be?

Improve the broadband network – although a million mightn’t do it…

8. Who is Donegal’s greatest ambassador around the world and why?

Has to be Daniel!

9. What has been the biggest compliment you’ve ever received?

Somebody on Twitter recently compared me to Bill O’Herlihy, which despite being completely way off the mark (I’m not fit to lace his microphone), was very flattering.

10. Who is your favourite Donegal sportsperson of all time?

11. What is your favourite Donegal restaurant?

12. What is your favourite Donegal saying or expression?

13. What is the biggest challenge facing the people of Donegal today?

Providing an environment where businesses can thrive and create employment so people do not have to leave the county for work. This means government investing in broadband, transport and infrastructure, and the county continuing to market itself as a destination for tourism and business.

14. Is there anything that really annoys you about Donegal or its people?

Is it possible to be too laid back?

15. Do you have a favourite local band?

Can’t beat a bit of Goats Don’t Shave. ‘Hills of Donegal’ is a modern classic, gets me on the dance floor within seconds (don’t hold that against them).

16. Where’s the most unusual place you’ve logged on to Donegal Daily?

Somewhere between Gdansk and Poznan while at Euro 2012 to check the result of Donegal’s game with Derry in the Ulster Championship.

17. Is there anything about Donegal that you are very proud of?

The scenery. It truly is spectacular. I always say that – given the right weather – it stands up to anywhere in the world.

Daniel has done so much for the local area, putting the Rosses on the map and bringing in countless visitors, but it has to be Packie. I was 12 in 1990 when he saved the penalty against Romania, and remember meeting him at the Mary from Dungloe festival shortly after. I couldn’t believe the size of his hands!

19. What’s the biggest thing you miss about Donegal?

The pace of life, the quirky sense of humour, my mother’s cooking!

20. What’s the most rewarding part of working for TV3?

Getting to do a job that I love. Sometimes I have to remind myself that it is actually a job; for example on a big Champions League night when Messi or Ronaldo has just done something amazing and you have to talk about it. Call that work?! At the same time you have a massive responsibility to the viewers, as I remember what it was like to look forward to watching a game all week, so there’s a great sense of satisfaction when a broadcast goes well and the feedback from viewers is positive.