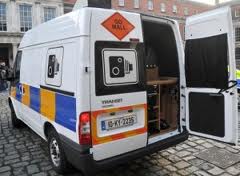 Figures released by the Road Safety Authority (RSA) indicate that Donegal drivers are the most unlikely in the country to have incurred penalty points from 2007 to 2016.

Donegal drivers were issued just 0.58 penalty points on average per 1,000 residents despite having the sixth highest number of road deaths in the country.

Counties in the commuter belt of Dublin City were the most likely to be issued with penalty points with Kildare. Kilkenny, Wicklow, Wexford and Meath receiving 1.03 to 0.90 penalty points per 1,000 residents respectively.

“From these statistics, there also appears to be a clear disconnect between the most dangerous roads and the location of the imposition of the penalty points. Logic should dictate that the policing of our roads should be more intense in the counties with the highest fatalities,” said Sinn Fein TD Peadar Tóibín.

“The opposite seems to be the case. Many people complain that points seem to be issued on busy main roads where it’s easier to ‘harvest’ penalty points more so than quieter dangerous regional routes. This may be borne out by these figures.”

Currently 13.9% of Donegal drivers have penalty points on their license making them the lowest in the whole country.

This makes the county both the least likely of having picked up penalty points, and the county with the fewest proportion of drivers who currently actually have points, despite having the sixth worst road fatality record in the country.

610,551 drivers in Ireland have penalty points on their license, with 3.712 of those having between 10 and 12 points, 12 points resulting in a six month ban from the roads.