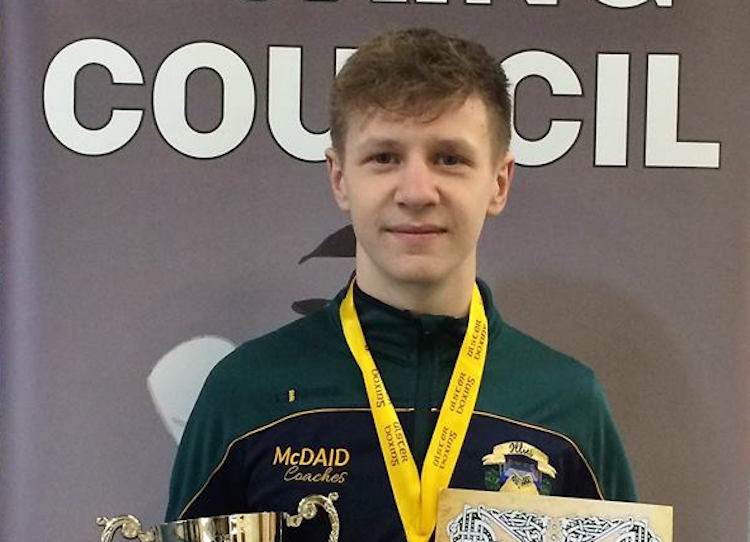 Illies Golden Gloves’ John Moran returned from the Black Forest Cup in Germany with a silver medal as he continues his Commonwealth Youth Games preparation.

The Illies light-flyweight was beaten on a split decision by Norway’s Christian Goman in the final.

The verdict irked the Irish officials in Germany, who felt that Moran had done enough to merit a win.

However, he had to settle for silver in the high-profile tournament held in Villingen-Schwenningen.

“The competition was selected because it’s a very tough multi-nations tournament, and we wanted to have a look at where the guys were, and where they need to be in six weeks’ time,” said Team Ulster coach John Conlan.

“It was a great learning curve for the guys. I went there not even worrying about getting medals, I just wanted good performances, and as the tournament evolved the boys’ performances got better and better.

“I’m very pleased with everybody, the juniors and the youths.”

The Commonwealth Youth Games are held from July 18-23 in the Caribbean and Moran, having beaten Diarmuid Toland in early May in a box-off, is set to compete.