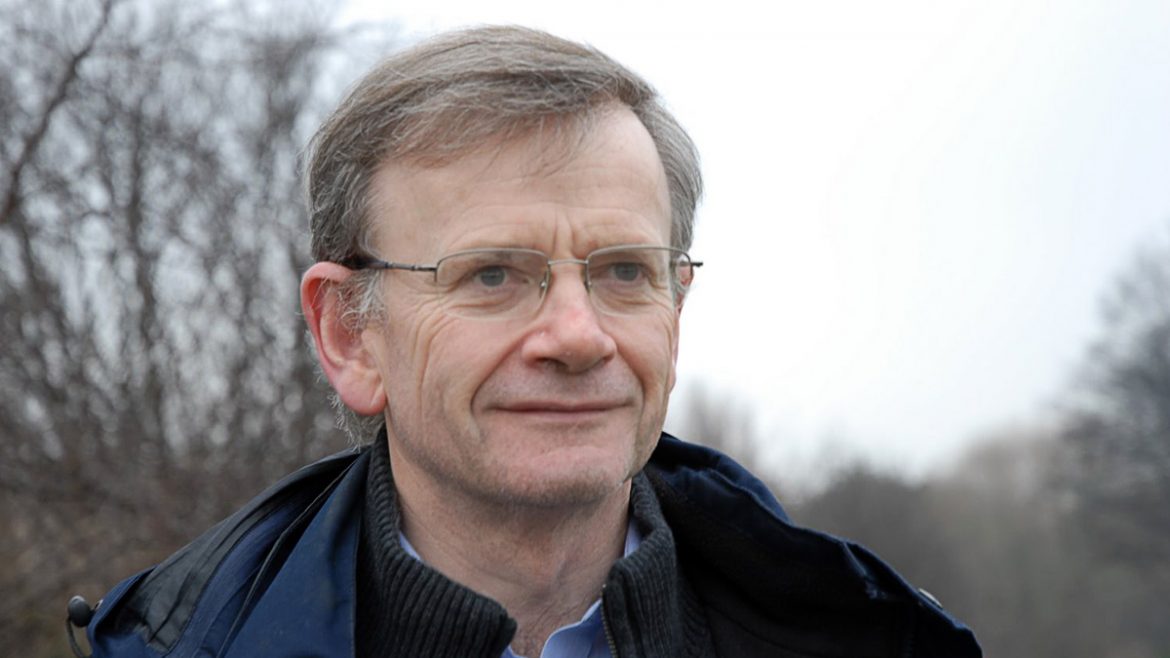 “I know I will feel at home” – New Bishop of Raphoe, Fr Alan McGuckian

The Bishop Elect of the Diocese of Raphoe, Fr Alan McGuckian SJ, says that he feels at ‘home’ in Donegal.

This morning, the outgoing Bishop of Raphoe, Philip Boyce, revealed the name of his successor – the County Antrim-born Jesuit Fr McGuckian – who was present at St Eunan’s Cathedral in Letterkenny for the announcement.

Since first attending a Gaeltacht College in Rannafast in 1968, Fr McGuckian has been a regular visitor to Donegal.

“I am a North Antrim man, but I am actually a native speaker of Ulster Scots,” Fr McGuckian, who will be ordained on Sunday, August 6, told a large congregation that included the teachers and pupils from Scoil Colmcille in Letterkenny.

“I have a sense that there are those in east Donegal whose English will sound very familiar to me – and that will be music to my ears.

“West Donegal and the Gaeltacht areas will be like a Shangri-La for me, where I will feel very much at home.

“I know a lot of Donegal and I know a lot of the Parishes. There are a lot that I don’t know, but I am praying for them all every day – and I will be for the rest of my life.”

Bishop Boyce, flanked by a large crowed of priests from across the Diocese, made the announcement before a large attendance at St Eunan’s Cathedral after morning Mass.

At the same time, Pope Francis relayed a similar announcement in The Vatican.

Until the ordination of Fr McGuckian in August, Bishop Boyce will serve as the Apostolic Administrator of the Diocese.

A large crowd of priests from the Diocese of Raphoe were in attendance this morning, as was Monsignor Piotr Tarnawski, the Deputy Head of Mission of the Apostolic Nunciature in Dublin, via whom communication was received from Pope Francis on the appointment of Fr McGuckian.

Bishop Boyce turned 75 in January, which is the mandatory retirement age for Bishops. He had offered Pope Francis his resignation in early 2015, but was told to wait until a successor had been appointed.

Fr McGuckian described himself as a ‘fairly typical Jesuit’ and acknowledged Bishop Boyce: “Bishop Boyce has been unfailingly kind and generous to me and I appreciate it deeply. I trust that I will have his wise counsel in my early days and I know that he will be praying for me and for us.”

Fr McGuckian SJ, is a 64-year-old native of Cloughmills in County Antrim, who was proposed to Pope Francis – who in 2013 became the Catholic Church’s first Jesuit Pope – by Archbishop Charles Brown, who is the outgoing Papal Nuncio.

Fr McGuckian was born in February 1953 the youngest of six children of the late Brian and Pauline McGuckian. Two of his brothers are also Jesuit Priests.

“He is a good Ulster man like ourselves,” Bishop Boyce said, “and a good Pioneer.

“Fr McGuckian is a man of much experience and I give him a warm welcome into our Diocese. I am sure he will have the same wholehearted welcome by the clergy and laity of Raphoe. He is no stranger to Donegal.”