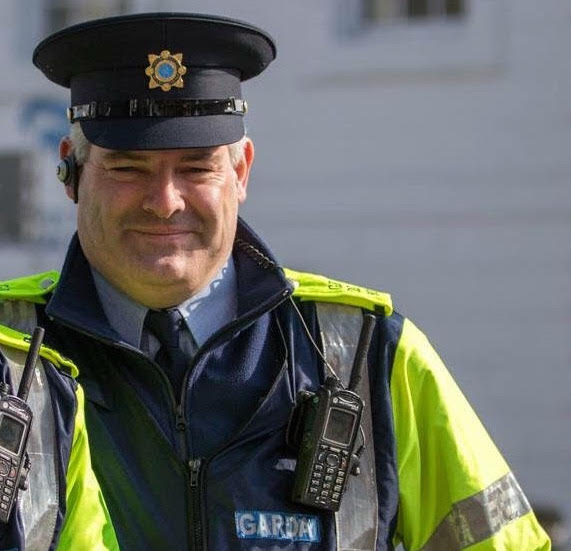 A well-known member of the Garda Reserve force based in Letterkenny has announced he is quitting the post today out of frustration.

Reserve Garda Gerry Murphy has served with the force for the past 10 years.

But today he hands in his uniform after calling the 700 members of the reserve force around the country as a “wasted resource.”

Mr Murphy said he has absolutely no gripe with his colleagues in Letterkenny or Donegal and that he has always been made feel welcome.

His issue is with the Government and Garda top brass.

His main issue is that he has received no training since 2012 and he says this is simply unacceptable.

He says there is a misconception that reserve Garda do not have powers of arrest and merely operate a “watching brief” but this could not be further from the truth.

“We received full powers of arrest in 2014 so when we go out on the streets we are Gardai in all but name.

“The main reasons I am resigning is because of a lack of updated training. I did not join the Garda Reserve for money but the reality is that we work an average of 208 hours per year and receive just over €1,000 after tax for that service.

“That breaks down to just over €4.50 an hour. I think that could also be increased,” he said.

Another reason he handed in his uniform to Letterkenny Garda station this morning was because of a lack of motivation.

He said he had spoken to his fellow reserve members about his decision and many said they felt the same way.

“I just want to make a stand. I never wanted to become a full-time Garda but I did want to contribute to society and I feel that I have.

“I just felt like I could go no further,” he said.

He said that with Brexit and the upgraded threat from terrorism, the 700 or so reserve force members could well be needed on more than a part-time basis soon.

He added that he handed in his uniform with a large degree of sadness as he was well-received in Letterkenny where he said the full-time Garda members were under extreme pressure.

“Gardai in Letterkenny are in need of resources. The visibility on the streets during the day is very rare and this is where the reserves could be utilised.

“I have to say we were well received in the station at all times and welcomed when we reported for duty.

“I want to say a big thank you to Garda Tina Foley and Sgt Eunan Walsh for all their time, effort and support over the time I spent in Letterkenny Garda Station,” he added.