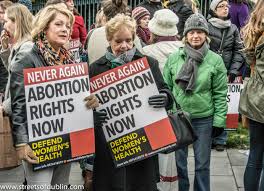 Figures released today by the UK Department of Health have revealed that 63 Donegal women travelled abroad this year to receive a termination.

The report showed that 3,265 women travelled out of the country to receive an abortion last year, compared to the 3,451 women who received treatment in 2015.

63 of these women were from Donegal, 2% of all those that travelled over, ranking Donegal as 11th on the list for the county with the most terminations.

520 women chose not to disclose their county, while another 724 women gave addresses from Northern Ireland.

Women aged between 20-24 were the most likely to travel abroad, while 10 of the women were under the age of 16.

Irish females accounted for almost seven in ten (67.9%) of the non-resident abortions carried out in Britain last year. Around 169,000 women and girls have travelled from Ireland to the UK to have abortions since 1980.