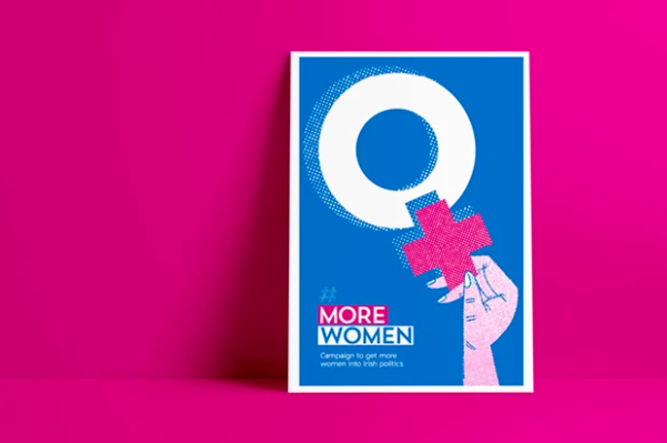 #MoreWomen: Meet the team who are working to shatter the glass ceiling in Irish politics

The gender balance of Varadkar’s new government is off; but there is a team of inspiring women working towards changing this.

New Taoiseach Leo Varadkar has faced criticism for his male-dominated government. Since becoming Taoiseach, Varadkar had thirty four positions to fill. Only seven of these were filled by women.

At the senior Cabinet table there are just four women compared to ten men.

Orla O’Connor of Women’s Council Ireland says “We now have 19 ministers of state. That is one more than the total number of women who have sat at Cabinet since 1919.”

Currently, there are thirty five female TDs, making up 22% of the Dail. Despite representing less than a quarter of the Dail, this is the highest amount of women in politics recorded in Ireland.

This record high has been helped along by the gender quota brought into action during last year’s General Election. The gender quota outlines that if 30% of a party’s members are not female; they lose 50% of state funding.

Activist group Women for Election have been working towards shattering the glass ceiling of Irish politics since 2012, having trained over 1,000 women already.

The goal of activist group Women for Election is to see a more balanced cabinet following the next General Election, and after two election cycles to see the amount of women represented in the Dáil going towards 40%, with the ultimate goal of having a 50:50 representation of both men and women in the Dáil.

The Women for Election campaign have cited the ‘5 Cs’ as main reasons for the under-representation of women in politics; confidence, cash, culture, childcare, and candidates election procedures.

Speaking to Donegal Woman, co-founder of Women for Election, Niamh Gallagher, said that Varadkar’s cabinet choices were very disappointing, and there was a missed opportunity for him to promote women within the party, especially as Varadkar has been pointing to international colleagues such as Canadian Prime Minister Justin Trudeau who appointed an equal number of men and women to his cabinet in 2015.

We are taking ACTION to get #MoreWomen into Irish politics.

Gallagher adds that the women within the party have become increasingly diluted due to the manner in which he reshuffled the super junior ministers.

Although she hoped that he would draw on the female talent on the back benches of Fine Gael when appointing his junior ministers this week, this did not come to fruition.

Women for Election have responded to Varadkar’s choices by launching an extraordinary campaign to raise €50,000, which will go towards training 300 women to stand in future elections; with the aim to provide women with support to inspire, equip and inform women entering the political arena.

By training women, Women for Election hope to create a strong pipeline of women in Irish politics, so as when it comes to appointing senior positions; there will be women to choose from.

A quote from the mother of Irish politics, Constance Markievicz, who was the first woman elected to the British House of Commons in 1918 and the first female Cabinet Minister in 1919, encapsulates the sentiment of the #MoreWomen movement;

“A consciousness of their own dignity and worth should be encouraged in women. They should be urged to get away from wrong ideals and false standards of womanhood, to escape from their domestic ruts, their feminine pens… We have got to get rid of the last vestige of the Harem before woman is free as our dream of the future would have her.”

To find out more, visit www.womenforelection.ie

“Women are required to be perfect just to show up. Men & women not held to same standards.” @joanburton #MoreWomen pic.twitter.com/XJLHmj8bCQ

Four women Ministers, meaning number of women at Cabinet remains at 26% -yet to breach critical mass and a way off a gender balanced Cabinet

#MoreWomen: Meet the team who are working to shatter the glass ceiling in Irish politics was last modified: June 23rd, 2017 by Elaine McCallig