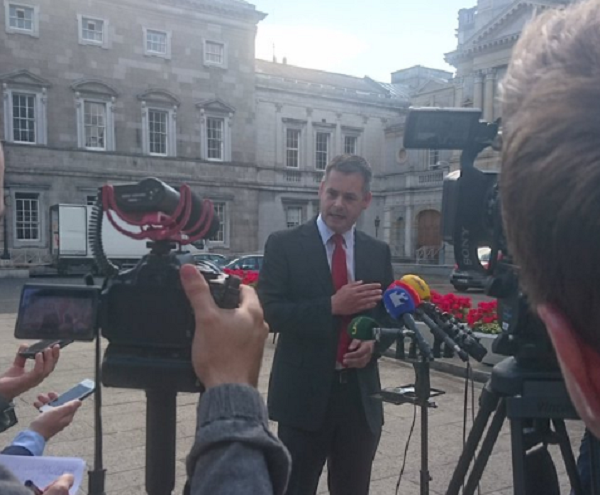 Doherty: “Devil is in the detail” of Varadkar’s tax proposals

Teachta Doherty said the only commitment in the Taoiseach’s leadership manifesto was for a €441 million tax cut for those earning twice the average wage.

He said; “Taoiseach Varadkar’s commitment to cut income tax may be extremely popular but the devil is in the detail.

“The only commitment he made in his leadership manifesto was to ensure nobody pays a marginal rate of over 50%.

“That’s nearly a half a billion euro of a tax cut for some of the highest earners in the state meanwhile there is no commitment to invest the required funds to take people off hospital trolleys or to build the required amount of social homes that are so desperately needed.

“The next general election will be a contest between parties that are genuinely committed to fixing the crises in health and housing and parties who are committed to cutting taxes for some of the most wealthy people in society.

“No party can do both – that is not possible.”

Doherty: “Devil is in the detail” of Varadkar’s tax proposals was last modified: June 28th, 2017 by Elaine McCallig