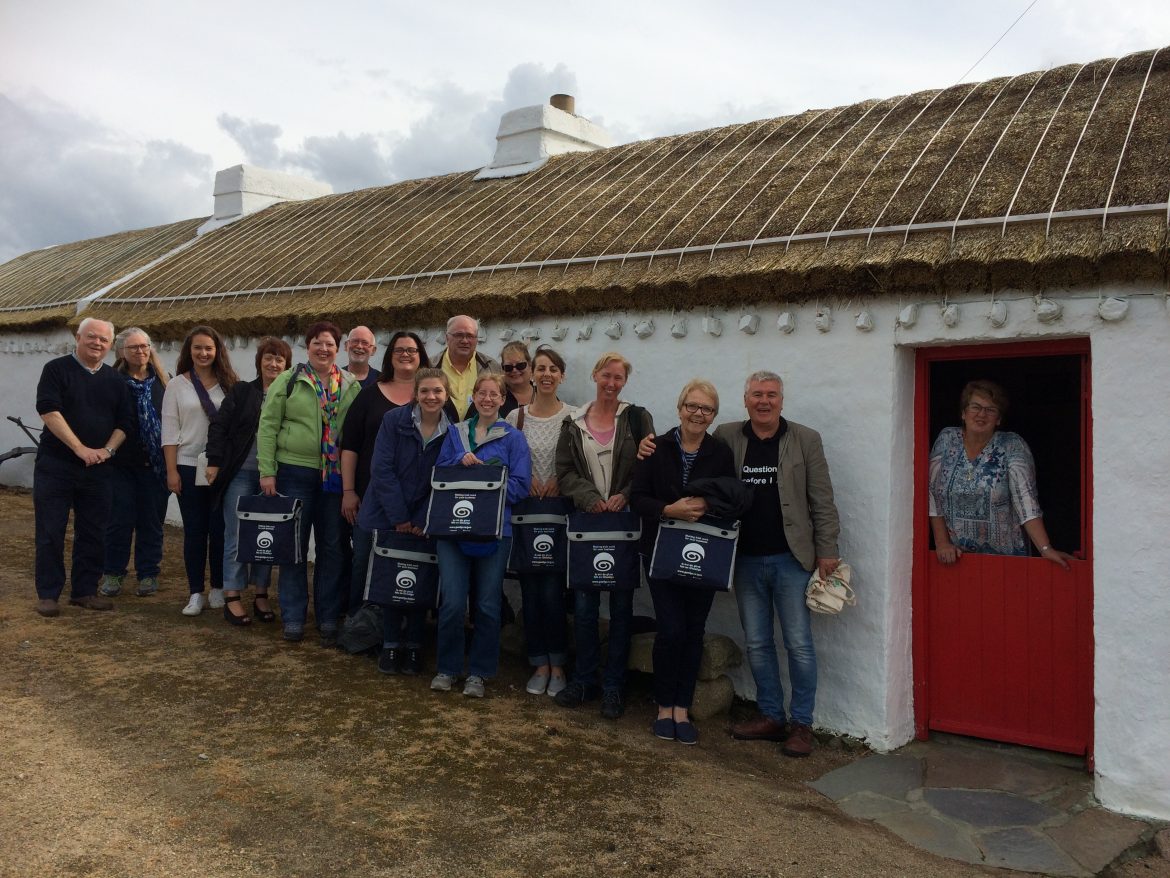 Novelists, poets and short-story writers from all across America have descended upon Gaoth Dobhair this week to highlight the region’s natural beauty and culture.

The writers have travelled from states as diverse as Wyoming, California, Wisconsin, Arizona, Michigan and Newfoundland to take part in the annual international ‘Ireland Writing Retreat’ held in the boutique hotel of Teac Jack in the heartland of the Gaeltacht and will stay until Sunday.

With whiskey being the muse of many writers from James Joyce to Mark Twain and Ian Fleming, and with Donegal having its first distillery for more 200 years, retreat organisers collaborated with the Sliabh Liag Distillery to create a hearty ‘Céad Míle Fáilte’. Chief executive, James Doherty, mixed whiskey cocktails with the surprising flavours of rhubarb and orange.

“We want to reclaim part of the lost heritage of Donegal, to replicate the uniqueness of whiskey-making, a skill that was an integral part of life here two centuries ago,” Doherty said, describing the subtle taste of his company’s ‘Silkie’ brand.

Guitarist-singer-songwriter Ian Smith entertained the writers with his own compositions, including ‘The Holy Hour’ about the history of whiskey, that will soon feature in a special international musical show touring Germany entitled ‘Whiskey, You’re The Devil.’

The writers – most of whom had never been to Donegal – also enjoyed local traditional foods ranging from delicious home-baked breads and scones to carrageen moss and dulse served in the traditional thatched cottage ‘Teac Mhuiris’ overlooking Bloody Foreland and the islands of Gola, Inismeain and Umfin. Here they learned about the history of the cottage, basic Irish phrases and cèilidh dance steps from members of the local An Crann Og community centre.

Other retreat activities included nightly music concerts, a boat trip to Gola on ‘The Cricket’ alias ‘The Love Boat’ captained by Sabba Curran and a tour of Glenveagh National Park and Castle.

The writers penned stories about excursions they experienced, which will help in the promotion of many local attractions. The stories were critiqued by published authors and editors, including Anthony Quinn, Mark Gregory and Sean Hillen.

Workshops focused on strengthening key writing skills such as character development, dialogue and importance of landscape. One, entitled ‘IQ for Creative Writers,’ highlighted the importance of questions (thus IQ meaning ‘I Question’) and the five journalism Ws – ‘who, what, why, where, when’ with the all-important sixth W, ‘what if,’ in the development of plot and character.