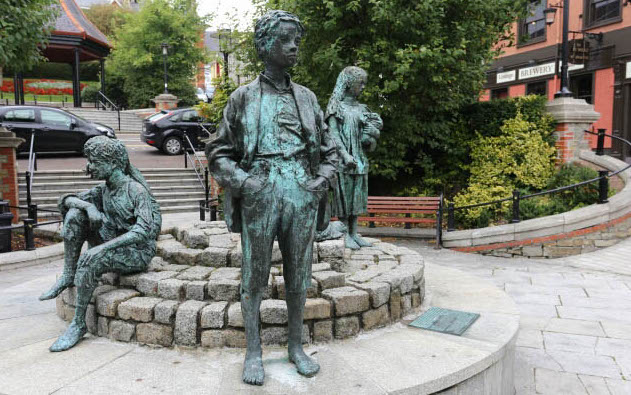 Councillor Gerry McMonagle has called for those responsible for causing damage to statues at Market Square Letterkenny to be given up to Gardai.

The statues depict local children at a hiring fair day in Letterkenny and are one of the town’s most notable and recognisable structures.

One of the statues was knocked over and damaged. It was found near where it had been standing.

“This was a scurrilous act of vandalism and was an attack on the local community,” Councillor McMonagle said.

“This piece of art depicts a time in the history of Letterkenny and is much remembered by the older generation of the Town and surrounding area so people are rightly angered by what has happened to the sculptures at the Market Square.

“Volunteers of Tidy Towns committees and Council have invested so much time and resources into the Market Square to make it the centrepiece of our Main Street which regularly gets high marks from Tidy Town judges.

“I would ask those responsible for this vandalism to reflect on their actions and desist from this type of behaviour and to respect their local environment.

“I would also appeal to anyone who has information that could identify those responsible for this vandalism to contact the Gardai.”

Gardai in Letterkenny have appealed for information.