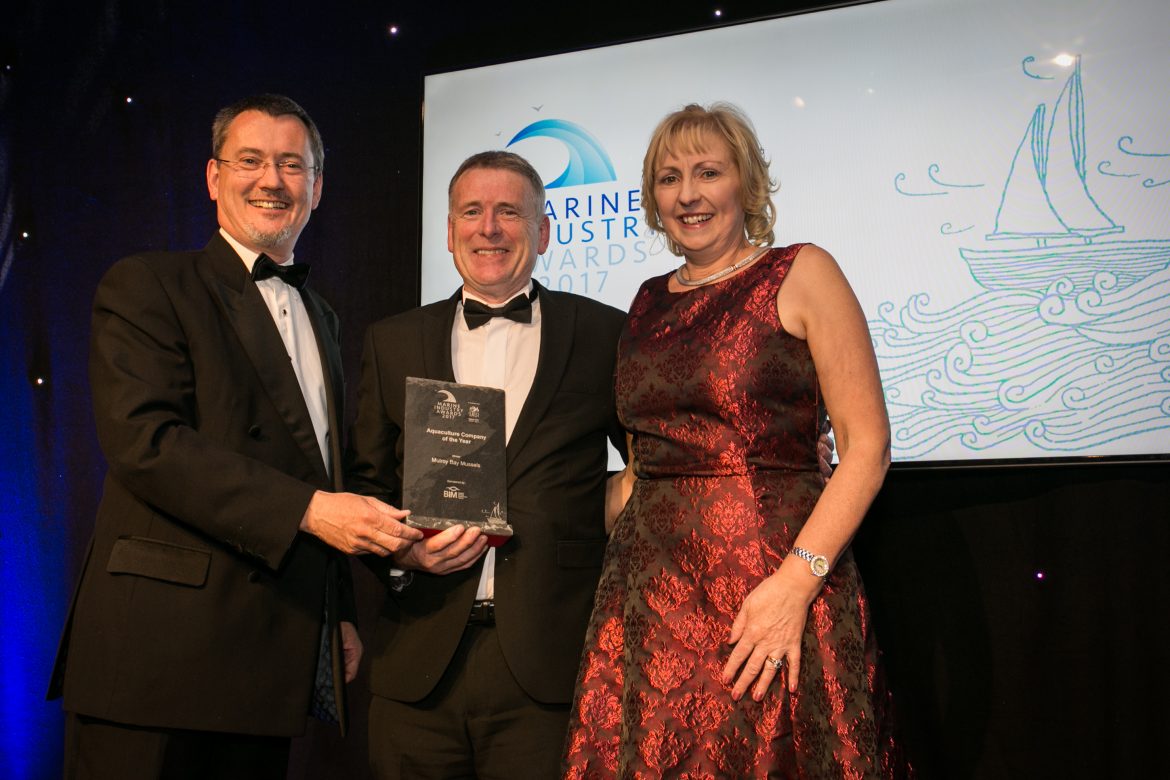 Mulroy Bay Mussels Ltd has won the award for Aquaculture Company of the Year at the Marine Industry Awards.

The husband and wife team of Hugh and Bridget Wilhare started the business in the 1980s, and the Wilhare family have been growing quality mussels in Mulroy Bay for over 30 years.

Mulroy Bay Mussels were commended on a national scale for their cultivation methods at the awards held last night at the Radisson Blu Galway during the SeaFest.

The Marine Industry Awards provide a voice for companies and individuals that play a significant role in the growth and development of the maritime and marine industry in Ireland.

The awards celebrate these successes and bring to light the high standards of excellence that companies in the maritime and marine sector have reached in recent years.