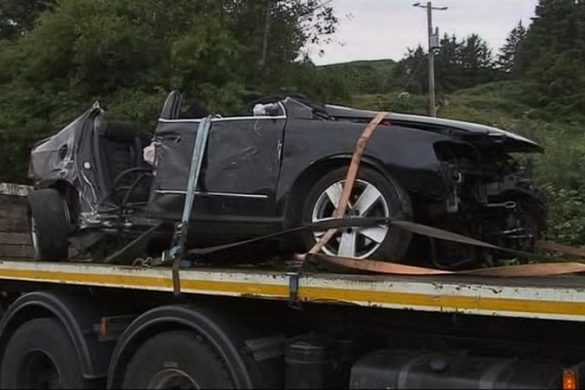 In a parting message to Donegal, retiring Circuit Court Judge John O’Hagan has warned boy racers in the county: ‘Stop’.

Judge O’Hagan was sitting at Letterkenny Circuit Court for the final time today.

Judge O’Hagan has been a Circuit Court Judge for the Northern Territory for the last 11 years.

The County Louth native, originally called to the bench in 1998, presided over cases at Letterkenny Courthouse today for the last time today and took some time to thank various people and to reflect.

Among the cases to have come before Judge O’Hagan during his time in Donegal was the horrific road traffic accident in Clonmany in July, 2010 that resulted in the death of eight people – the single biggest loss of life from a car crash in the history of the State.

“The Gardai and the emergency services have had most awful experiences,” Judge O’Hagan said.

“The Clonmany crash…I always think about how that affected the emergency services who came on that scene. It must have been awful. I am sure many of them required counselling.

“The emergency services have a horrible job and they have a very difficult task.”

Judge O’Hagan told members of the media present in court that he wanted to get a strong message out.

He said: “I am sick to the death of body racers, young men out killing themselves in cars. I hope they get the message. We need to get a strong message out there: Stop!

“The behaviour is not on. It may achieve something or not, but hopefully it will.”

Judge O’Hagan paid tribute to the Gardai, adding: “They have a difficult job. You could be the most heinous criminal in the country, but when you get burgled, the first thing you do is to ring the guards and you’d expect them to come and look after you like any other citizen. People don’t like uniforms, but they are necessary.

“Prison officers are the same. I see young men going to prison for the first time – country boys from Donegal who have never seen the inside of a prison before and are thrown into a restrictive environment – and the orison officers are terrific. They coach the guy along and make it as easy as possible.”