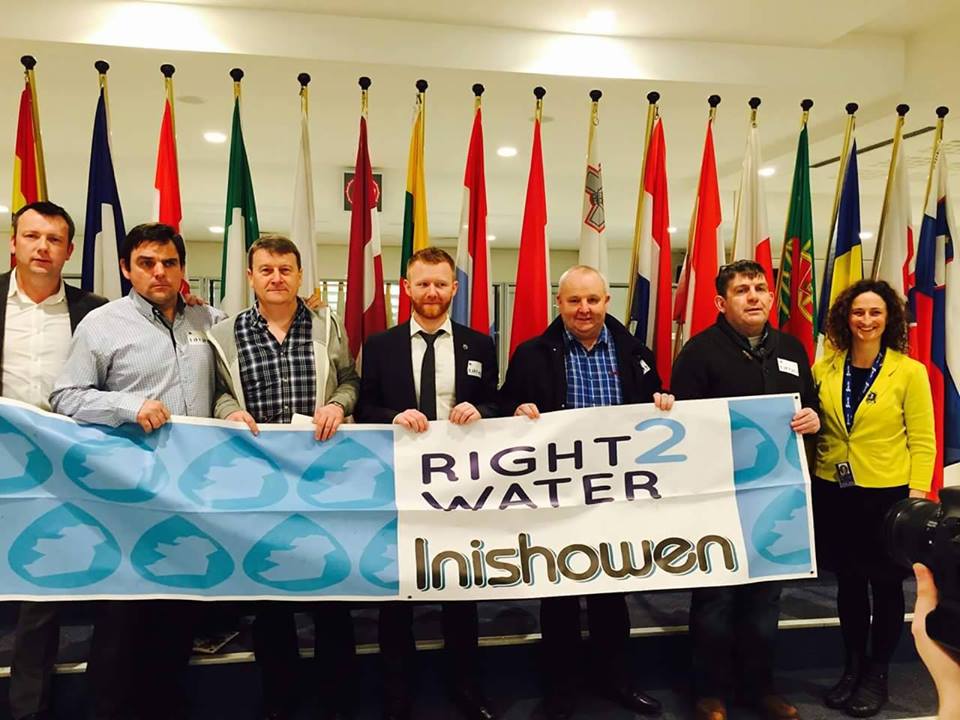 Local Donegal campaigners in Right2Water welcome the not guilty verdict delivered by the jury in the trial of those accused of falsely imprisoning the then Tanaiste Joan Burton and her colleague in Jobstown, Dublin in November 2014.

Charlie Mc Dyer, Chairperson of Right2Water Donegal said; “This trial underlines how desperate the state were to send out a message those who are prepared to protest against austerity that their resistance wont be tolerated.”

Activist Owen Curran added to Mc Dyer’s statement by saying “This trial represented an attack on all of us who got involved in the anti-water charges movement, which was the biggest grassroots protest movement in years.

“The purpose was to portray all protesters as being part of a violent mob – instead of what they are, real people standing up for themselves and their communities against those with power whose reckless austerity policies have ripped the heart out of those communities.”

Philip Mc Fadden, secretary of Right2Water Donegal said; “Another 11 defendants who have trials starting in October and next year still face an uncertain situation.

“How can further prosecutions based on the same investigation now proceed? All charges must be dropped now and the guilty verdict against the 17-year-old already convicted overturned.”

Maire Nic Fhearraigh, Gortahork based activist concluded; “This trial has also opened many peoples eyes to how senior Gardaí got involved in what could be termed political policing.

“This verdict is a victory for all, including those in Donegal who have, and no doubt will again in the future engage in peaceful disciplined protest.

“We have had Mick Murphy, one of the accused, address a meeting in Falcarragh a few months ago, and everyone who attended are delighted that he and his co-accused have been found not guilty, and in doing so have defended the right to protest for us all.”