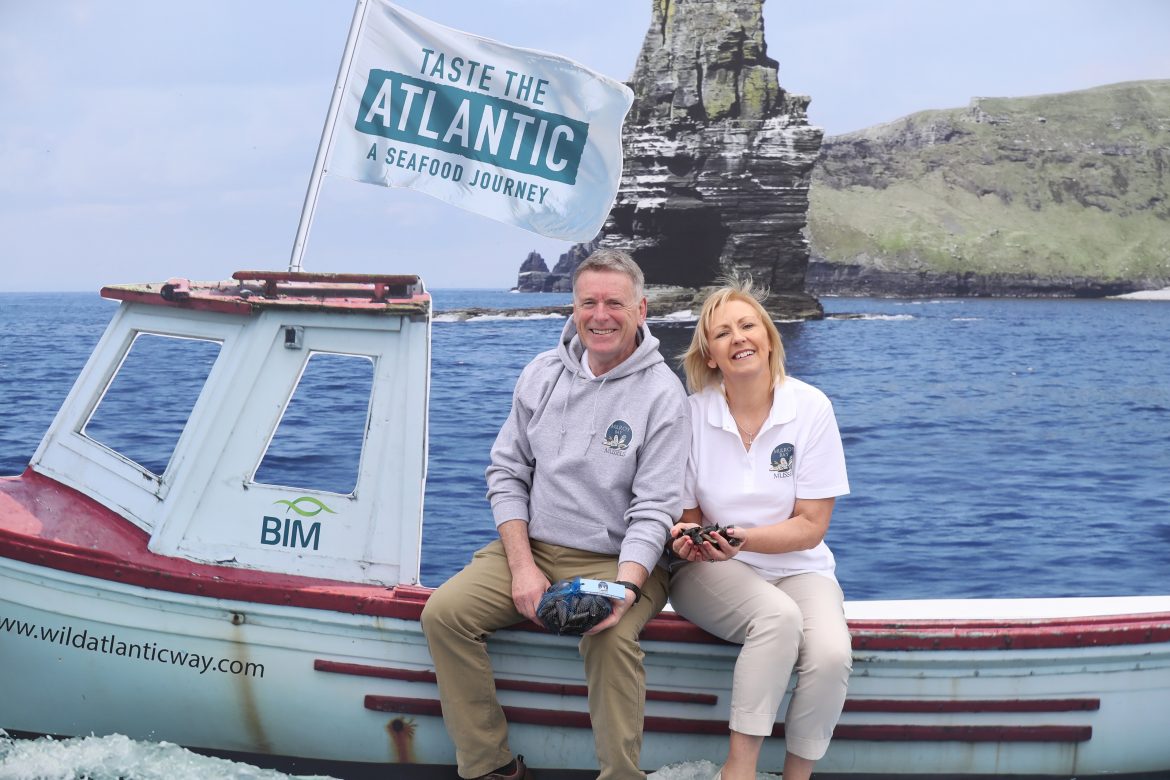 Seafood producers get on board tasty tourism trail

Donegal’s seafood industry is set to reap a boost from the Wild Atlantic Way brand after being included on a new Taste the Atlantic Seafood trail.

The map will run along the Wild Atlantic Way route from Donegal to Cork and showcase 22 of Ireland’s exceptional seafood producers. 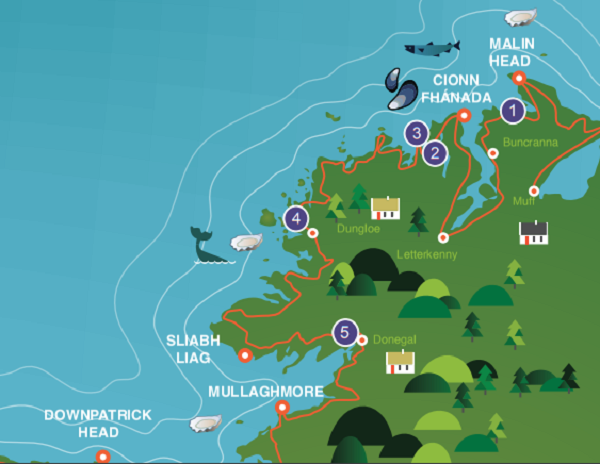 The expansion of the ‘Taste the Atlantic- a Seafood Journey’ trail was announced by Bord Iascaigh Mhara (BIM), Ireland’s Seafood Development Agency and Fáilte Ireland at Seafest, Ireland’s national maritime festival in Galway.

The immersive visitor experience will offer a platform to showcase Ireland’s top seafood producers from the Inishowen Peninsula at the top of Donegal right down to Oysterhaven Bay in Cork.

As part of the trail, a display on the history of oysters in Ireland will open in July at the Doagh Famine museum in Inishowen.

It is set to become a whole new way for visitors to experience the Wild Atlantic Way and to learn more about how Irish seafood is caught and farmed. 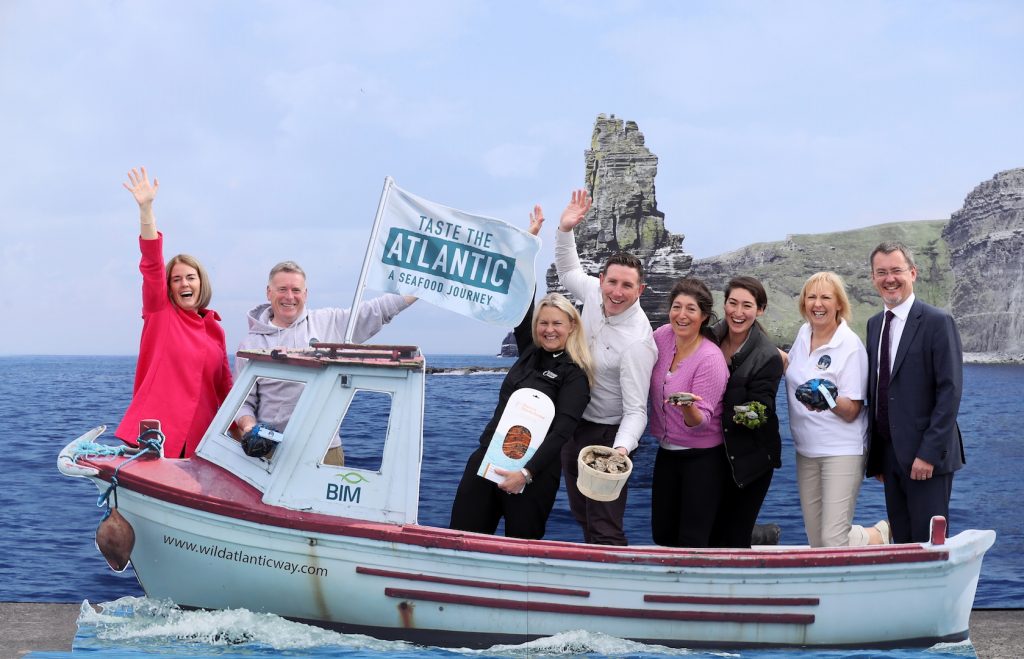 The ‘Taste the Atlantic’ seafood trail will offer visitor attractions designed to highlight Ireland’s seafood and coastal heritage while encouraging consumers to develop an appreciation about how our seafood is caught and farmed.

Features include experiencing seafood caught by local fishermen direct into port; Oyster tasting fresh from the water; learning about the craftsmanship involved in producing fresh shellfish; and how traditional smoking methods can incorporate local flavours such as Donegal turf and Burren oak.

According to a report issued by BIM earlier this week, Ireland’s seafood industry is estimated to be worth €1.1 billion with 11,000 people employed directly and indirectly by the sector around the coast.

Sinéad Hennessy, Fáilte Ireland’s Food Tourism Officer said, “The expansion of the Taste the Atlantic Seafood trail only serves to reinforce the success businesses along the Wild Atlantic Way have been experiencing since the inception of the route.

“Food plays a leading role in the visitor experience and the Taste the Atlantic Seafood trail delivers the Wild Atlantic Way on a plate to visitors ensuring they have unforgettable memories they can take home with them.

“Now that the trail has extended the length of the route even more businesses in these coastal communities will be able to reap the rewards of the Wild Atlantic Way and we are delighted to be part of that success.” 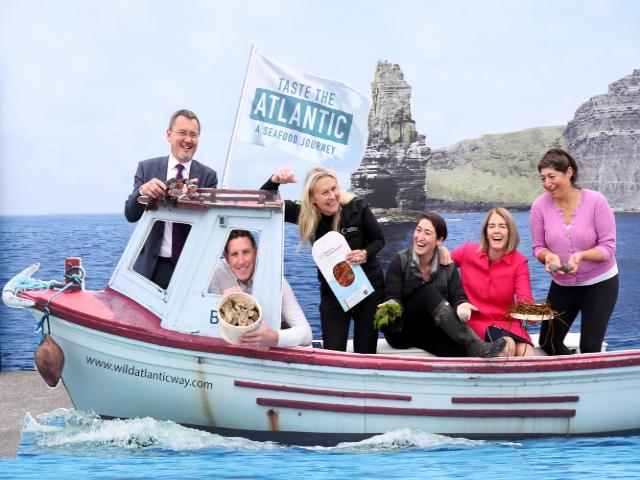 The seafood journey will also be supported by local restaurants and cafés where fresh locally caught and farmed produce can be sampled overlooking the sea.  Seafood products available along the trail include the finest Irish rock oysters, rope-grown mussels, clams, organic salmon, trout, mackerel and herring; and the shellfish delicacy, abalone.

Speaking at the launch of the extended trail, Jim O’Toole, Chief Executive Officer of BIM said,

“The clean and clear waters along our Atlantic coast provide ideal conditions for cultivating excellent fish and shellfish which have contributed to the growth of many exceptional family seafood businesses right along the western seaboard.

“While these producers may already be experiencing success on the export market, the ‘Taste the Atlantic’ trail along the Wild Atlantic Way links the product with the people and the place allowing visitors to celebrate the cultures, customs and traditions which have developed over centuries in these coastal communities where there are such strong links to the sea.”

The ‘Taste the Atlantic’ seafood trail will be marked by a number of signposts in key viewing areas along the Wild Atlantic Way route.

For a full list of producers on the trail, visit www.bim.ie/tastetheatlantic.