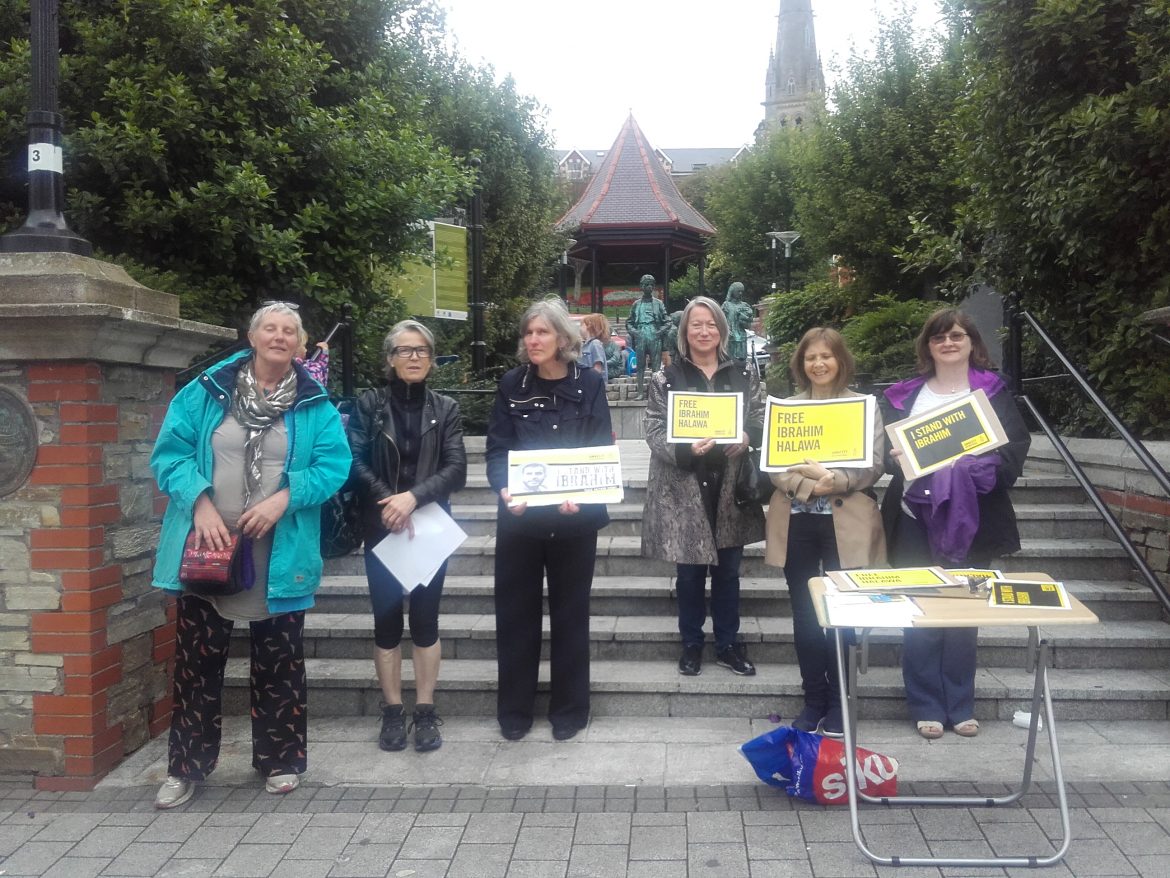 The Letterkenny branch of Amnesty International held a vigil for Ibrahim Halawa at the Market Square in Letterkenny yesterday evening. There was also a petition available for signature.

It took place at the Market Square, Letterkenny at 5:30pm.

A spokesperson for Amnesty International Letterkenny says “Ibrahim is a young Dublin man held in prison without trial for four years in Egypt. 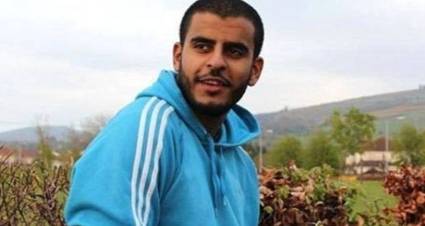 “His trial was postponed for the 25th time yesterday, this time till 9th July.”

Minister for Foreign Affairs and Trade Simon Coveney says that further progress has been made in the trial, with a number of police witnesses called and cross-examined.

“A team of official Irish observers will again be present in court for that hearing.”

Minister Coveney hopes that the trial is coming to a close, and although the Irish Government cannot directly intervene, they can ensure that Halawa is returned to Ireland following the trial.

“I welcome the indications that the trial is now progressing into its final stages.

“The Irish Government cannot intervene in a case that is before the Egyptian courts. What we can do, and what we are doing, is redoubling our efforts to ensure that the Egyptian authorities fulfil the clear commitment which they have given us to resolve this issue as soon as the trial ends, and return Ibrahim Halawa to Ireland.

“I have already met with the Egyptian Ambassador in Dublin, Ms Soha Gendi, to discuss this case, and I look forward to speaking to the Egyptian Foreign Minister, Sameh Shoukry, as soon as possible to impress upon him how important I believe this matter is, and to reinforce the need for its early resolution.

“I and my officials are working hard towards that goal and we will continue to do so. I am determined to do everything I can as Minister for Foreign Affairs to make sure that Ibrahim Halawa is back home in Ireland with his family as soon as possible.”

An Amnesty International spokesperson added; “Amnesty has conducted a thorough review of all of the evidence and concluded that Ibrahim could not have committed the violent crimes he’s been charged with.

“Amnesty’s researchers have confirmed that Ibrahim was arrested while sheltering from the violence. Ibrahim is a Prisoner of Conscience detained solely for peacefully exercising his right to freedom of expression and freedom of assembly.

“His continuing imprisonment represents an inexcusable violation of both international and Egyptian law,” they concluded.