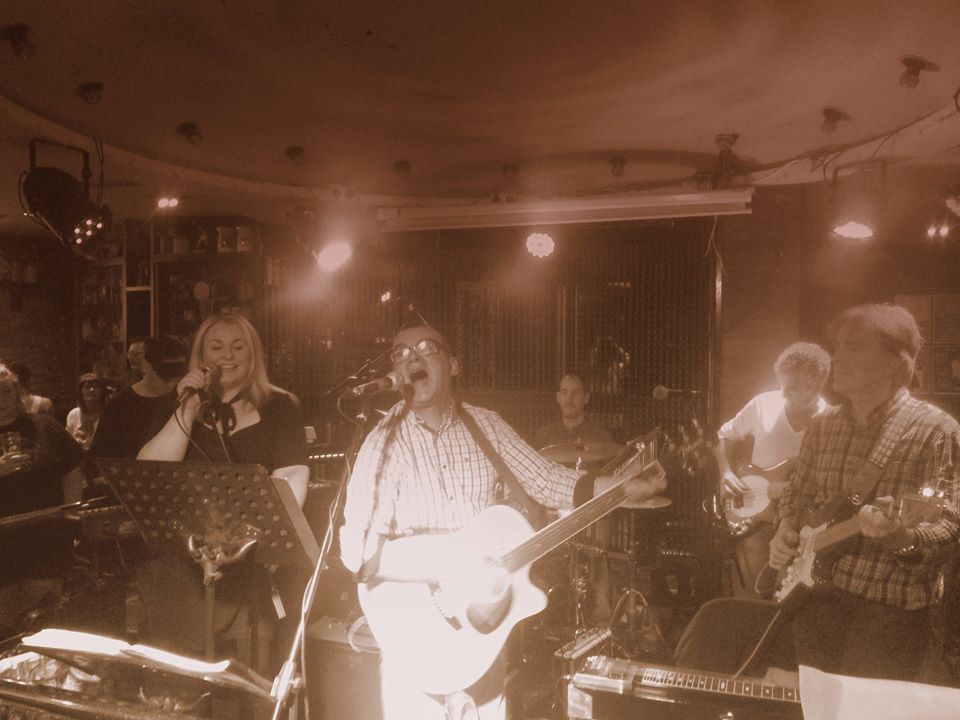 A Letterkenny man’s selfless fundraising endeavours in the last two months have raised in excess of €16,000 for Pieta House – and the figure is growing by the day.

Martin Orr, from Glencar, embarked on a fundraising trail in May when he was asked by the mother of a local suicide victim to host a charity gig in his memory.

Martin and his band, the Honky Tonk Heroes, regularly play gigs in Voodoo in aid of local charities.

Martin taught Seamy Peoples how to play guitar and his parents, Roisin and Pat, are regulars at Martin’s gigs around Letterkenny.

Seamy died by suicide on April 4 and the popular Penny’s employee’s memory has lived on through a series of fundraising endeavours. Penny’s staff did Darkness Into Light as part of ‘Team Seamy’ while Martin’s fundraising has gone way beyond the €2,000 that had been his original aim.

By Thursday lunchtime, the figure stood at €15,624, with another €500, at least, to be collected from donations later today.

Martin, whose regular football musings on Facebook end with his signature ‘more later’, has been overwhelmed at the contributions.

“The reaction has been amazing,” Martin says in a quiet corner of Voodoo, which was packed to its rafters for Sunday’s gig, which saw a host of local acts and talents play to the capacity crowd.

“Seamy’s mother and father Roisin and Pat have been coming to my shows for ages.  They’d be in on a regular basis. They have followed the band for a long time. 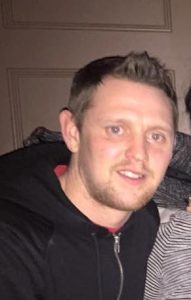 “Seamy and Mary would’ve been in too and I played at his 30th birthday party in the Glencar Inn last year.

“I knew Seamy very well. He was a guitar student of mine and he was very good, actually.

“There is music in the Peoples family. Seamy’s uncle, Dinny, was in the first band I was ever in, a Ceili, Irish and traditional band when I was 13. I was a drummer and Dinny played the guitar and sang.

“ It was coming up on two months ago and Roisin called me one Sunday morning. She asked me if I’d do one of my Voodoo charity days – I do one every few weeks – for Pieta House. Usually they’d raise around €700-€1,000.”

Martin has played gigs in honour of Pieta House previously, but never on this scale.

Martin says: “I said I’d get the ball rolling on it right away. I put a post on Facebook that day and people all of a sudden were flooding in with donations. I started to panic that Voodoo wouldn’t be big enough. I thought about taking it maybe to one of the hotels, but Roisin loves Voodoo.

“So, I went and asked Philip (Ward) if he could open up the whole of Voodoo. I told him I had a serious problem with the place holding the amount of people.

“I got the ball rolling and, before I knew it, there was about €500 in. It was mainly from young people, especially from young footballers.”

Republic of Ireland footballer Shane Duffy, whose father, Brian, is a native of Ard O’Donnell in Letterkenny, donated a Brighton and Ireland jersey for auction on Sunday as part of the fundraising.

Martin has already had people nominating him as a Donegal Person of the Year, but the modest musician isn’t taking much heed of that talk just yet.

“Yeah, put me down for Pope when you’re at it,” he laughs. 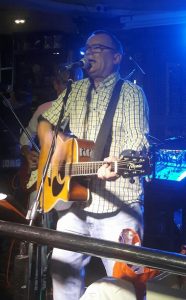 He’s had donations posted from all corners of the globe, with people sending money from America, Australia and Canada, while people flew in from Scotland and London just to be at Sunday’s event, which was kick-started by the Letterkenny Pipe Band, who played on the Main Street outside Voodoo.

Martin says: “I met a taxi man on Monday and he says: ‘Jesus, what kind of a crowd did you have in there on Sunday?’ He said he’d planned to go, but his phone kept ringing to lift people and take them in.

“I was worried coming up to the event about the scale of it, about the crowd and about everything really, but it was an amazing day.

Martin has also lost friends Kieran O’Hanlon, Paul Montgomery and Paddy Gallagher in recent times and has been staggered at the volume of people who have stopped him in the street to give donations.

Seamy’s memory lives on and the thought process for a similar event in 2018 is already flowing in Martin’s mind.