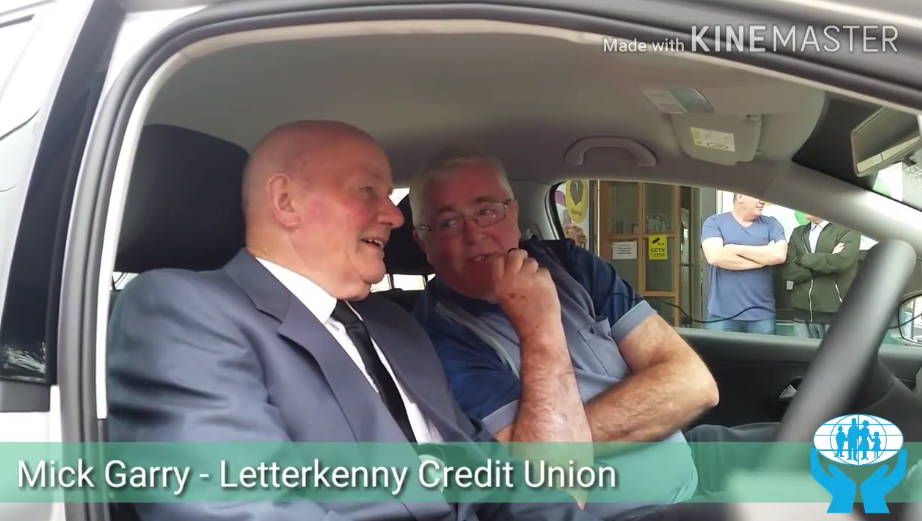 Mick Garry of Letterkenny Credit Union presented Eamonn with the car today, saying “Eamonn Andrews always said ‘this is your life’ – I’m saying to you Eamonn ‘this is your car!”

Eamonn was delighted and explained how his luck couldn’t have come at a better time as his previous car, which was 27-years-old, was becoming increasingly worse for wear.

Eamonn says; “This couldn’t have happened at a better time! The wee Starlet car I was driving was 27-years-old and it’s just come to the stage now where I was thinking I would have to change because the bodywork was somewhat getting worse for wear!

“This is just a lovely car and it couldn’t have come at a better time for me and I’m really delighted.

“I think it’s great for the Credit Union to have this prize every three months, it’s just fantastic and I think it’s a great draw to be involved in.”

Mick and the whole team at Letterkenny Credit Union wish Eamonn many happy years of motoring with his new set of wheels!