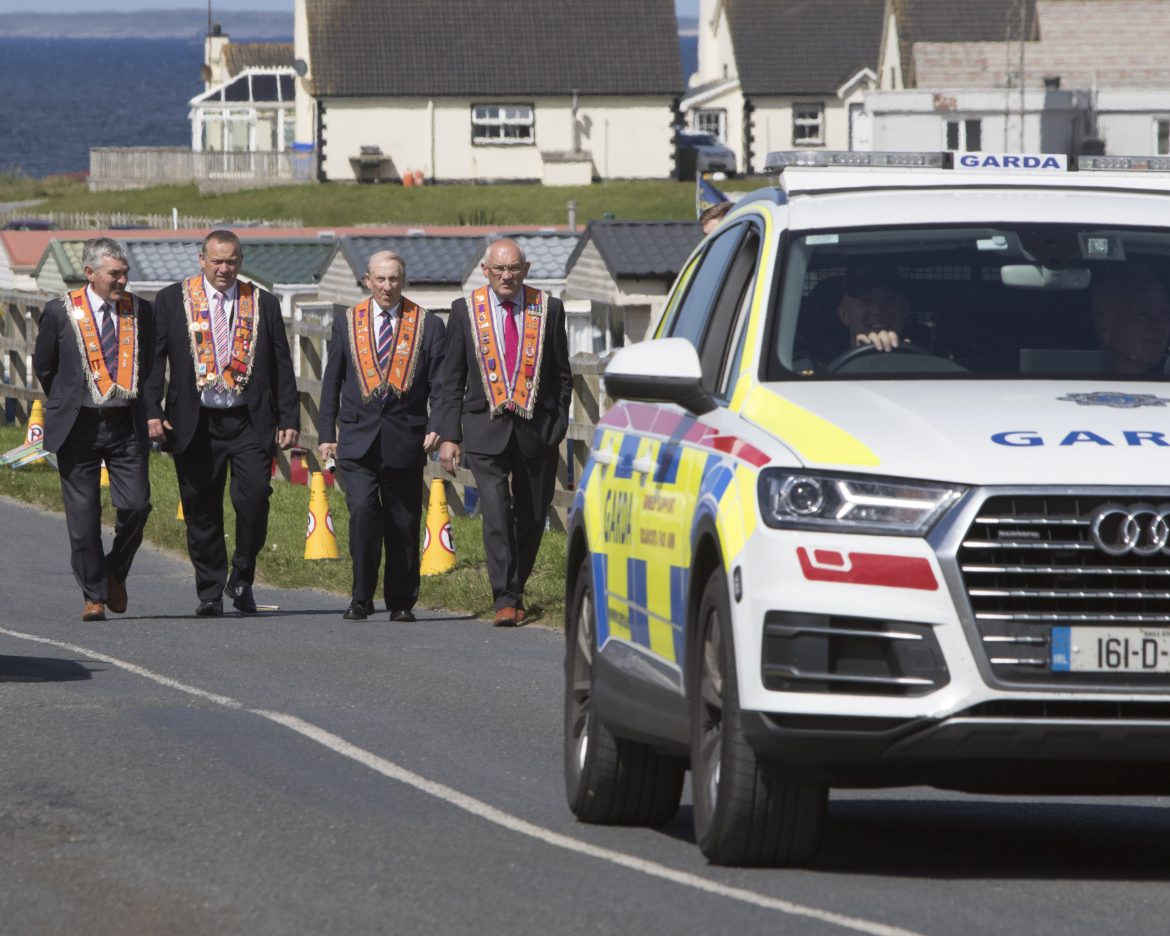 The Donegal march took place four days before the traditional date for Orange marches; the 12th of July.

Over fifty lodges took part in the march yesterday afternoon.

Orangemen soaking up the sunshine and atmosphere as they take stroll along Rossnowlagh beach during a break at the Orange Parade in Rossnowlagh. (North West Newspix)

The only Orange Order parade to take place in the Republic of Ireland, the Rossnowlagh Twelfth march has taken place there annually since 1978.

Orangeman David Colhoun enjoying a stroll along Rossnowlagh beach during a break in the Parade, with Karen McGonigle and daughter Hannah. (North West Newspix)